How do marine ecosystems respond to long-term global change? 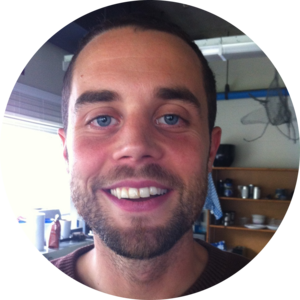 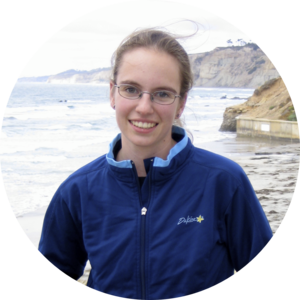 The earth is expected to continue warming, with current projections suggesting temperatures of up to 8°C higher in the next centuries. Understanding and mitigating the impacts of this rapid warming on marine ecosystems is a major challenge. Ecosystem models predict that fish will decline in productivity, abundance, and size as temperatures warm, but there remain many unanswered questions about how marine ecosystems will respond to future global warmth. Fortunately, we can look at the past to better understand our potential future. While the current rate of warming is unprecedented, Earth’s climate has varied throughout its 4.5-billion-year history, including climate conditions that were just as warm—or warmer—than those expected in the next century.

In our paper, Enhanced Fish Production During a Period of Extreme Global Warmth, we looked at the most recent “extreme greenhouse” period in Earth’s deep past, the Early Paleogene Period around 50-60 million years ago (Ma), and asked: How did marine ecosystems function in this alternative environmental state? While the timescales of warming during the Early Paleogene are very different from today’s anthropogenically-driven changes, this interval can provide insight into the fundamental mechanisms governing marine fish communities and ecosystem response to environmental change.

To investigate this, we first turned to the fossil record, collecting a high-resolution time series of fish fossil accumulation from 62 to 46 Ma from a sediment core in the South Pacific Ocean. As fish fossils fall to the sea floor, the rate of accumulation is a proxy for the productivity of fish living in the water column above and reveals changes in the production of fish during this time interval. We also used the size distribution of fossil fish teeth to infer body size distribution in the fish community.

What we found surprised us: contrary to model predictions, which suggested a decline in fish productivity in response to warming, we observed a ten-fold change in the number of fossils deposited in the sediment, with the warmest interval associated with the highest productivity. Remarkably, the rate of fossil accumulation correlated very well with an independent estimate of palaeoceanographic temperature throughout the record. Together, this suggested to us that the extreme warmth of the Early Paleogene was an unusually productive period for fish living the subtropical South Pacific. This unexpected finding left us with a big question—why?

To better understand the ecological factors that could increase fish production while keeping the size of the community constant, we built a simple model that propagated primary productivity up through an idealized marine food web to look at overall energy efficiency in the system. We examined how well temporal changes in the model’s ecological parameters explained what we found in the fossil observations. In our model, increased efficiency in the food web and increased primary productivity were able to quantitatively explain the fish fossil record. Changes in prey generalism, specialism or mean prey size, however, could not.

Our findings suggest that fish communities may thrive in warmer conditions. However, the speed of warming is an important part of the story. Fish communities may respond quite differently to slow vs. long-term warming—in this case, millions of years of slow warming captured in the fossil record vs. just centuries of rapid warming we may experience due to anthropogenic emissions. For large fish, centuries equate to just tens of generations, whereas million-year timescales equate to hundreds-of-thousands of generations. The latter scenario allows time for an eco-evolutionary response, while the former may not. We believe the timescale of warming may determine whether warming is a deleterious physiological stressor, or an environmental trend that eco-evolutionary processes are able to adapt to and, eventually, thrive in.

Many observational and modeling studies have shown that contemporary anthropogenic warming is decreasing the productivity of fish stocks, a trend that is expected to continue into the next century and beyond. Our results do not contradict this; rather, our novel combination of microfossil data and ecosystem modeling points to the unique stresses posed by rapid, anthropogenic climate warming, while offering further insight into the fundamental mechanisms shaping marine ecosystem response to environmental change, both in Earth’s deep past and its possible future.

Gregory L. Britten is a Simons Foundation Postdoctoral Fellow in the Program in Atmospheres, Oceans, and Climate at the Massachusetts Institute of Technology. You can learn more about Greg's research here.

Elizabeth C. Sibert is a Hutchinson Postdoctoral Fellow at the Yale Institute for Biospheric Sciences and the Department of Earth and Planetary Sciences at Yale University. You can learn more about Elizabeth's research here.