By Mathew Stewart, W. Christopher Carleton & Huw S. Groucutt—Using a new statistical approach, we found that climate change, and not overhunting by newly immigrated and rapidly expanding human populations, drove the extinction of the North America's largest and most marvellous beasts. 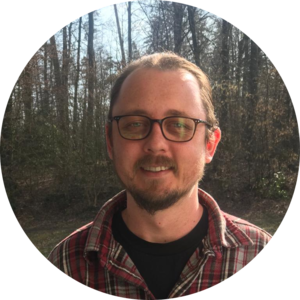 Alfred Russell Wallace wasn’t being overly dramatic when he wrote “we live in a zoologically impoverished world, from which all the hugest, and fiercest, and strangest forms have recently disappeared.” It’s true. Go back just two millennia and you’ll find pygmy hippos, giant lemurs, towering tortoises, and appropriately named elephant birds roaming the island of Madagascar. Travel back another ten millennia to North America and you’ll find mammoths and mastodons, saber-tooth cats and dire wolves, and car-sized relatives of armadillos. Head southward to South America and you’ll stumble across gigantic ground sloths, various species of elephants, and the bizarre toxodons with their rhinoceros-like bodies and hippo-like heads. Jump back even further—this time to around 40 thousand-years-ago—and across the Pacific to Australia and you’ll discover enormous wombat-like creatures, marsupial lions, and monstrous monitor lizards.

These animals have all since gone the way of the dodo (which, interestingly, went extinct alongside a number of other endemic taxa on the Island of Mauritius in just the last few centuries). What drove the ancient giants to extinction has been debated for decades, with researchers emphasizing human overhunting, climate change, or some combination of the two. And at the center of this debate sits North America. The region was hit particularly hard, losing roughly 80% of its megafauna genera and two entire mammalian orders—Perissodactyla (think horses) and Proboscidea (think elephants)—sometime between 15 and 10 thousand-years-ago.

Extinction is, of course, a process—meaning that it unfolds over time—and so to properly understand its causes, it’s crucial that we understand how populations behaved in the lead up to their extinction. One approach has been to use the radiocarbon record as a proxy for changes in past population densities, whereby a through-time increase in, say, the number of dated mammoth remains is thought to reflect a through-time increase in mammoth numbers in the past. And the most common, established method for analyzing such data has involved summaries of fossil dates sometimes called Summed Probability Density Functions, or SPDFs for short (Fig. 1). 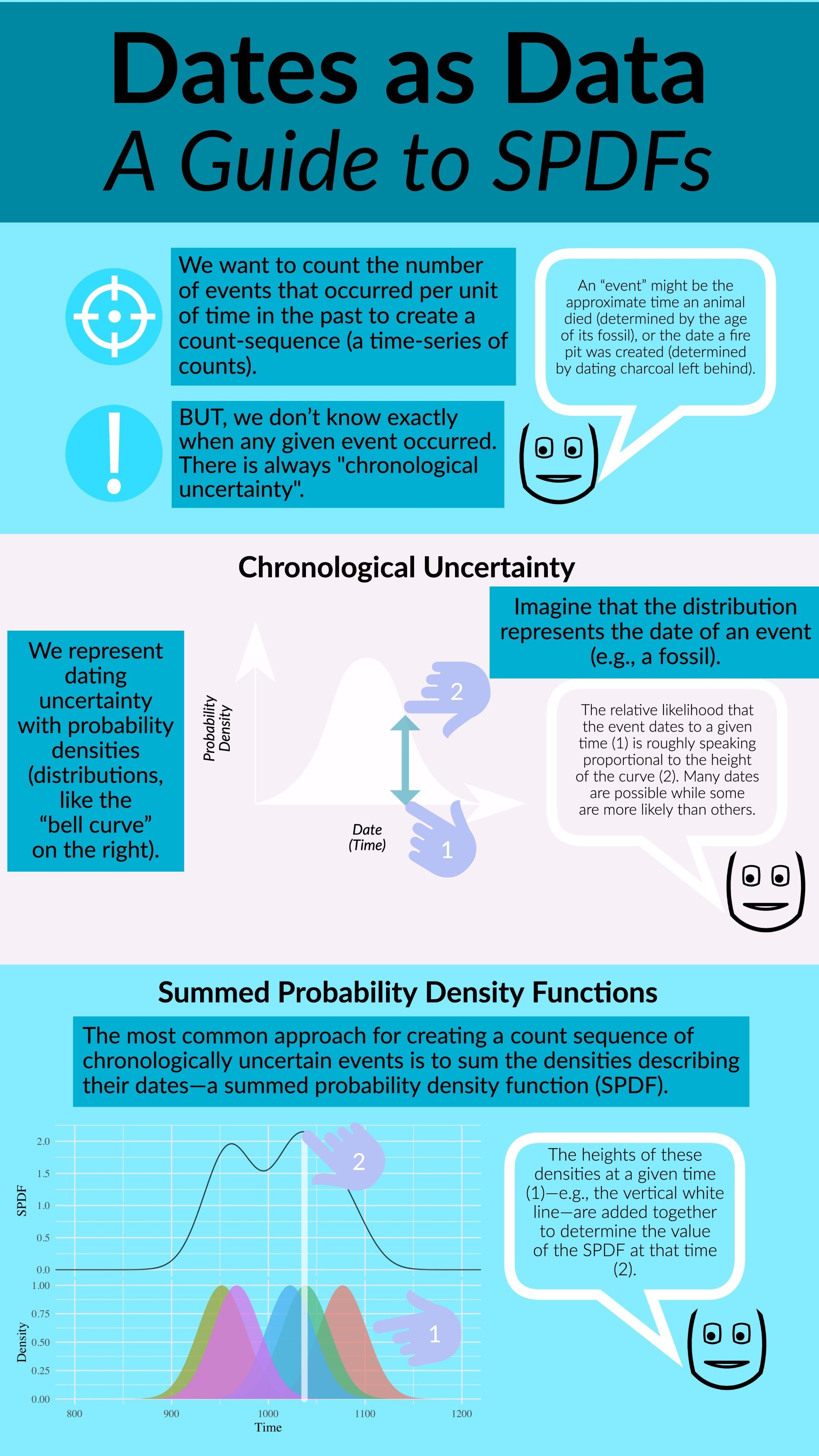 There are, however, a number of issues with using SPDFs in this way1. The main one being that fossil dates come with uncertainties, sometimes big uncertainties. SPDFs fail to account for this, instead blending information about fossil count with uncertainty about fossil dates. Given that SPDFs cannot separate counts from dating uncertainties, the resulting population proxy can be very misleading. A newly developed statistical approach2—radiocarbon-dated event count  (REC) modelling—gets around the issue by comparing the possible histories of fossil counts and archaeological site numbers that are all compatible with the relevant dates and their errors (Fig. 2). 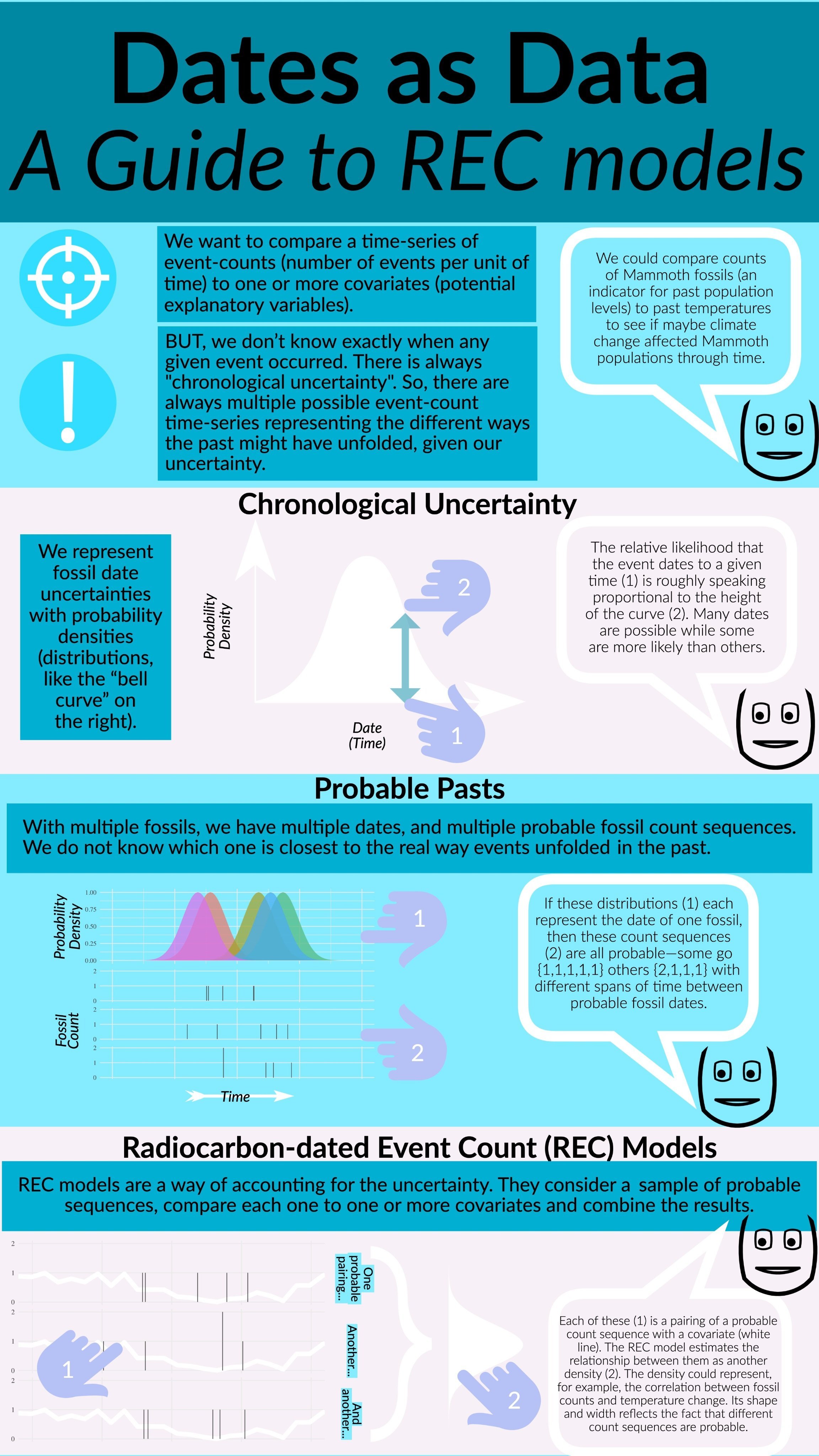 Following the development of this approach, our team began brainstorming ways in which this new method could be used to investigate past extreme events—our group’s primary focus. And immediately the Late Quaternary megafauna extinctions came to mind. This ‘event’ is perhaps one of the more contentious topics in the palaeosciences. Debates over its causes have raged since the 1960’s, and it has important implications for the current extinction crisis and the role of humans as drivers of major extinctions. That is to say, it’s an important event to understand, but one that we have little understanding of.

In our study3 we set out to test whether the extinction of North America’s “hugest and fiercest” animals during the Late Quaternary could be best explained by human overhunting, climate change, or both. For our megafauna and human population proxies we made use of large, recently published databases of megafauna fossils and archaeological sites4. For our climate proxy, we used the well-known North Greenland Ice Core Project (NGRIP) δ18O record as an indicator for past temperature change. On the one hand, we reasoned that if expanding populations of humans drove megafauna to extinction, the human and megafauna population proxies would be negatively correlated. On the other hand, if climate change was responsible, megafauna populations would correlate in some way (positively or negatively) with temperature.

Our findings were clear. Given the best available data, there is no evidence for a correlation between human and megafauna population levels and, therefore, no support for the idea that extinctions were driven by rapidly expanding human populations following their arrival to the America’s. We did, however, find a consistent through-time relationship between megafauna population levels and temperature change (Fig. 3). Specifically, that decreases in temperature correlated with decreases in megafauna and the timing of megafauna declines and extinctions appears to have coincided with the Younger Dryas, a period that saw the return of near-glacial conditions starting around 12,900 years ago. While these findings are at odds with a number of recent studies—including some that have used the problematic SPDF approach—our research should help to advance the ongoing debate. 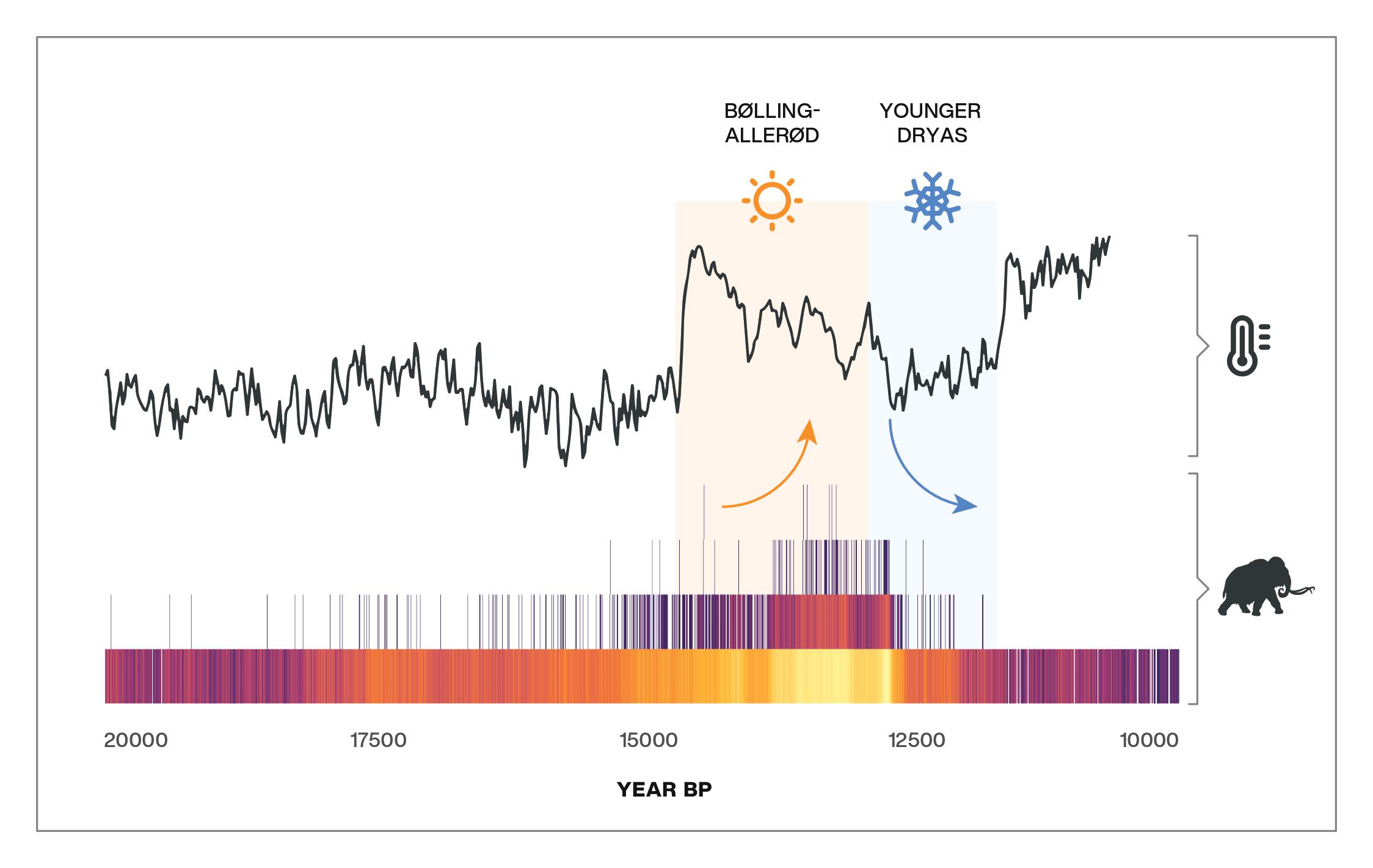 Figure 3. A simplified radiocarbon-dated event count ensemble (RECE) showing our temperature (top) and megafauna population (bottom) proxies. As shown, megafauna populations increased during the warm Bølling-Allerød interstadial, as indicated by more event-counts (i.e., dated fossils in this instance) occurring in the same year (higher on the y-axis) and greater agreement between REC models (brighter colours). Megafauna populations then rapidly declined around the start of the cold Younger-Dryas, followed shortly after by their extinctions.

It is important to note, though, that our findings only indicate that overhunting was not the primary driving force behind megafauna extinctions in North America. Nevertheless, there's still room for more complex anthropogenic roles in the megafauna extinctions. They may have contributed, for example, by disrupting megafauna subpopulation connectivity or by performing a coup de grâce on megafauna populations already careering to extinction. Testing these more nuanced hypotheses is at present difficult with the available data. Therefore, we believe that building more reliable records and robust methods for interpreting them remains a key task for fully understanding the Late Quaternary extinctions.

Very interesting findings you report here. I wonder if a similar methodology could be employed to examine megafaunal extinctions in other parts of the world (e.g. South America, Australasia, and Afro-Eurasia)?

Thanks for your message and interest in the article. Yes, this method could be used for any region with sufficient enough radiocarbon data. Unfortunately, for some places (e.g., South America) its my understanding that the radiocarbon data remains limited. But as these records continue to grow we will be able to explore more the use of such methods. Taking this approach beyond North America is definitely something that we are considering.