The amount of time it takes for a fertilised egg to develop into a fully grown adult varies hugely across the animal kingdom. For instance, it takes an elephant almost 10 years to reach independence following fertilisation, whereas a fruit fly is fully grown after only a matter of weeks. This extraordinary diversity is also encapsulated within birds, where albatrosses can take almost a year to develop from an embryo inside the egg to an independent adult, but a typical UK garden songbird takes little more than a month.

There have been many longstanding explanations put forward to explain why some species develop more quickly than others. Our new study, published in Nature Communications, tests these explanations by comparing development times for thousands of bird species with information on their body size, lifestyle, and the environment in which they live. In this blog article, we not only describe the major findings of our paper but also provide some insight into how the project itself came about.

The study originated largely by chance, sparked by a tangential observation and fuelled by fortunate circumstances. Three of us – Alison Wright, Chris Cooney and Nicola Hemmings – had all recently started independent research fellowships in the Department of Animal & Plant Sciences, University of Sheffield, which provided the relative freedom that allowed new ideas to spring up and the flexibility to pursue them. Casual chats over tea soon developed into exciting research discussions. Together, we began puzzling over some interesting variation in development rates that Alison had detected across a small number of bird species she was studying.

There was no doubt we’d hit upon something interesting but to investigate the drivers of this variation we needed more data – something that was provided by our fantastic collaborators in Bath, St Andrews, Sheffield and Pannonia. Independently, these groups had been collecting rich databases of ecological and life history information for thousands of bird species, and ultimately it was these connections – and the expertise and data that came with them – that allowed us to develop and test ideas we had formulated during those early conversations. The openness of others to share data and ideas was fundamental to the project’s success.

Our first major finding was that bigger species take longer to develop on average than smaller species. This fact is not necessarily that surprising – the positive relationship between body size and development length seems to be a general biological rule across the animal kingdom (consider again the elephant and the fruit fly). This suggests that allometry and metabolic scaling rules are important factors in determining developmental length. However, although body size is important, development times still vary even among bird species of similar size. For instance, the wood pigeon (Columba palumbus) takes on average 48 days to reach independence, whereas the similarly sized barn owl (Tyto alba) takes much longer, over 80 days. In fact, after controlling for evolutionary history between bird groups, our estimates suggest that just 22% of the variance in developmental durations across species is uniquely due to differences in body size. Clearly, other factors must be at play.

We found that particular aspects of a species’ lifestyle and environment are also important for explaining additional (i.e mass-independent) variation in development length. First, we found that birds that breed and develop in relatively safe environments – such as on isolated islands or inaccessible nest sites – take longer to develop, possibly because they can afford to spend longer in a vulnerable juvenile state. Second, pressures on when species can breed are also important. For instance, the offspring of migratory species develop relatively quickly, presumably to ensure that they are ready to return to their winter habitats with their parents at the end of summer. Finally, all organisms face a trade-off between reproducing and surviving, and different species solve this problem in different ways. Birds are no exception, and we found  that species with a ‘live fast die young’ strategy develop quicker, likely allowing them to maximise the number of offspring they can produce in the short time they have available.

Overall, our study shows how development length in birds is shaped by a number of factors, including how and where an organism lives and the mechanistic constraints imposed by body size. To us, these findings also underscore how finely-tuned the relationship is between an organism and its environment. More generally, this project has underlined to us the importance of enthusiastic colleagues, and openness and collaboration in research 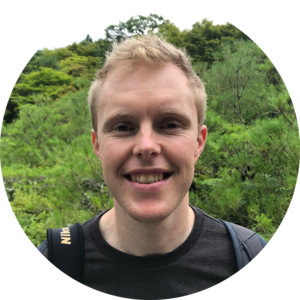 Behind the Mangroves’ roots of cooperation

+1
Alejandra G Vovides and 1 other
Nature Portfolio Ecology & Evolution Community
We use cookies to help improve your experience. By continuing to browse our website you are consenting to our use of cookies.
Learn more