Curious plumage: the genetic basis of white wagtail plumage is simple, but complicated

As a 12-year-old, Georgy Semenov became fascinated by a bird that didn't look quite right, but had no idea that he would eventually travel more than 3000 kilometers and sequence many genomes to uncover the genetic basis of plumage variation in a charismatic and widespread group of birds.

+1
Georgy Semenov and 1 other See all
Postdoc, University of Colorado
Follow 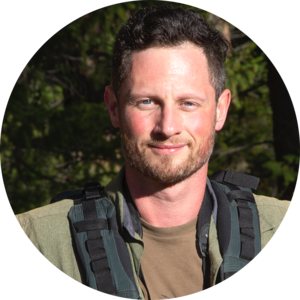 When I was about 12 years old, I was birding in a small municipal park on the bank of the Yenisei river in my hometown of Krasnoyarsk, Siberia. That day I found a strange looking bird that did not match drawings in my field guide, which was incredibly exciting. I followed it for quite a while to take a close look, noting its behavior and markings, and determined that it was a white wagtail, but it had unusual head plumage coloration not typical of white wagtails from my region. Who could know at that moment that, in the years to come, I would be chasing wagtails and their hybrids across thousands of kilometers from Russia to Central Asia trying to understand the mystery of their plumage!

A striking diversity of plumage patterns in Motacilla wagtails has been a long-standing evolutionary puzzle. Ernst Mayr (1956) framed it this way: “There is perhaps no other group of Palaearctic birds the variation of which is as puzzling as that of yellow wagtail (Motacilla flava) complex”. The white wagtail (Motacilla alba), that is the yellow wagtail congener, gives up only a bit in terms of plumage variation and the number of subspecies. There are nine commonly recognized taxa of the white wagtail distributed from northern Africa to the Arctic coast (Figure 1).

One prominent aspect of plumage variation in wagtail subspecies is that all phenotypic diversity is “concentrated” in a few plumage hotspots of evolutionary change – head and neck sides, back, and wing coloration (Figure 1). To make it harder for birders (and evolutionary biologists) to navigate in this black, gray and white bonanza, many subspecies have hybrid zones where they produce intermediate-looking offspring. Despite ongoing hybridization, many hybrid zones between wagtail subspecies remain relatively narrow, suggesting some degree of reproductive isolation. Not surprisingly, white wagtails have been an appealing group for scientists who wish to make sense of their rich phenotypic diversity and understand its evolutionary origin.

The advent of molecular markers has helped clarify many cases where the evolutionary relationships between taxa were previously poorly understood. The wagtails, however, have stood their ground and have not rushed to reveal their secrets. Several studies that examined phylogenetic and phylogeographic patterns across the white wagtail radiation (Alström & Mild 2003, Pavlova et al. 2005, Li et al. 2009, Semenov et al. 2018) came to a similar conclusion: there is little to no population differentiation between phenotypically recognized wagtail subspecies. Even if some degree of phenotypic structure was detected, the geographic boundaries of genetic clusters had little to do with the distribution of what we call wagtail subspecies based on plumage (Pavlova et al. 2005, Li et al. 2009, Semenov et al. 2018). Even using the newest sequencing methods and examining thousands of genetic markers, instead of a handful, revealed the same story and confirmed that there is likely only a small fraction of genome associated with plumage differences in wagtails (Harris et al. 2018).

The next few pieces of the puzzle came from a detailed study of alba and personata subspecies of the white wagtail (Semenov et al 2017, Figure 2). By sampling a 3,000 kilometer-long transect across their hybrid zone in Siberia (Figures 3 and 4) and parental populations, the authors, myself included, compared variation in a set of phenotypic traits and ~ 20,000 genetic markers obtained using genotyping-by-sequencing. Among several aspects of phenotypic differentiation between alba and personata, including the coloration of the head and neck sides, the intensity of gray color on the back and white color on the wing, and body size, head plumage was the only trait we found to be associated with partial barriers to hybridization.

Considering the composition of social pairs in the hybrid zone center, which we measured, assortative mating by head plumage is a likely cause of these partial reproductive barriers. During our time in the field, we also noticed that head plumage was limited to the parental subspecies plumage type and only a few intermediate categories. This suggested to us that head plumage was likely encoded by only a few genes of large effect. Strikingly, we also documented a ~300-kilometer geographic displacement between the transition in head plumage and genomic ancestry, suggesting asymmetric introgression of melanistic personata plumage into the alba genomic background. While this geographic mismatch between a trait seemingly involved in reproductive barriers and the majority of genetic markers was hard to interpret, it offered a great opportunity to dissect the genetic architecture of head plumage due to its decoupling from ancestral genomic background. It also was clear that using whole genome sequencing would be necessary to get the resolution we would need in order to find the genomic regions containing wagtail plumage genes.

In a study just published in Nature Communications (Semenov et al. 2021), we compared whole genome sequences of tens of individuals of alba and personata from across their hybrid zone and remote allopatric populations. When it comes to understanding the genetic basis of phenotypic variation, hybrid zones provide a unique opportunity. Hybridization results in continuums of phenotypic and genetic variation, aiding in the search of casual genetic variants. By applying this framework, we found that only two very small genomic regions were associated with head plumage, consistent with our predictions of a simple genetic architecture.  These genomic regions contained a handful of genes, of which Agouti Signaling Protein (ASIP) located on chromosome 20 (a gene with well-characterized function in melanogenesis regulation) appears to play the major effect. The role of the second region on chromosome 1A remains hard to interpret because it is predominantly a long stretch of non-coding sequence. While this region on 1A might be regulating expression of a nearby gene (and we have found some candidates nearby), it could also be acting as a trans-regulatory element of ASIP. This latter mechanism could be a plausible explanation for why the two regions involved in plumage coloration, which are on different chromosomes, are asymmetrically introgressing in tight linkage with one another. Interestingly, despite wagtail head plumage having a very simple genetic architecture, we found that partial dominance and epistasis are associated with its inheritance. We also show that peculiarities of the genetic basis of phenotypic traits can contribute to their asymmetric introgression and might explain the observed decoupling of phenotypic and genetic variation in alba and personata wagtails. Excitingly, the candidate mechanisms we report in two wagtail subspecies might be broadly applicable to explain discordance between phenotypic and genomic variation in the white wagtail radiation and in other young avian radiations. Read more about our findings here.

Our study on wagtail plumage adds to the growing body of literature using whole genome sequences to understand the genetic basis of plumage variation in birds (Funk and Taylor 2019). Our results also further highlight the role that ASIP plays in animal coloration more broadly. Often thought of in the context of mouse coat color, and more recently adaptive introgression in snowshoe hares, ASIP also appears to be a very important gene regulation melanic coloration in a variety of bird species, ranging from warblers to geese. That the variation being detected in studies such as ours, and other recent studies of birds, is outside of coding regions adds more weight to the argument that a lot of variation in avian plumage comes from differential gene expression rather than loss of function mutations.

With an understanding of the genetic regions involved in plumage variation we can begin to explore patterns of evolution and diversification and better understand how plumage plays a role in the generation of new bird species (e.g., Baiz et al. 2022). Further, the pattern of displacement between genomic ancestry and plumage is not unique to the wagtail system (e.g., Baldassarre et al. 2014) and the insights from our study may help advance the study of this confusing pattern in other systems.