Virginia barrier islands have been rapidly transformed over the last century due to warming climate and sea-level rise. About 1.5 km out in the Atlantic Ocean once stood the town of Broadwater on Hog Island, Virginia with tall dunes fronting expanses of pine and oak forests. In the 1930s, the last house from the island was transported to the mainland and all that remain are memories and photographs. Anything that remained on the island was lost to the ocean as the south end rapidly eroded. A different story emerged on the north end of the island. Here the 1871 shoreline is now marked inside a >60 year old thicket of the native shrub Morella cerifera. At the present day shoreline, recently established shrub thickets in the north are now eroding into the ocean and shrubs have established on the south end of the island.

1871 shoreline is now in the oldest Morella cerifera thicket on Hog Island. Accretion of sediments on the north end occurred during the time the south end was eroding.

Present day erosion on the north end of Hog Island where Morella cerifera thickets are now eroding into the ocean.

Regime shift from grass to woody dominated communities is occurring worldwide due to many climate and land-use drivers with various consequences to the landscape. Along the U.S. Atlantic coast, encroachment of Morella cerifera is fast once seedlings establish in grassland, taking ~15 years to form extensive tall thickets that outcompete other species. To understand mechanisms behind these transitions from grass to shrub we established long-term monitoring plots in grassland, shrub thicket, and areas in transition on the south end of Hog Island as part of the Virginia Coast Reserve Long-Term Ecological Research program. Working in a coastal setting may seem ideal, but upland, interior communities require dedication as the environment can be hostile at times. Amidst the chiggers, ticks, and mosquitoes that plague these plant communities my lab has conducted research on state change in this system for several years. Using a novel time series analysis, we found this ecosystem engineer creates self-reinforcing microclimate modification in minimum and maximum temperatures through reduced temperature variance with a positive influence of one day on the next. Increased evapotranspiration (ET) of shrubs creates a potential positive feedback with growth, further reinforcing shrub communities. We also found microclimate modification and enhanced ET in transition areas where the landscape is patchy and full thickets have not yet formed. This approach may be used in understanding self-reinforcing mechanisms of woody encroachment globally.

Shrub encroachment has consequences for landscape function. High annual productivity and leaf area prevents growth of understory forest trees in the low light environment. We do not see progression to the maritime forests that were once found on this island, and remnant forest on nearby Parramore Island is now dominated by Morella cerifera canopy. As sea-level rises, the island relies on sediment overwash to maintain position above sea-level, but shrubs impede this process resulting in higher shore erosion. Shrub encroachment is creating new ecological scenarios for barrier islands that may reduce resilience in a changing climate.

Cobb Island August 12, 2011 (photo credit John Porter). Shrubs expanded and dominated large portions of the island by the late 1990s. In the 2000s the island began to erode. Presence of shrubs increases shoreface erosion of the island with sea-level rise.

Cobb Island November 17, 2017. The same portion of the island has been severely eroded and very little sediment remains to roll onto the marsh. Marsh channeling is visible on the shoreline side of the island and some woody debris remains. 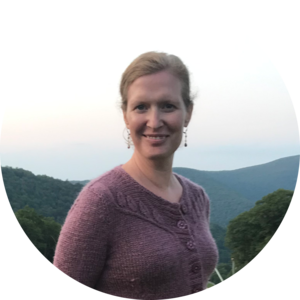