When I was a graduate student, I found that diamondback moth could not survive in the cold winter in northeast China (at Gongzhuling in 1988) based on my field survey in late winter, low temperature survival experiment and overwintering trials in the field. I further found that the immigrations of diamondback moth were synchronized with a well-known migratory species, the oriental armyworm. I inferred the moths migrated into Northeast China with the help of the southwest air flow, since the highest wind speeds were most frequently from the southwest and occurred at the same day with the peak of catches of the diamondback moth in pheromone traps.

Twenty years later, in 2008, my friend Dr. Li-Hua LV from Guangdong Academy of Agricultural Sciences (we studied in Prof. Rui-Lu Chen’s laboratory for our Msc.) invited me to join a project on pesticide-resistance monitoring and sustainable control of diamondback moth. He knows that I had experience to study ecology of diamondback moth. I asked myself whether the overwintering status and long-distance migration of diamondback moth were related to pesticide resistance? I knew the pesticide resistance in south of Yangzi River in China was very serious problem, but hardly heard the same problem in north part of China.

Anyway, I was interested in the geographic distribution of overwintering survivals especially the overwintering boundary of this moth in China and even in the whole world. We have conducted a low-temperature survival experiment in laboratory that simulated winter temperatures of 10 selected sites across a latitudinal gradient in China. To verify the cold survivals from the laboratory, we conducted field experiments for winter survival in multiple years at various geographic sites in China and preliminarily concluded that diamondback moth can stably overwinter in the south of the Yangtze River in China, sporadically overwinter in Henan Province, and cannot overwinter in the north China.

In 2015, we invited Dr. Volker Rudolf from Rice University to visit our lab. We discussed the potential collaboration to work on this paper. To predict the global overwintering survival, together with Volker, we identified which metrics and models best-describe winter survival across a climatic gradient based on the laboratory results and finally found exponential model based on low temperature degree-days (LTDD) was the best. To validate winter survival models for field conditions, we compared model predictions to observed survivals in field experiments. We further extrapolated our winter survival predictions to a global scale under present and future climate scenarios. By analysing experimentally-parameterised and field-tested models, we show that climate change over the past 50 years increased the overwintering range worldwide.

Volker suggested that besides overwintering success, other factors such as the temperature during growing season may also impact and even confound the role of overwintering success. We then systematically considered the role of other factors such as the effective temperature degree-days (ETDD) during growing season (by changing the annual number of generations), types of pesticides with different action mechanisms (by changing speed of resistance evolution), sampling location and year (may related with the intensity of pesticide application). To isolate the effects of overwintering types (permanent, marginal, transient) on resistance from other factors, we fit a linear mixed model with resistance ratio as the response variable, overwintering-type and pesticide variety as fixed factors, ETDD as a covariate, and combination of sampling location and year as a random factor. We evaluated the significance of each fixed factor, covariate, and their interactions. We still found that overwintering type is a very important factor to determine the pesticide resistance after considering these factors. 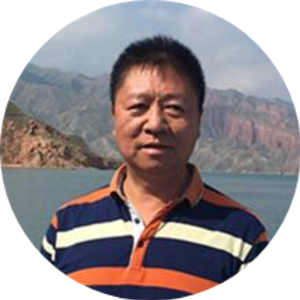 We aim to discover impacts of climate changes, especially the extreme high events imbedded in the complicated natural changes of temperatures on insect pests and predators, and the underlying ecological and physiological mechanisms. We analyze and extracts the warming features in different seasons and regions based on historical dataset and simulate these features with > 30 programed climate chambers. We observe demographics and physiology in the lab and then verify findings with field data, and finally test the generality of findings with meta-analysis.