Climate catastrophes and abrupt climate change can significantly affect the assessment and perception of the risks that climate change entails but research about their consequences on natural and human systems is still scarce. Abrupt climate change events are defined as those occurring in short time scales (e.g., a few decades) where the climate system is forced to exceed a threshold and a new state is reached (1). The probability of occurrence of these events is usually unknown but have large and widespread impacts over near and remote locations, as well as in a variety of spatial and temporal scales. For instance, these events were documented in the past by the paleoclimatologist Willi Dansgaard and collaborators studying Greenland ice cap and oxygen isotopes in ice cores collected by the US Army (2). During the last 250,000 years, periods of climatic instability have been the norm rather than the exception. Climate stability during the Holocene (i.e., the past 11,700 years) allowed human civilization to flourish. The impacts of past abrupt climate change events on biodiversity have been explored and it is expected that this knowledge can provide clues about how species could behave under future climate change conditions. However, with a few exceptions, the impacts of future abrupt climate change events on biodiversity have been rarely addressed in the literature.

Abrupt climate change can be brought about by a variety of processes, including the shutdown of the Atlantic meridional overturning circulation (AMOC). The AMOC is a pivotal system of ocean currents that distributes energy and heat around the globe and therefore plays a large role in regulating the world’s climate. Francisco Estrada worked in a previous paper about the consequences of a slowdown of the AMOC on economics using integrated assessment models. Although he is an economist, he also believes that many of these models do not currently offer an adequate representation of the economic impacts and risks of climate change, particularly in the case of catastrophic and abrupt climate scenarios. I joined the Center of Atmospheric Sciences of UNAM as a researcher at the end of 2018 and I started a tight collaboration with Francisco and Oscar Calderón to evaluate the impacts of climate change on multiple facets of biodiversity. Francisco mentioned the possibility to start a collaboration with Didier Swingedouw and Dimitri Defrance, french climatologists who specialize in modeling and studying the consequences of AMOC weakening/collapse on global climate by means of physical climate models. The idea emerged to contribute to the scarce amount of information currently available about the impact this kind of event would have on biodiversity. In this way, our latest paper “Synergistic impacts of global warming and thermohaline circulation collapse on amphibians” published in Communications Biology is the first product of this multidisciplinary, international collaboration effort. Oscar Calderón, our gurú on data processing, produced climatologies with different spatial resolutions and generated the bioclimatic variables required for our ecological niche models. These variables were used to derive climate-driven range contractions and expansions in amphibian species across the world. We chose amphibians for this first paper, because I’ve been trained as a herpetologist and I love these critters, and amphibians are also one of the groups on the brink of extinction (remembering the title of a song by Napalm Death).

Our co-authors Carlos Gay and Carolina Ureta contributed with discussions and data analysis that enriched the paper.  We did a lot of preliminary analyses and played with different ways to represent climate anomalies (e.g., deltas, multivariate indices, maps, radar charts, boxplots; you can find most of these figures in the supplementary material). Anyway,  our study is one of the first to evaluate the synergistic effects of a high-warming scenario and a catastrophic climate event that would affect the distribution and the resulting geographical species richness patterns of a charismatic taxonomic group. Results suggest that the impacts on biodiversity under such a scenario are characterized by a highly nonlinear response of amphibian species that leads to a large loss in biodiversity. Although according to the last IPCC special report about the ocean and cryosphere, the probability of an AMOC collapse is very small during this century, it is physically possible. Moreover, there is growing evidence that AMOC has been weakening over the last 150 years. We consider that a better representation of the potential consequences of these low-probability, high impact climate scenarios are of utmost importance to adequately represent the risks of climate change and to inform international climate policy. Accordingly, we will continue to contribute to the assessment of the potential impacts of these scenarios on natural (e.g., different taxonomic groups and other biodiversity dimensions) as well as on human systems.

Sex reversal in the alpine skink, Bassiana duperreyi, adds a new dimension to the impact of climate change of reptile populations 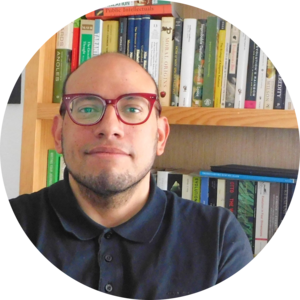