Clarifying the evolution of bobtail and bottletail squid

+1
Gustavo Sanchez and 1 other See all
Researcher, Hiroshima University
Follow 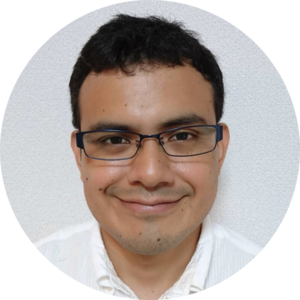 Members of the order Sepiolida are the second smallest group of decapodiform cephalopods,  after the pygmy squid Idiosepius. Sepiolids are comprised of two families, the Sepiolidae and Sepiadariidae, also known as bobtail and bottletail squid, respectively. While their common name in English refers to the “bobbed” or “bottle” shape of the posterior part of their body, in Spanish, they are called “globitos” (little balloons) which refers to their entire body shape; and in Japanese, they are known as “mimi-ika” or "ear squid" after the large proportion of the fins in their mantle, giving an impression of an animal having big ears.

With sixty-eight valid species, bobtail squid are the most diverse sepiolids and are split into the subfamilies Sepiolinae, Rossinae, and Heteroteuthinae. Sepiolines and rossines have necktobenthic distribution, and heteroteuthines are the only lineage with a pelagic lifestyle. The Hawaiian bobtail squid Euprymna scolopes is a well-known sepiolin, used as a model organism of symbiosis with Aliivibrio fischeri that is hosted in the light organ of this animal (Ruby 1996). When present, the light organ of sepiolines has either round or bilobed shape and produces luminescence through its symbiotic bacteria (bacteriogenic luminescence). While nearly all rossines lack light organs, all heteroteuthines have it as a round shape that secretes mucus with luminescence (autogenic luminescence).

Producing luminescence is important for the survival of bobtail squid. Bacteriogenic luminescence, for example, helps bobtail squid to hide from predators while hunting at night in the water column. This particular defense mechanism is also known as counter-illumination in marine animals. On the other hand, bottletail squid, the sister group of bobtail squid, all lack a light organ. The most representative bottletail squid is the striped pyjama squid Sepioloidea lineolata, known for the white stripes around its body which are produced by an unordered arrangement of the skin reflector cells (Bell et al. 2014). They are also known for the secretion of peptidase and proteases from their slime (Caruana et al. 2020), used as toxins to defend themselves from predators.

In 2017, I joined the Molecular Genetics Unit led by Prof. Daniel Rokhsar at the Okinawa Institute of Science and Technology as a Visiting Research Student. The team aimed to explore the diversity of bobtail squid from the Ryukyu Archipelago and raised them in the laboratory. Some sepiolines have characteristics that made them a potential model organism to understand the biology of cephalopods: they reach maturity at 1 to 5 cm of dorsal mantle length, are easy to collect in the field by scuba diving, have an average life span of three months; a single female can lay hundreds of eggs, and many of them can be raised together in a single tank.

We started collecting sepiolines around the Ryukyu Archipelago to characterize these animals with morphology and molecular sequences, and this research that led to the description of a new species, the Brenner’s bobtail squid Euprymna brenneri (Sanchez et al. 2019). We also re-assigned the previous Sepiola parva Sasaki 1914 to the genus Euprymna (and later, Bello (2020) reassigned E. parva to the new genus Eumandya). These reassignments highlighted that morphological-based systematics is complicated in bobtail squid. In fact, bobtail squid are known to have very limited morphological traits to identifying them at the species level. The species identification requires the sampling of mature males, which hectocotylus (modified arm for reproduction) have different morphology depending on the species. On the contrary, females of the same genus are nearly identical.

Video 1. Sampling of eggs clutches in the Okinawa Island.

Video 2. An adult bobtail squid in the Okinawa Island.

Despite our efforts to include more species, we were only able to collect the most representative genera from the Indo-Pacific. While bottletail squid are only found in the Indo-Pacific Ocean, bobtails are widely distributed in nearly all world's oceans. A complete understanding of the evolution of these animals clearly required a more extensive sampling collection. Hence, soon after our first publication, we started a collaboration with Dr. Fernando Fernandez Alvarez, who was based at the Institut de Ciències del Mar (CSIC) in Barcelona back at that time. He was intrigued by the high diversity and cryptic speciation of bobtail squid in the Mediterranean Sea and the Atlantic Ocean during his Ph.D. studies (Fernández-Álvarez et al. 2021). Later, Prof. Louise Allcock and her Ph.D. student Morag Taite from the National University of Ireland Galway also joined the collaboration and provided more bobtail squid from different locations. Together, we achieved a fantastic collection of thirty-two bobtail and bottletail squid carefully identified with morphology and across nearly all their known distribution. With these collections on hand, we decided to move forward with the project of sepiolids evolution.

We found support for the monophyly of each bobtail subfamilies and the sister relationship between the bobtail and bottletail squid. The monophyly of heteroteuthines supported the association between autogenic luminescence and pelagic lifestyle found in other coleoids. Sepiolines were found sister to the rossines and heteroteuthines, and split into two distinct biogeographic lineages, one from the Indo-Pacific Ocean (IP) and the other from the Mediterranean Sea and the Atlantic Ocean (MA). These lineages are now two new tribes, and we named them as Euprymmini and Sepiolini, for the IP and MA lineage, respectively. The separation of these tribes coincided with the closure of the Tethys Sea, around the early Eocene and beginning of Oligocene when these two biographic regions were separated. It was surprising to find that some Loliginidae, neritic squid from the order Myopsida, presented a similar biogeographic split around the same epoch. Furthermore, we also found that the ancestor of sepiolines existed before the early Eocene and possessed a bilobed light organ with symbiotic bacteria. Such ancestral character implies that the light organ of sepiolines was lost independently in Inioteuthis from the Euprymmini tribe and Sepietta from the Sepiolini tribe.

While the evolutionary relationship of nearly 50% of bobtail squid awaits to be studied, the phylogenetic trees and ancestral reconstructions from our collections provided solid information about the evolution of the main sepiolids lineages. These results have been published in our recent paper in Communications Biology.