Territorial spaces are important places for human survival and development and provide the fundamental guarantee of economic and social development. Since November 2013, one of China’s top agenda items has been proposed: reforming the current National Spatial Planning System (NSPS).

Territorial spaces, i.e., geographical spaces with the national sovereign rights, are important places for human survival and development and provide the fundamental guarantee of economic and social development. In the past decades, the rapid but extensive growths (e.g., economic boom and urban overexpansion) of China have caused tremendously unbalanced, uncoordinated and unsustainable uses of territorial spaces, significantly impeding the inclusive, green development in China’s new era of ecological civilization (1, 2). To tackle these structural problems in territorial spaces, China has launched one of the top national agenda items since November 2013: reforming the current National Spatial Planning System (NSPS) (3).

Current NSPS, deeply influenced by the thought of China’s previous planned economy and the power balance mode of government agencies, is not a real system but a jumble of various plans (e.g., plans for major function-oriented zones, land uses and urban-rural development) (4). Statistics show that the jumble consists of >83 statutory plans and >7300 non-statutory ones (5). Moreover, congenital disabilities are emerging, for instance, the incoherence among plans, the overlap and conflict of planning contents, the fragmented rights in planning and supervision, and the arbitrariness of local governments (6). Even worse is that these plans are increasingly difficult to efficiently implement due to the intense game of stakeholders in territorial development and protection (1).

So far, China has taken a series of actions to boost the NSPS reformation and realize high-quality territorial governance. For instance, (i) the restructuring of a newly centralized body (the Ministry of Natural Resources) and its local ones were established by merging various government agencies with planning functions between March 2018 and March 2019; and (ii) an ambitious blueprint of NSPS issued on May 1st, 2019, which aims to build a uniform, normative and efﬁcient system by integrating diverse plans and straightening out four organic subsystems (technical standard, plan-making and approval, implementation and supervision, and regulation and policy) (6).

For the foreseeable future, the NSPS reformation by an excessive concentration of rights will surely centralize planning powers and unify spatial plans, thereby improving China's ability of territorial governance for a short time. Therefore, we need to guard against risks of highlighting the thought of planned economy and weakening the vitality of markets and local governments. In the past 41 years, China's reform and opening-up has gradually established the development path of socialist market economy, but the deep-rooted thought and practices of the planned economy remain prevalent in spatial planning. Even so, technical aspects of the NSPS reformation have still been paid intensive attention (1, 2, 4). However, we think that the most critical and challenging question has been neglected selectively: how to eliminate the thought of planned economy in spatial planning, enhance flexible and comprehensive thought of market economy, and seek the balance of territorial development and protection among stakeholders (e.g., central government vs. local government vs. the market)?

6. “Suggestions on the Establishment, Implementation and Supervision of National Spatial Planning System”, Xinhua (2019); http://www.gov.cn/gongbao/content/2019/content_5397679.htm [in Chinese]. 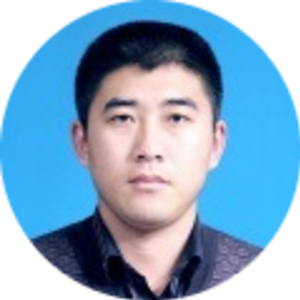