Camouflage is great – except when something screws things up

The diminishing snow covers of the boreal zone have influenced both flora and fauna. Snow conditions vary between the years - obviously. Yet, the recent trends suggest that the snow-free autumns and springs are getting more common. "Indeed, and it sucks." -said the willow grouse.

Imagine playing hide-and-seek against predators with the finest eyesight ever evolved. You want to hide. You want to blend in with the surroundings and do whatever it takes to avoid being spotted, but what can you do when you are egg-shell white and the snow is not there. With that in mind, we wanted to check whether the prolonged snow-free seasons of Finland have had a role in the decline of the willow grouse (Lagopus lagopus) (Fig. 1).

Figure 1. Left: a situation that the bird does not want. Right: two well camouflaged willow grouses.

While the willow grouse populations have shown declining trends over the years, it is hard to say what changes in the environment explain this variability as so many gradual changes have taken place simultaneously. To study this kind of a case, one needs spatially explicit data on both, the abundance of the study species as well as the weather over a long period of time. We were lucky to get these data from the Finnish Meteorological Institute (FMI) and from the nationwide wildlife triangle surveys of the Natural Resources Institute Finland (LUKE) that has been collected by voluntary hunters for 30 years (Fig. 2). More details on this survey network are provided in the paper. Check it out; the survey system is really neat ;).

Figure 2. Finland overlaid with the geometric centroids of the wildlife triangles.

History told us that the species was lost locally across southern Finland due to unusually warm winters of the 1930s. Similarly, past researchers had seen that the mismatch seasons lead to excess predation by the raptors on the poor white-coated willow grouse. These cases were valid, yet local, and now we wanted to test whether these hypotheses would prove to be true also across landscapes – especially since the snow-free seasons have become more common. It turned out that the past researchers were concerned for the right reasons.

In an analysis that took into account the variation between the survey years and survey sites and the possibility for a global trend that is not related to weather conditions, we found a causal relationship where snow-free days of April led to decreases in willow grouse numbers. On average, one snow-free day in April led to 3 % decrease in the grouse numbers, meaning that a mere five days would drop the populations by 15 %. Now, we knew there was a declining general trend, but we went beyond it: we operated at the level of the individual survey site in relation to both, willow grouse abundance and snow cover data. Still, the daunting results stayed. The poor willow grouse will now join the club of mismatches populated by the willow ptarmigan (Lagopus muta) and the snowshoe hare (Lepus americanus) for instance (check the paper for references to these studies).

Still, why should we care?

Finland lost loads of natural willow grouse habitats by large scale drainage between 1960s and 80s, but restoration campaigns have seen the species breeding in these areas again. Now, it seems that conservation is just one piece in the puzzle: can the species adapt to the changed environmental conditions? is an equally topical question.

That years vary and differ from one another is nothing new, and every now and then the camouflage mismatches will happen – a mere single year won’t do much harm at the population level. It is only when the mismatch years start to become the new normal or the new average (instead of being deviations from it) that we should get concerned. How this goes with the willow grouse and other seasonally color coated species… well, let us continue the research and find out. 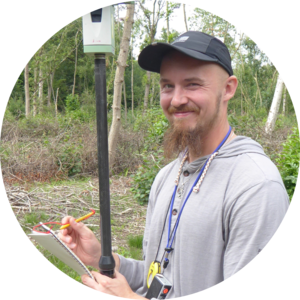 Bit of remote sensing, bit of GIS . Generally, just applying geospatial methods to issues relating to forests, their pests and wildlife - yes, so cool. I can sit in the office and analyze the data, write the papers or get nerdy with the geospatial stuff. However, I also enjoy planning and executing the field work whether in deep snow, heavy rain or under a hot sun. My field work experience has been collected from Finland, UK, Burkina Faso and Sierra Leone. The GIS and remote sensing experience comes from both, research and teaching. Cheers!
Follow