Camel - the animal of the past, present and future

+2
Sara Lado and 2 others See all
PhD candidate, Vetmeduni, Vienna 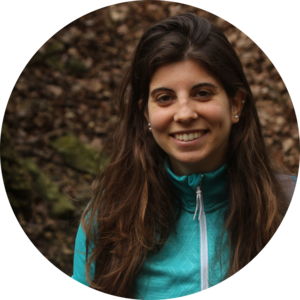 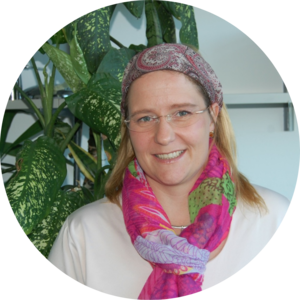 Camels are just amazing creatures. Unfortunately, we feel they still have not received the scientific attention they deserve, as they have always been valuable to humans in many ways. Due to their unique adaptations to different and extreme environments, no other domestic animal (e.g. cattle, sheep or goat) is able to provide such a variety of services (production, leisure and transport) to people.

In our study, we took advantage of the CA.RA.VA.N network (toward a CAmel tRAnsnational VAlue chaiN; https://anr.fr/Project-ANR-16-ARM2-0002) and the International Camel Consortium for Genomic Improvement and Conservation (www.icc-gic.weebly.com) and collected samples from over 120 dromedaries worldwide. By Double Digest Restriction-site Associated DNA sequencing (ddRADseq) around one hundred dromedaries (and one Bactrian camel to check for crossbreeding), we could identify effective migration patterns which fit known trading routes on the Mediterranean coast connecting Northwestern Africa to the North of the Arabian Peninsula (see figure below). Thus, it fits to where it is known caravans traveled towards Southern Asia along the Silk Road. Dromedaries and Bactrian camels, the two domestic Old World camels, have been invaluable for the transport of goods along the Silk Road. Interestingly, today, camels are bred for so many other traits and can have different coloring forms, but still we could not detect strong population structure. We suspect that the dilution of such possible population patters might be a consequence of these back-and-forward movements from trading roads. Moreover, the crossbreeding between these two domestic species, which has already started in Roman times, was also intended to produce animals with the robustness of the Bactrian camel, the endurance of dromedary, and the ability to tolerate sharply contrasting climatic conditions (e.g. crossing very hot and dry deserts or mountains with very low temperatures), for the same purpose. 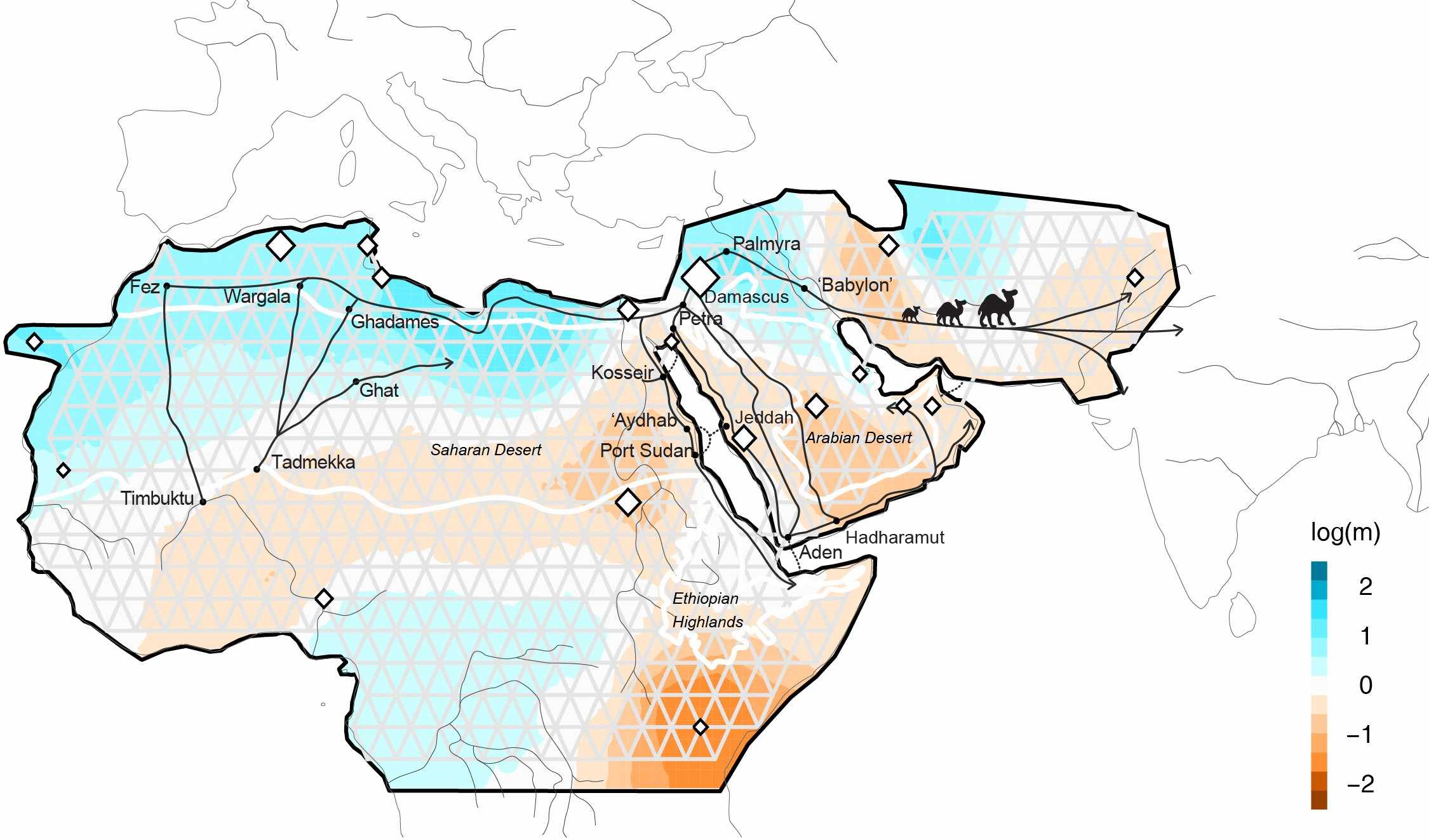 Inferring Effective migration patterns in the global population. EEMS plot representing the posterior mean of effective migration rates (m) (on a log10 scale) across space. With this normalization, significantly higher than the overall average rates are represented in blue (“corridors”) and significantly lower than the overall average rate ( “barriers”) are represented in brown. Samples are represented by diamonds and the size is proportional to the number of sampling. Ethiopian Highlands and Arabian Desert are highlighted with white lines. Black lines represent historical network of caravan routes, i.e. Incense and Silk roads and main trans-Saharan gold trade networks.

Nowadays, both camel species and hybrids are still very valuable, mainly because the hybridization facilitates improvement of production traits like meat, milk and wool yield. This hybridization is so common and difficult to detect with an “untrained” eye that what happened to us during this study was how collaborators generously provided us samples from Iran and Kazakhstan assuming all were from purebred dromedaries. In the end, we could confirm they were not dromedary, but actually different levels of hybrids. Fortunately, the camel research community is slowly getting bigger. At the same time, we always feel camel holders are very interested in collaborating and getting more knowledge about their favorite animal. Sometimes the bond between the owner and the animal is so strong, they consider their camel pet as part of their own family.

We truly believe that camels are the animal of the future. The value of camel as productive livestock animal in times of global warming is still being neglected by both scientists and policy makers. We feel that our mission as part of the scientific community, is also to create awareness on the camel importance and in maintaining the present genetic diversity (which we have described in this study) for their capability to respond to future challenges like increasing temperatures, growing deserts or emerging diseases.