The Button Wrinklewort daisy, Rutidosis leptorrhynchoides, is a conservation classic. Its self-incompatible mating system, endangered status, and adaptability to growth in nursery environments made it an excellent study system for investigating how we can incorporate different mating systems into genetic management of threatened species1–4. With only two remaining diploid populations left in the southern range of its distribution in south-eastern Australia, the species has been the subject of many conservation actions over the years including grazing exclusion, fire and weed management. Genetic rescue, the introduction of genes to an inbred population to increase its genetic diversity and fitness, has been recommended for this species but has yet to be undertaken in the field2,5. In order to go about planning effective genetic rescue, we need a comprehensive understanding of the evolutionary processes underpinning a species’ distribution, as well as a detailed picture of population structure and levels of genetic diversity 6,7. This was the first main objective of my PhD: to conduct a range-wide population genetic study to identify vulnerable populations for targeted management, highlight genetic diversity hotspots, and analyse the history of connectivity among populations.

Sampling the 12 populations of R. leptorrhynchoides across its distribution in Victoria and Australian Capital Territory and New South Wales (ACT/NSW) was a huge effort and relied on help from many of our partner organizations in all three states. Individual plants were genotyped for thousands of SNPs, which provided us with a powerful genomic dataset to look at patterns of differentiation among populations, levels of genetic diversity, and evolutionary history.

We found that small, declining Victorian populations have retained the highest levels of genetic diversity and we highlight them as important sources for genetic rescue. Our analyses include evolutionary tree-building approaches including coalescent analyses of SNP data that revealed strong divergence between southern (Victorian) and northern (ACT/NSW) populations. The split likely pre-dates the European settlement that has caused the severe fragmentation and reduction of habitat for this species.

Comparing how populations were genetically unique with how differentiated they were revealed genetic drift as the probable driving force behind differentiation among populations. This means that without gene flow, small, isolated populations will continue to decline towards extinction. This is likely exacerbated by the species’ self-incompatibility mating system, which is effective against inbreeding but also acts to limit the number of viable mates for an individual, particularly in small populations as genetic variation is lost via inbreeding.

We think that our study highlights the utility of genome-wide SNP datasets in understanding the evolutionary processes underpinning a species distribution, which is necessary for developing appropriate species-wide conservation management. In our paper, published in Heredity, we discuss practical management options for R. leptorrhynchoides informed by the results of our study. 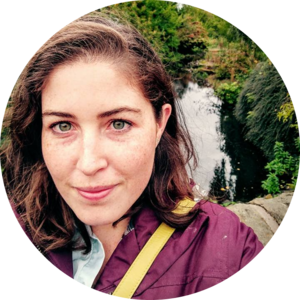