Naturally fragmented habitats are interesting laboratories to understand the long term consequences of geographic isolation in population differentiation and species diversification, specially when they are located in hyper biodiverse regions in the world.

Habitat fragmentation directly influences two important processes: speciation and extinction. Geographic isolation and reduced population sizes can lead to local extinction, low efficacy of natural selection, and decreased speciation. But, population differentiation is also an essential step of biological diversification. In allopatric speciation, geographically isolated populations differentiate and persist until the evolution of reproductive isolation and ecological divergence complete the speciation process. Should we expect high or low levels of diversification in such habitats?

Atlantic rainforest is the second largest wet forest in Neotropics, with impressive high levels of species and endemisms. This biome consists of a range of diverse and complex ecosystems and communities greatly influenced by topography and micro-habitats. Vegetation endemic to low and high-altitude rock outcrops and inselbergs are important part of the Atlantic rainforest domain. Such naturally fragmented habitats are considered terrestrial  islands due to their spatial and ecological isolation, which offers a barrier against dispersal and migration, potentially promoting speciation and local adaptation.

Bromeliads are one of the best and well studied example of recent diversification resulting from an extensive adaptive radiation in Neotropics. Thus, they  are good models for studying how microevolutionary processes such as gene flow, genetic drift and natural selection influence species-level patterns of macroevolution (speciation and extinction). Pitcairnia is one of the most diverse genus in the Bromeliaceae family with more than 400 species that radiated in rocky habitats all over the Neotropics in less than 12 million years. Interestingly, very few of these species have a wide geographic range, as Pitcairnia flammea. Such wide distribution allows us to study how microevolutionary processes have influenced the high endemism observed in the group.

The adventures during field work were extreme, as these plants grown on low and high altitude inselbergs and rock outcrops, sometimes with difficult access.  We had a lot of fun and joy in collecting more than 600 samples in 25 populations including recognized varieties and species closely related and morphologically similar to Pitcairnia flammea.

In our study published on 17 July we investigated how naturally fragmented species are maintained as evolutionary units despite their long-term isolation, low levels of genetic connection and low intra-specific gene flow. Our results showed that the extremely high genetic structure found in this species complex results from limited gene flow (via seeds or pollen), random genetic drift, and inbreeding, which are consequences of a long-term isolation among populations as well as demographic stability and persistence. Pitcairnia flammea has small and inconspicuous seeds without any flight appendages, which might have limited their dispersal capability to maintain extensive gene flow among populations, although sporadically long-distance dispersal might have happened during inselbergs and rock outcrops colonization process.

We, then, we demonstrated a high genetic structuring within this species complex regardless of taxonomic variety, reinforcing the idea that these populations have been evolving and diversifying for a long time independently of each other; and the morphological discrepancies found among different varieties are likely the result of local adaptation, and/or a consequence of phenotypic plasticity. Indeed, species delimitation analysis assigned most of the populations as independent evolving entities, suggesting an important role of disjoint rock outcrops in promoting speciation and high endemism in this rich Biome. Furthermore, We detected variable levels of hybridization and introgression in sympatric populations, suggesting a continuous of speciation processes in this species complex.

As in all exciting research, each finding generate many other questions...

Our next step will be studying the associations and predicting the reactions of population genomic diversity to a changing abiotic environment through a multidimensional approach (i.e. physiologic, functional and phenotypic traits) to access patterns of neutral and adaptive genomic variability in naturally fragmented mountain populations. We also want to investigate how reproductive isolation barriers (pre-zygotic and post-zygotic) have evolved on those extremely genetic differentiated populations. And finally, how common are these patterns and processes and can we extrapolate them for most of the endemic Neotropical mountain species? 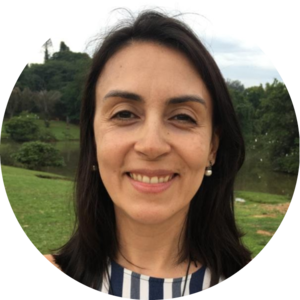