A 300-million-year-old pathway that produces sulfonated amino acids in the egg reveals a reptilian adaptation to terrestrial life.

If we were birdwatchers in a New Zealand forest and we saw an animal flying from afar, we would hope to have stumbled upon a kakapo specimen. It would be enough to take a zoomed-in photograph to immediately notice that it was instead a short-tailed bat and that our eyes had betrayed us. 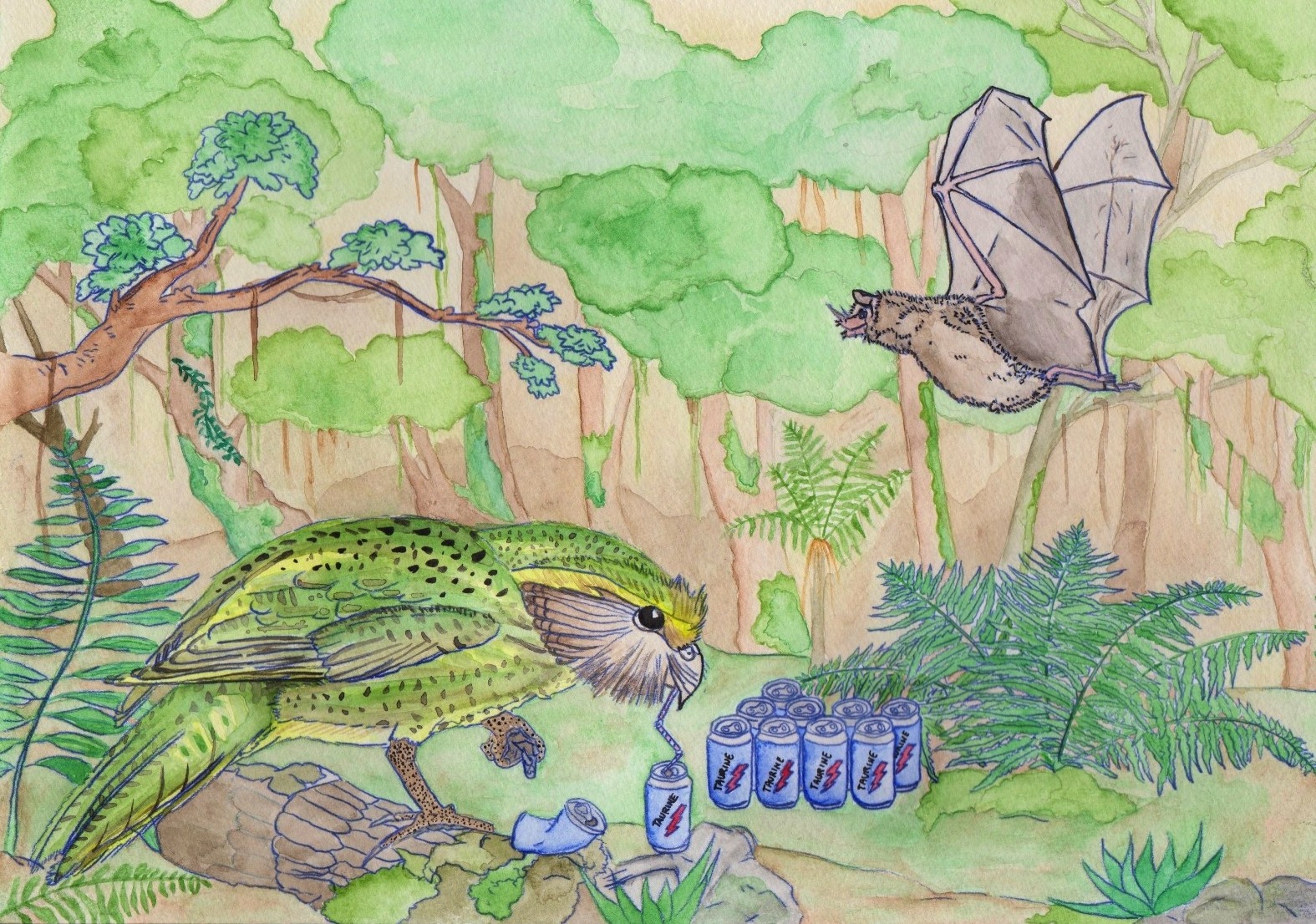 The differences that appear immediate and evident if we compare a photo of a bat to that of a parrot, inevitably fade away if we begin reading their genome, which will come across as a long sequence of DNA bases, unintelligible to a naked and untrained eye. Thanks to bioinformatics and big data analysis, today it is easier and within everyone’s reach to catch even the smallest differences in genomes. What is often more difficult is to interpret the meaning of these variations.

Genes frequently duplicate themselves due to replication and crossing-over errors or other reasons, and identifying the differences that may arise after duplication is a challenge that, like birdwatching, requires specific recognition systems, which do not reside in a camera or binoculars, but rather in a PC and a lab.

The neofunctionalization process is a phenomenon at the basis of evolution, and according to many, a final outcome of a gene duplication in the absence of pseudogenization. The differences that arise thanks to divergence between two duplicated genes often reveal key mutations that makes them indispensable for the new function of the gene itself. A key mutation in the right place can cause a domino effect on mutations that accelerates the neofunctionalization process. Likewise, a newly functionalized gene in the right place can cause a second cascade of adaptations of other genes that are recruited in the newly acquired function.

A bioinformatic analysis has allowed us to understand that the duplication of the CBS gene with the subsequent neofunctionalization and origin of CL took place in conjunction with the separation between mammals and sauropsids (reptiles and birds). Obviously, we are not able to place this event on the side of the causes or on that of the consequences of speciation, but we can imagine that it is likely to be of significant importance in the metabolism of such a precious element as sulfur. 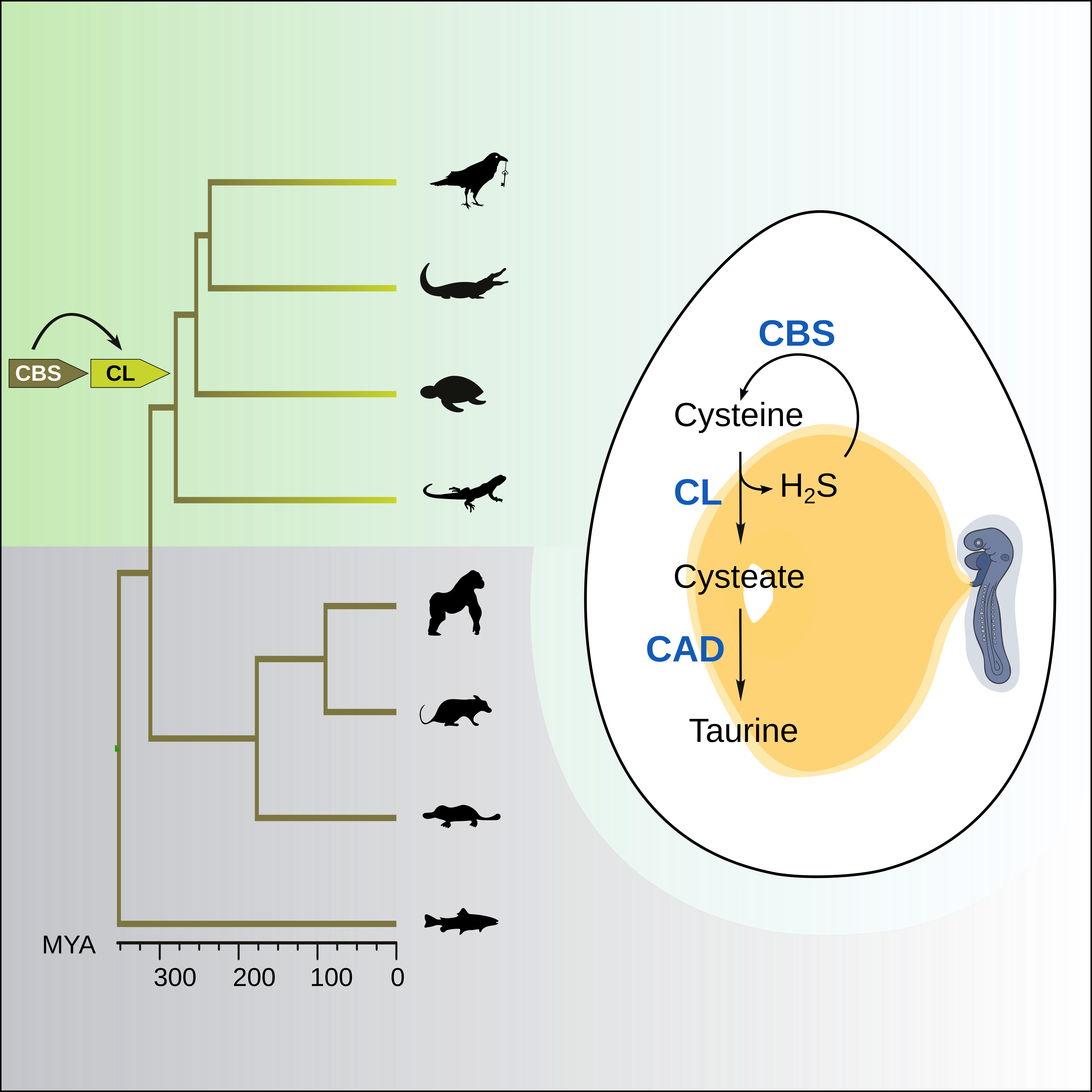 The CL pathway to taurine biosynthesis and its origin in vertebrates evolution.

Thanks to this neofunctionalization, sauropsids are able to recycle the reduced sulfur of cysteine without oxidizing it to form taurine, an aminosulfonate required for embryonic development inside the egg. Thanks to CL reaction, the taurine sulfonic group is inserted through replacement of a thiol group by sulfite with release of foul-smelling hydrogen sulfide. This new catalytic function promoted the adaptation of CSAD, another enzyme of taurine biosynthesis, generating a rare case of alternative metabolic pathway between sauropsids and mammals.

Obviously, we cannot know if the birth of this 300-million-year-old biosynthetic pathway was an embryo's strategy to adapt to the different environment inside the reptilian egg or just a way to make its smell more unpleasant. On the other hand, if we were to find a kakapo now, we would not only know that it produces taurine in a different way from the bat, but that we should look for it on the ground since it is the only flightless parrot, no matter what happens... 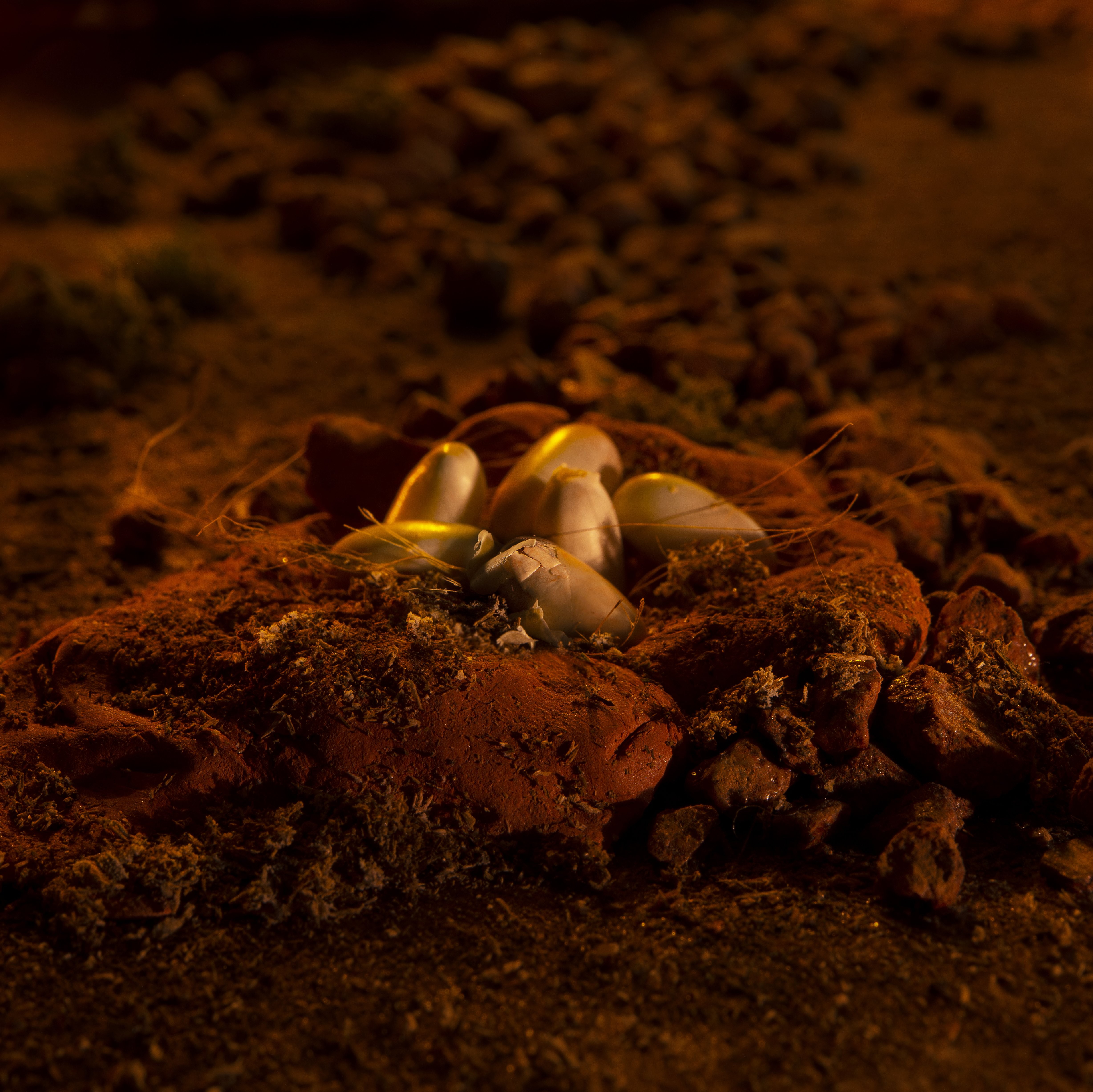 I am very grateful to Riccardo Percudani and Federico Cornetto for their contributions to this post. 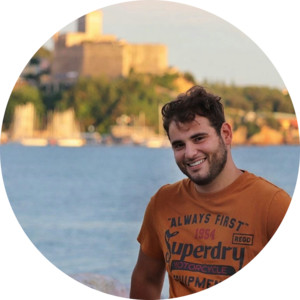