Birds have been a constant source of inspiration for thousands of years. Perhaps they can also teach us how to live longer lives.

We often pay special attention to evolutionary innovations and adaptations that enable remarkable new organismal capabilities. However, these are usually energetically costly and often detrimental to organismal physiology and cellular homeostasis. Cellular energy production, maintenance, and protection against toxic metabolic by-products are the supporting infrastructure of physiological innovations. Rather than being minor backdrops to the big picture of the evolutionary story, breakthroughs in these supporting systems can enable evolutionary innovations.

Avian flapping flight is considered a major evolutionary innovation. Often overlooked is that flight is one of the most metabolically intense forms of vertebrate locomotion, requiring high levels of oxygen and imposing a significant demand on oxygen transport systems. Birds have over twofold higher metabolic rates compared to mammals, which should generate very high levels of toxic waste by-products called reactive oxygen species (ROS). Excess ROS cause oxidative stress, which limits lifespan by causing extensive damage to cellular macromolecules including lipids, DNA, RNA and proteins. This results in cellular dysfunction. Despite this, birds are extremely long-lived relative to similarly sized mammals. It has often been speculated that birds may have unique antioxidant capabilities to process high levels of ROS, but this has been difficult to prove.

In clinical research, oxidative stress generated by excess ROS is of intense interest as a key pathological feature of aging, chronic human diseases, and cancer. In particular, oxidative stress is one of the major hallmarks of aging.  Notably, clinical studies often find an associated reduction in oxidative stress when lifespan is increased through metabolic and caloric restriction. Intense clinical investigation has also been invested in strategies aimed at boosting antioxidant gene activity in patients with chronic diseases. My own interest in antioxidant genes came from this clinical context, specifically human eye disease, where local inflammation and cellular degradation can be countered by upregulating antioxidant gene expression. The master regulator of this system is the transcription factor NRF2, which in turn is degraded by KEAP1 under normal conditions. Under oxidative stress however, KEAP1 releases NRF2 to the nucleus, where it can transcribe hundreds of key genes involved in antioxidant response, inflammation, and metabolism. Many therapies target this NRF2/KEAP1 master switch as a way to increase antioxidant activity in human tissues, which then significantly minimizes the pathological features of a given disease.

The power of the NRF2/KEAP1 system in treating human disease is an important clinical focus of my postdoctoral mentor Prof. Elia Duh and his lab at the Johns Hopkins School of Medicine. During my Ph.D., I had investigated genes in the visual system, using molecular evolution and biochemistry to understand visual pigment function. For my postdoc, we decided to apply these tools towards understanding the function of NRF2/KEAP1 from an evolutionary perspective, in the hopes that this may teach us about the realm of physiological possibilities enabled by NRF2/KEAP1 adaptations. In other words, if NRF2-KEAP1 is of such major therapeutic value in humans, perhaps over longer timescales, natural selection exploited this system to confer adaptations in non-human animals.

What we found shocked us. We conducted a comparative analysis of KEAP1 across all major vertebrate lineages by assembling a large dataset of KEAP1 coding-sequences obtained from animal genomes. KEAP1 displayed high sequence conservation across all animal lineages, spanning fishes, mammals, and reptiles. However, we found a striking pattern of gene fragmentation specifically in Neoaves birds, which includes all bird species after divergence from the basal lineages (which include e.g. Chicken, Ostrich, Kiwi, and Ducks). This gene fragmentation occurred in the region of KEAP1 that binds NRF2, which is required for regulation and degradation of NRF2.  We conducted a series of biochemistry experiments that confirmed these KEAP1 deletions resulted in a loss of NRF2 binding, strongly suggesting to us that repression of NRF2 activity by KEAP1 had been lost in vivo within Neoaves birds. This would imply that the master antioxidant response is always switched on in ~9500 species.

This was very hard to believe, even if the genetic evidence was overwhelming. Bottom line was, we had to get our hands on some tissue samples to really prove that KEAP1 function was lost in Neoaves. We contacted animal rescues, zoos, farms, breeders, pet stores.  Finally, we were put in touch with Lights Out Baltimore, which is a non-profit project of the Baltimore Bird Club whose purpose is to save birds from collisions. Their goal is to make Charm City safe for migratory birds by turning off decorative lighting in the city during peak migration seasons. Their volunteers walk downtown Baltimore during fall and spring migration to rescue injured birds from window collisions and collect dead birds. They work early in the morning (5am) to collect birds from downtown Baltimore and provided our research group with a stunning (albeit tragic) collection of species. This allowed us to sample a diverse variety of Neoaves species. Since these fall and spring mornings were often cold (<10 degrees Celsius) we were able to recover some high-quality tissue samples suitable for DNA, RNA and protein analysis. As an outgroup, we used Chicken tissue from a local farm.

We cloned KEAP1 cDNA from these wild birds, and confirmed the fragmentation of the KEAP1 coding-sequence. We also found high levels of NRF2 protein bound to the promoters of key antioxidant genes, which were highly expressed in these wild Neoaves birds compared to chicken. There was also significantly higher levels of NRF2 in the nuclear fraction of Neoaves tissue extracts, which suggested dysregulation of KEAP1 binding, which normally keeps NRF2 in the cytoplasm. Although this in vivo data was encouraging, we wanted to investigate our hypothesis under controlled, in vitro conditions. We worked with Lights Out Baltimore to collect more samples, and we dissected skin biopsies from these birds. We placed these skin biopsies in cell culture media in an incubator, and after several tries, we successfully cultured living fibroblasts from the skin of these dead birds. This was challenging, but it was really rewarding to make use of these unfortunate birds in a way that could teach us about their incredible biology. With this in vitro system in hand, we could now expose Neoaves cells to different genetic and chemical treatments to directly test our hypothesis that KEAP1 is non-functional. We stained these cells, along with chicken fibroblasts, with anti-NRF2 antibodies. We found that NRF2 is constitutively localized in the cell nucleus of Neoaves. This was a finding that still strikes me with disbelief.  Normally in vertebrates, as we saw in chicken cells, NRF2 is located in the cytoplasm, and only becomes nuclear localized if treated with activators of KEAP1. This really showed to us, in neat detail right before our eyes, that KEAP1 truly is not working to regulate NRF2 in Neoaves. Further experiments with these Neoaves cells proved to us that this KEAP1 loss of function confers Neoaves with constitutively higher antioxidant gene expression, and a higher tolerance for oxidative stress.

Our results demonstrate an enhanced NRF2 antioxidant defense in Neoaves, which may explain how high metabolic rates could have evolved alongside long lifespans in birds. We conducted phylogenetic statistical analyses and found evidence that Neoaves have significantly higher metabolic rates than the basal Aves (e.g. Chicken, ostrich, ducks), the latter of which still maintain a functional KEAP1. Furthermore, even when comparing basal Aves to Neoaves species with nearly fourfold increased metabolic rates, we could find no significant decreases to Neoaves lifespan. This suggests that the constraints normally imposed on lifespan by metabolism have been relaxed in Neoaves. We think this adaptation likely played a key role in the speciation of Neoaves, conferring them with an unparalleled flexibility for evolving metabolically costly behaviors.

We also found evidence that constitutive NRF2 activity may have shaped Neoaves phenotypes other than lifespan and metabolism. In mammals, NRF2 regulates keratin expression, and in mice, loss of KEAP1 through genetic knockout leads to death by starvation, due to hyperkeratosis of the gastrointestinal tract. We wondered if NRF2 may also regulate keratin gene expression in birds, specifically the beta-keratin genes that play a key role in the development of avian feathers. Indeed, we found NRF2 bound to feather keratin loci in chicken skin. This provides a direct link between the regulation of antioxidant defense and that of feather development. Interestingly, due to a loss of NRF2 binding sites, we observed a marked decrease in NRF2 bound to feather keratin loci in Neoaves skin samples. We think this reflects compensation for the constitutive activation of NRF2. The role of NRF2 in feather development would be a fascinating subject of future investigation.

Many other avian traits may have been affected by constitutive NRF2 activity. An enhanced capacity to deal with oxidative stress may have affected the evolution of Neoaves flight modes, small body sizes, clutch and egg sizes, all of which may be expected to influence avian redox balance. There has also been extensive debate surrounding plumage coloration as an honest signal of physiological quality during Neoaves mate choice, with the significant investment of carotenoid antioxidants as one possible basis. Constitutively high NRF2 activity in Neoaves may have permitted carotenoid allocation toward plumage coloration to avoid deleterious trade-offs with putative antioxidant-related functions, consistent with recent research showing that carotenoid pigments may have little effect on avian antioxidant defenses. Experimental in vivo manipulation of NRF2 in a plumage coloration, feather development, and life-history analysis will be of great interest.

Our work strongly suggests that evolution has found an elegant solution for the oxidative challenges posed by high avian metabolism. This is a radical solution, because although antioxidants are beneficial, unfettered NRF2 antioxidant activity is very dangerous in humans. Many human cancers have KEAP1 mutations that disrupt its ability to regulate NRF2, and this leads to high levels of antioxidants that directly facilitate tumor survival. It is unclear how birds have navigated these detrimental side effects of constitutive NRF2 activity while reaping the benefits. We found some compensatory mutations in NRF2 target genes that may dampen these negative side effects by reducing the function of some antioxidant genes that are strongly associated with cancer (e.g. NQO1). Ultimately, we would like to use these insights to understand how NRF2, with all its therapeutic potential, can be successfully bolstered in humans without triggering negative side effects. Birds have been a constant source of happiness and inspiration for thousands of years. Perhaps they can also teach us how to live longer lives. 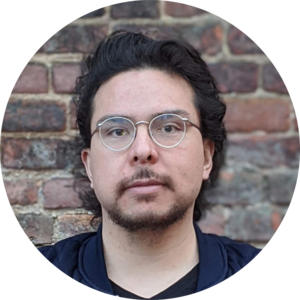