Kelps have the ability to modify their local chemical environment though the process of photosynthesis, but when multiple stressors have large negative effects on kelp abundance, will kelps be able to maintain their ability to modifying local seawater chemistry?

It started with a simple question: could bull kelp (Nereocystis luetkeana), the dominant forest-forming kelp from northern California to Alaska, alter seawater chemistry in a way that could buffer local marine organisms from the stress of ocean acidification (OA)? I knew that other kelps had the ability to uptake CO2 via photosynthesis, thus acting as carbon sink, reducing nearby acidity, and increasing oxygen during the day (Koweek et al. 2017). What I didn’t know was that my question wasn’t going to be answered simply. What I learned is that in science you can start by proposing a question, but by the end, nature (and other external forces) will re-frame your question for you. In 2018, everything was going as planned. Weekly water samples collected inside and outside of bull kelp forest patches showed that bull kelp was increasing pH and dissolved oxygen in surrounding water in a manner consistent with daytime photosynthesis; a novel finding at the time. However, because weekly samples only provided a snapshot of local seawater chemistry, we needed finer-scale temporal data to confirm it was kelp photosynthesis causing these differences, which meant installing continuous sensors and another field season.

I was excited to return to my sites in northern California to install sensors in May 2019. To my surprise, there was no kelp in sight. I told myself it was early in the season, and that the juvenile kelp, an annual species, was just below the surface. So, we suited up and dived down, but like so many other spots along the northern California coast, there was nothing but a barren wasteland of purple urchins – bull kelp’s main grazer. 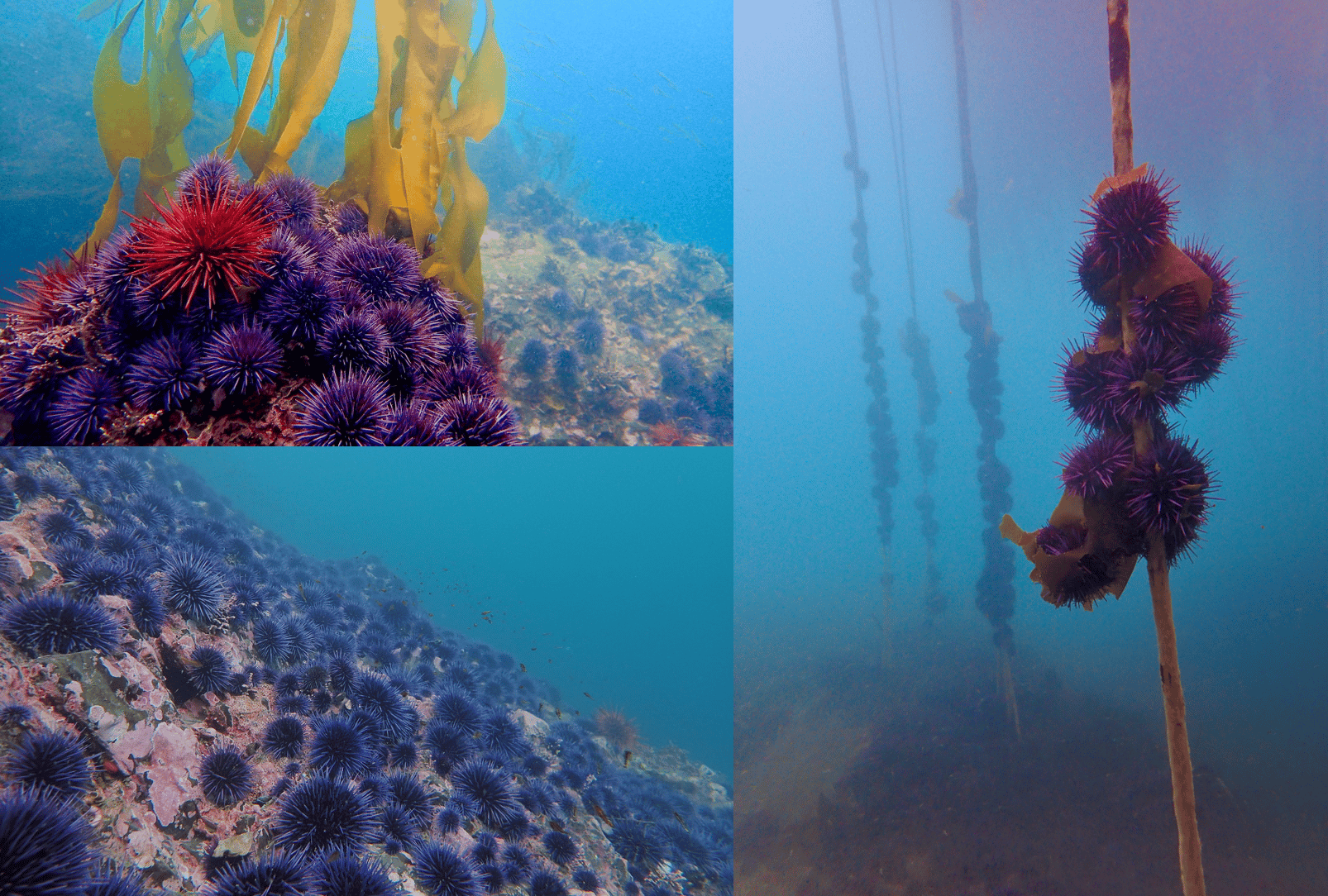 Next came panic, stress, and 2 months of searching the northern California coast and even Oregon for an accessible forest, with no luck. Finally, as a last-ditch effort I went back to my original site in July to see if the kelp was back. As dramatic as it sounds, tears of joy ran down my face when I saw a small patch of bull kelp on the western side of Portuguese Bay. Urchins and winter storms had decreased the forest by more than 2,000 m2. I returned to my advisor with the news and we agreed it would have to work. Within days of the kelp returning, some great work (of which we were unaware) was published (Pfister et al. 2019) showing that bull kelp forests in Washington, USA could reduce the acidity of local seawater during the day – I was scooped, and newly discouraged. But after a 48-hour Netflix binge,a tub of ice cream, and a meeting with my advisor, we came to realize there was a new question staring us in the face.

The kelp forests in Washington were huge (~100 hectares) and intact, but kelp forests around the world were in decline (Wernberg  et al. 2019), and northern California kelp forests were a perfect example, with a “perfect storm” of multiple stressors causing dramatic canopy reductions and leaving behind a landscape of tiny fragmented patches. My new question was clear: do these tiny kelp patches retain their ability to modify local seawater chemistry to the same degree as large, intact forests? So, with some minor tweaks to our original design, we deployed our sensors in mid-July. 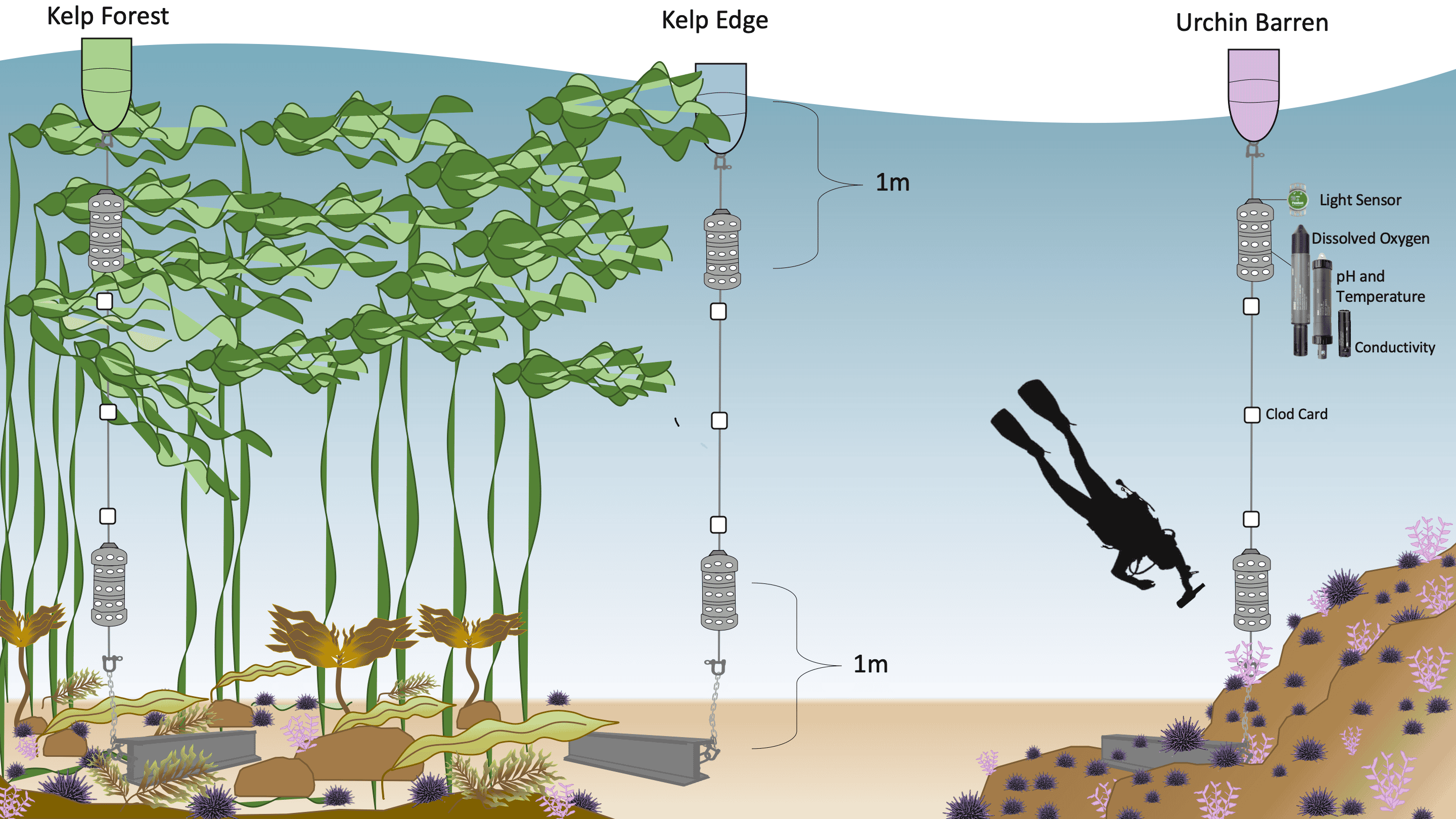 By the end, we were excited and encouraged by what we found: small, fragmented kelp patch canopies were capable of altering local seawater chemistry, and to the same degree as the large, intact forests further north. For example, during the day pH was 0.09 units higher, and dissolved oxygen was 16% higher inside the kelp canopy compared to outside the kelp (in adjacent urchin barrens). This suggests that kelp canopies could serve as daytime refugia from OA stress for canopy-dwelling organisms. We think our results provide yet another reason to conserve and restore bull kelp habitat, because as OA is predicted to worsen, these fragments could serve as the only oases in a seascape of stress for the diversity of species that call kelp forests home. 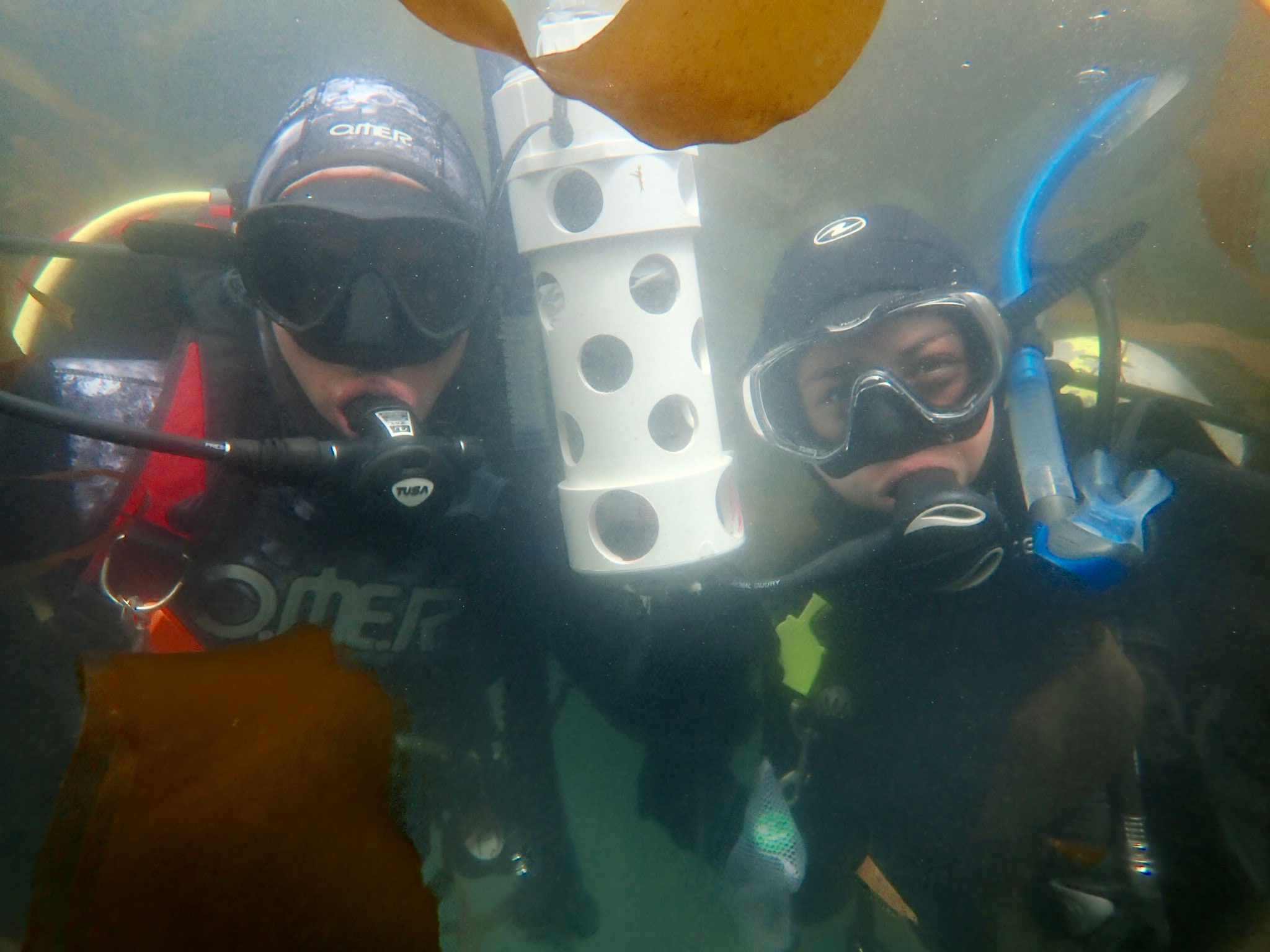 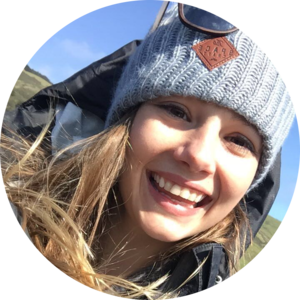