Behind the paper: The never-ending work of a meta-analysis

A collaborative effort synthesizing decades of experiments reveals the effects of chilling, photoperiod, and forcing on the timing of spring budburst in forest plant species...and the challenges of meta-analyses

It was a cold, snowy January night in 2016 when six researchers and one eight-month old named Charlie gathered in a field station nestled in the remote woods of St. Hippolyte, Quebec. The cozy cabin and surrounding timberlands felt as if we had walked directly into the French-Canadian story, La Chasse-galerie (the Legend of the Flying Canoe). Our goal here was not so magical: we were huddled around our laptops, squinting at code and pouring over figures and tables as we pulled together data from growth chamber experiments of woody plant spring phenology. The mood was upbeat. We agreed on a database name, Observed Spring Phenology Responses in Éxperimental Environments (OSPRÉE) and dreamed up models we’d be fitting come the springtime. Little did we know it would be years before we’d be fitting relevant models...

Two members of our group, Tim and Dan, were leading this effort, which began as a research project to inform an experiment they planned to start that fall. The experiment was intended to tease apart drivers of woody plant budburst; in working on it they had read many papers of other growth chamber experiments and already begun to summarize the range of chilling, forcing, and photoperiod treatments in these experiments. Why not do a meta-analysis quantitatively integrating these disparate papers? It sounded pragmatic enough, especially since recent papers with seemingly contradictory findings had ignited debate about the importance of spring warming versus winter chilling in controlling spring phenology. And meta-analyses should be easy, right? Someone else has already done the hard experimental work!

Meta-analyses, however, require getting all the data in a comparable format, and each paper seemed to use a different method for measuring and imposing chilling, forcing, and photoperiod treatments, not to mention phenological responses. Getting them in comparative units was a monumental task. We debated what is chilling and forcing? Researchers define them based on their experiments, but how plants physiologically experience them may be separate from what researchers impose. Identifying how plants measure chilling requires detailed experiments, which have been done for a few species, but chilling thresholds are species-specific. We ultimately realized we should use a combination of field chilling (calculated using available climate datasets) plus experimentally imposed chilling, to make chilling comparable across studies. We also made peace with using a standard metric of chilling (Utah Units, quantified originally in peaches) even though it may not be perfect for all species.

The years crept on with OSPRÉE a constant and often frustrating companion. Team members (all from the Temporal Ecology Lab at one time or another) moved, spreading across three countries and spanning nine time zones, new members joined, and still we were finding more data cleaning to do and more model complexities to debate. Bi-monthly meetings, bi-annual retreats and theme songs kept us moving, if at times slowly. There were life challenges and transitions as well-- our team of authors experienced intercontinental moves, endured cancer diagnosis and treatment, celebrated marriages and births, and quarantined amidst a global pandemic.

Nearly five years later, the collaborative effort feels like it has paid off. We found that almost all species show strong responses to the three cues, with chilling being the strongest. Our results also resolve the divergent findings of previous studies by showing that, though most species respond to all cues in experimental conditions, forcing appears to determine responses to recent warming in the field.

Today, Charlie is five, and the original experiment that started OSPRÉE was analyzed and published several years back. It missed the cut-off to be in OSPRÉE, and more new experiments could be incorporated. We hope other researchers will build on our work and do experiments to better understand how plants measure and interpret chilling, forcing, and photoperiod. We are proud, and relieved, to see in print the first paper originating from the OSPRÉE database “Winter chilling predominates in spring phenological responses to warming,”  available from Nature Climate Change at https://www.nature.com/articles/s41558-020-00917-3. 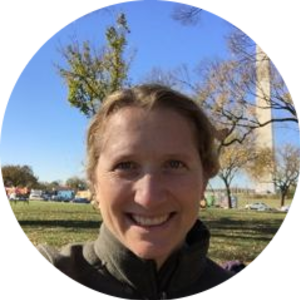