Humans virtually celebrated Earth Day 2020 from their homes and on their computers, but in Southeast Alaska marine mammals have true cause for celebration- quiet oceans for the first time in decades

In yet another casualty of the Covid-19 pandemic, Earth Day parades and Science Marches were cancelled this year as people globally were instructed to stay home. In this monumental moment, humans are experiencing an unprecedented change in how they interact with their loved one, their communities, their professions, and yes- their ecosystems. All of this in an effort to reduce the devastation associated with the spread of a virus for which we have no vaccine, no cure, and are only beginning to understand. Unprecedented doesn’t confer the gravity of the global situation; but in Southeast Alaska the whales don’t know that.

In Alaska’s Inside Passage, harbor seals are gearing up for their early summer breeding season; humpback whales are just starting to migrate into the waterways of their historic foraging grounds; and in Glacier Bay National Park, NPS researcher Chris Gabriele recently heard a soft ‘crunch’ echo through the hydrophone moored underwater outside her office- the sound of a killer whale, eating something. Traditionally, late April marks the arrival of the first cruise ships of the season into Southeast Alaska, and with it comes predictable and loud vessel noise. For decades, marine mammals have started their own summer seasons under the alternating roar or distant din of marine tourism. This year, however, no cruise ships are scheduled to come into port until at least July, under a mandate released by the Center for Disease Control. This means also no whale watching, no kayak tours, no glacier tours, no helicopter rides, and no charter fishing. The economic ramifications of the Covid-19 pandemic are dire, and no intentional experiment could justify such massive social consequences, but despite the devastation to humans, the ocean this Earth Day was quieter as a result of our absence.

For years some of the most ecologically vibrant parts of the ocean have been getting louder. As large vessel traffic worldwide diminishes, we are almost instantaneously reversing the acoustic trend. The protracted pause in ocean noise associated with the cessation of marine traffic is certainly the first of its kind in modern history - and may represent the first time in decades that marine species have been granted unadulterated access to a quiet ocean. Marine animals rely on sound to communicate, navigate, and forage; and many animals have adopted methods for dealing with manmade noise underwater. Humpback whales in Alaska alter their calling behavior when vessel noise inundates the soundscape by calling louder and calling less, killer whales and minke whales do the same. While the implications of these behavior shifts are unknown, it is likely that these adaptations increase humpback whale resilience to noise to some degree. But not all animals exhibit resilience to human behavior. During the early summer breeding season that male harbor seals, who rely on sound to attract mates and defend territories, may not be able to compensate for vessel noise. Research show us that on a breeding ground Glacier Bay harbor seals aren't able to call louder than the noise associated with passing cruise ships and tour vessels, and as a result they likely can't be heard by potential mates. The inability to communicate this critical message means that over time as vessel traffic increases, breeding gets harder. Except… not this year.

We don’t know the ramifications of the Covid-19 pandemic for sure, but we can safely predict that ambient noise levels in Southeast Alaska this year will be lower than they have been in recent decades, and as a result seals and whales should have an easier time hearing each other. Will this mean more pups will be born? Hard to say, but it’s possible. Will whales have an easier time finding prey? Maybe. The truth is, we don’t know. But you can rest assured knowing that this summer in Southeast Alaska, we’ll be listening. 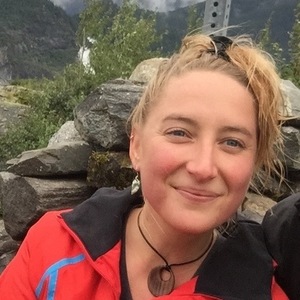 Dr. Fournet is an acoustic ecologist investigating the role of sound in the marine environment. Her research interests include animal communication, the relationship between human activities and marine acoustic habitats, and science communication.
Follow

Carolin Sommer-Trembo
Research, COVID-19, other fantastic beasts and where to find them...
Contributor
COVID-19