Adaptive introgression of the beta-globin cluster in two Andean ducks

Life at high-altitude is fraught with a variety of pressures from the environment including low temperatures, ultraviolet radiation, increased water loss, and low oxygen (i.e., hypoxia), each of which can be debilitating to lowlanders sojourning to high altitude. However, a multitude of native organisms survive and thrive at altitude. These offer unparalleled systems to study adaptation especially as the physiological mechanisms of oxygen transport are relatively well understood.

Embarking on a journey

After joining the lab of Kevin McCracken at the University of Miami, I remember the meeting where we brainstormed a path forward for my dissertation research. Sitting by the lake on campus in a covered bench, he regaled me with stories of studying high-altitude waterfowl (ducks and geese) throughout the Andes. We discussed what might be the more fruitful avenues for me to pursue. We decided I should look at three species which each had populations who independently colonized the Andean mountains from ancestral low-altitude populations. We agreed we could use these species as case studies to further illuminate the potential mechanisms which evolved to help them overcome the challenges of life at altitude. I then proceeded to read the literature and drafted a list of candidate genes to investigate - ultimately, I decided on three sets of targets including [1] the mitochondrial genome, [2] members of the Hypoxia Inducible Factor (HIF) pathway and [3] the α and β globin complexes, complete with flanking genes. I utilized the wealth of frozen tissue/blood samples McCracken had taken from vouchered specimens over the course of his 20+ years with these study systems. Soon I was flexing my evolutionary genomics muscles with my first large-scale NGS data!

Convergent evolution on the HIF pathway

In quick succession, I extracted/purified DNA from 60 individuals across the three species, and sent them off for sequencing (i.,e. sequence capture target-enrichment). After a few months, I received an external hard-drive with gigabytes of data, and proceeded to process it! I started out by assessing to what degree these three species had converged on the HIF-pathway. Much to my excitement, I discovered there was significant variation associated with EPAS1 (HIF2a) and EGLN1, both of which are critical regulators of response to hypoxia through the HIF-pathway - specifically EPAS1 is the alpha-dimer transcription factor, while EGLN1 represents a key part of HIFa repression machinery. Not coincidentally, these same genes were also outliers in GWAS studies associated with high-altitude human populations including Andeans and Tibetans (Bigham et al. 2014)! In addition, not only was there convergence on the same genes, there was convergence on the same exon - both speckled teal (A. flavirostris oxyptera) and yellow-billed pintail (Anas georgica) had non-synonymous variation which occurred in the boundaries of exon12 of EPAS1 (Graham and McCracken 2019) making a strong case for convergent evolution between these two species. Variation in this same exon furthermore was known to cause physiological effects on blood production (erythrocytosis) and blood pressure (hypertension) in human populations living at high altitude.

To hear more about the HIF-related discoveries detailed in my 2019 paper in Heredity, take a listen to me and Kevin McCracken discussing it on the Heredity Podcast - "Parallel Flight Paths" !

These results were certainly exciting, but also got me thinking - previous work in adult hemoglobin showed identical variation present in the beta-globin cluster between speckled teal and yellow-billed pintail (Natarajan et al. 2015). In addition, ducks are widely known to interbreed with each other (Which birds produce the most hybrids?). Thus was I observing identical changes in beta-globin and the HIF pathway in Speckled Teal and Yellow-billed Pintail due to chance mutations (i.e., convergent evolution) or something else?

I assembled the contigs which contained the α- and β-globin complexes and annotated all genes (adult and embryonic) based on the mallard genome. Ultimately, I found both that the speckled teal and yellow-billed pintail had identical non-synonymous variation in the embryonic beta-globin gene (HBE; βε) as well as the adult (HBB; bA) gene! I then employed an ABBA-BABA test to assess whether the results we saw in the HIF-pathway, the globin genes, and genome-wide (i.e., RAD-Seq) to clarify what was going on. The results of that analysis showed evidence of introgression in the adult and embryonic β-globin genes, and nowhere else (see below; left, asterices = significance). 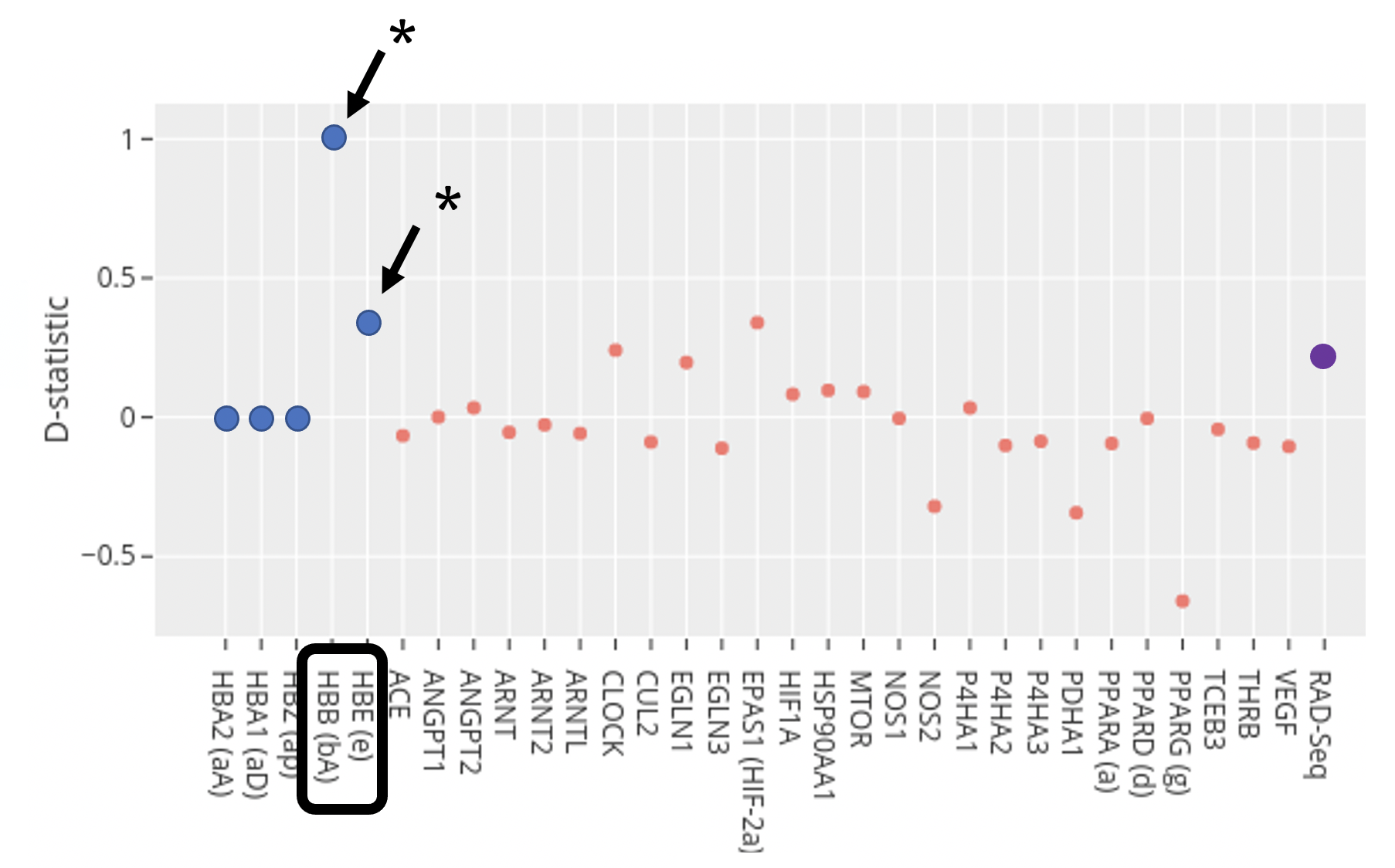 Based on the results of those ABBA-BAB tests, and a series of coalescent analyses estimating bidirectional migration rates, this presented us with one likely scenario: First, individuals from the low-altitude speckled teal population likely colonized highland locations first, and in doing so acquired adaptive variation in the β-globin genes. Second, low-altitude yellow-billed pintail individuals must then have independently colonized the same highland area, but instead of acquiring adaptive variation de novo, interbred with the highland speckled teal which already were more adapted to high altitude (see above; right animation). Thus, bypassing the "middle-man" of de novo mutation and using standing-genetic variation from another population and species instead, yellow-billed pintails embarked on their adaptive journey faster than had they waited for mutation!

These results are only the second documented occurrence of adaptive introgression in hemoglobin, in the literature to date (Graham et al., 2021; Signore et al., 2019). As good work tends to do, its leaves us with some questions answered, but also bringing up new questions and potential avenues for future research projects. For example, previous work has shown that the variants we observed do change hemoglobin-oxygen binding affinity, but do the changes seen in the embryonic β-globin also result in changes to oxygen-binding affinity?

As a NIH T32 Postdoctoral Fellow in Hematology at the University of Utah (and a previous NSF Postdoctoral Research Fellow in Biology at Oregon State University), I am active in a variety of projects related to adaptations to hypoxic environments.  I look forward to continued collaboration with my wonderful colleagues and using these fascinating ducks to uncover exciting discoveries. 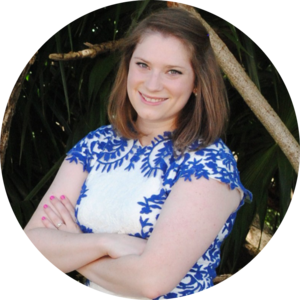