Madagascar is the home of many extraordinary and intriguing life forms. Notwithstanding the advance of the molecular biology techniques, the processes behind the Malagasy diversification are still hotly debated. In particular, the past climatic changes have been invoked as the main mechanism for diversification of lemurs, as almost all lemur species live exclusively in forests and woodlands. However, still very little is known about older (> 10,000 yrs before present) climatic and environmental changes in Madagascar. To overcome this uncertainty, we used a new multidisciplinary approach that combined high-resolution paleoenvironmental reconstructions (team of Hermann Behling, University of Goettingen, Germany) with demographic modeling of a forest-dwelling lemur species (team of Ute Radespiel, University of Veterinary Medicine Hannover, Germany) generated for the same study area. Microcebus arnholdi is a mouse lemur species occurring in the evergreen humid forests of Montagne d’Ambre National Park (NP) in northern Madagascar. This NP also hosts volcanic (maar) lakes that provide natural records of local and regional environmental and climate dynamics reaching back to the late Pleistocene.

Perfect, we have a suitable study model and study site. Let us start?

I embraced the LAKE project in 2017, as a PhD student. We can say that the cradle of the project was northern Madagascar, where Dr. Vincent Montade and I spent a couple of months doing fieldwork. The first days in the evergreen humid forests of Montagne d’Ambre were, however, quite disappointing as I could not easily spot the mouse lemurs in the tall forest and we were continuously attacked by leeches. It took me and my field team a few weeks, more than 50 km covered in transects and 688 Sherman Traps to find our first M. arnholdi: a juvenile located nearby a banana plant (how could I forget?). After three months of tough field work, almost a hundred animals were eventually sampled in two sites within the NP. In parallel, Dr. Vincent Montade and his colleagues drilled at Lac Maudit, in the heart of the NP, to recover a sedimentary core of almost 11 m length that captured the sedimentation and pollen during the late Quaternary.

So, what is the data telling us? How did past climatic changes impact mouse lemur dynamics?

It took us almost three years to process, analyze and interpret all the data together. The paleoenvironmental reconstructions – based on palynological, granulometric and inorganic geochemical analyses – revealed five main periods of environmental changes in northern Madagascar during the past 25 kyr. Most recently, the analyses suggested reduced precipitation at the termination of the African Humid Period (~ 5.5 kyr), and an important vegetation shift of the lowlands surrounding the National Park to an open grassland ecosystem associated with high fire frequency about 0.9 kyr. The demographic inferences of M. arnholdi that were based on four complementary demographic approaches, suggested complementary population size changes over the last 25 kyr and a clear population decline during the last 5 kyr, which was likely intensified during the last millennium.

Altogether, our dual paleoecological-genomic approach revealed that the demographic dynamics of M. arnholdi were driven by natural climatic changes until the late Holocene, whereas the dynamics during the last millennium were also shaped by anthropogenic impact. In sum, our results suggest that declines in Malagasy wildlife in the north were already substantial before human impact started on the island, and brings new insights about how past environmental changes shaped current biodiversity patterns in tropical regions.

This study was funded by the German Science Foundation (DFG) and is the result of incredible teamwork that included specialists from various disciplines (primatologists, genomicists, evolutionary biologists, paleoecologists and geoscientists) and from four different countries (Germany, France, Portugal and Madagascar), highlighting the importance of using multidisciplinary datasets when answering complex evolutionary questions. 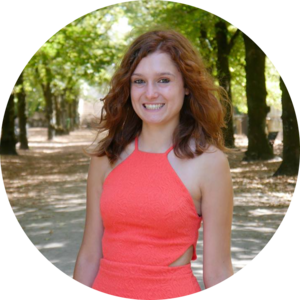