It is widely hoped that restoring large-mammal populations in areas where they have been depleted can revive dormant ecosystem functions. Does it work? We explored this question in Mozambique's flagship protected area, where the megafauna are resurgent after being pushed to the brink of extirpation.

Gorongosa National Park has had a turbulent history. It was established in 1960 and touted for the vast numbers of buffalo, hippo, zebra, and wildebeest that congregated in the sprawling floodplain around Lake Urema. A resident ecologist, Kenneth L. Tinley, painted a rich picture of Gorongosa during these early years. Tinley’s research, which became the basis for his 1977 doctoral thesis at the University of Pretoria, covered Gorongosa’s geology, hydrology, and ecology in painstaking detail. Tinley’s hand-drawn maps, aerial wildlife counts, and plant community surveys led him to a remarkably perceptive and holistic understanding of the Gorongosa ecosystem—an impressive feat by any measure, and all the more so in an era before personal computers, GPS units, and other modern scientific conveniences.

At around the same time that Tinley was completing this masterful thesis, Mozambique was plunging into civil war. The country’s decade-long struggle to throw off the yoke of Portuguese colonial rule had just ended in 1974; by 1977, an insurgency against the newly independent government was underway. That war lasted 15 years and wrecked the country. Gorongosa was a hotspot of the fighting, and control of the area seesawed between government and rebel forces. When scientists returned to the park in the mid-1990s, they found the habitats mostly intact, but the wildlife mostly vanished. In 1972, Tinley had counted nearly 30,000 large herbivores. Twenty-five years later, spotters counted a total of 3 elephant, 2 buffalo, 7 hippo, and some few hundred antelopes. But in the mid-2000s, Gorongosa’s luck changed again. At the invitation of the Government of Mozambique, the US-based Carr Foundation entered into a public-private partnership to rehabilitate the park. Under this long-term agreement, formally announced in 2008, wildlife numbers have grown via effective conservation measures and strategic translocations, while the park has worked with the government and surrounding rural communities to promote wellbeing and create economic and educational opportunities in what remains an exceedingly poor region.

My research group started working in Gorongosa in 2012, fascinated by the opportunity to document the reassembly of an ecosystem that had been missing its largest animals for decades. Whereas it was clear from biennial wildlife counts that animal numbers were steadily increasing, the species composition was radically different than it was in the 1970s. Small-bodied ungulates—antelopes and warthogs—were ascendant. Megaherbivores remained comparatively rare. Top carnivores were virtually absent. What effects were these changes having on the structure and functioning of the ecosystem?

Waterbuck (Kobus ellipsiprymnus) in Gorongosa's Urema Floodplain in 2015. A minor component of the ungulate community before the war, waterbuck now account for most of Gorongosa's ungulate biomass.

One of our first steps was to find Tinley’s footsteps and retrace them. Tinley had provided especially granular data on the composition of the plant community in the ecologically critical Urema floodplain. A preliminary survey of Tinley’s plots in 2013 indicated that this community had changed in worrying ways. The invasive neotropical shrub Mimosa pigra was present in Gorongosa (and in most African countries) in the 1970s, but back then it was rare. Tinley said little about it, except that the herbivores seemed to keep it in check. Our data from 2013 suggested that the abundance of mimosa had increased dramatically in the intervening years. We were not the first to notice this trend. A 2007 report by Rich Beilfuss (then Gorongosa’s Director of Scientific Services) had sounded the alarm about the apparent expansion of mimosa, which is notorious for degrading tropical wetlands by forming impenetrable prickly thickets.

Subsequent work by Jen Guyton brought the picture into focus. Between 2015 and 2017, Jen repeatedly resurveyed Tinley’s plots, recording the percent cover and presence/absence of all plant species. Crucially, she also erected a series of herbivore exclosures adjacent to six of these plots, which she surveyed in a similar way.

One of the herbivore exclosures under water during the wet season (photo by Marc Stalmans).

Although the initial research aim was to search for trends in plant community composition more broadly, the dynamics of Mimosa pigra soon emerged as a primary focus. As survey data accumulated, it became increasingly clear that the occurrence of mimosa was actually decreasing, ultimately to a level that almost precisely matched Tinley’s pre-war measurements.

And the exclosure data were a bombshell: over the course of three years, mimosa exploded in plots where they were protected from ungulates.

All of this seemed to add up: if mimosa encroachment was historically limited by large-mammal herbivory, as Tinley had suggested, then it would make sense that the plant expanded when herbivore populations crashed during the civil war, and that the rapid increase in herbivore biomass since 2007 had reversed this trend. Yet, one curiosity remained. The exclosure data unambiguously demonstrated a link between large herbivores and mimosa abundance, but studies from other countries in both the native and invasive ranges of Mimosa pigra suggested that the plant was unpalatable and generally avoided by ungulate herbivores. If that was true in Gorongosa too, then perhaps the link between herbivore abundance and mimosa abundance was that herbivores were trampling the plant rather than eating it. To solve this piece of the puzzle, we used DNA metabarcoding to quantify the plant DNA in ungulate fecal samples collected between 2013 and 2018.

Jen Guyton intrepidly collects a fecal sample from an anesthetized waterbuck in the floodplain. Most other fecal samples were collected from the ground.

The results of these analyses were clear. Mimosa alone accounted for between ~20% and ~60% of the plant DNA retrieved from the feces of ruminant herbivores—waterbuck, reedbuck, impala, oribi, and buffalo—but was negligibly abundant in samples from warthog. Gorongosa’s herbivores do eat mimosa, and as their numbers have increased, their steady nibbling has beaten back the shrub invasion on the floodplain.

Jen Guyton did the lion’s share of heavy lifting for this research, spending many hours surveying the baking floodplain with Flavio Artur and pricking many fingers while measuring many mimosa plants with Ana Gledis da Conceição. But the paper was a great team effort. Josh Daskin, Tyler Coverdale, and Tyler Kartzinel conducted the initial floodplain survey in 2013. Johan Pansu, Matt Hutchinson, and Kartzinel spearheaded the DNA metabarcoding analyses. Arjun Potter provided data on the nutritional content of Mimosa pigra and other floodplain plant species. Mike Peel and Marc Stalmans supplied data from an independent set of monitoring plots, as well as data on the population trajectories of ungulates in the floodplain. And, of course, none of this work would have been possible without the pioneering research done by Ken Tinley in the 1960s and 1970s. Nor would it have been possible without the support of Gorongosa National Park for open-ended scientific investigation and manipulative experimentation.

Wild large mammals have profound effects on their environments. When they are removed, things start to break down. In Gorongosa, they provide a biological buffer against the invasion of the Urema floodplain—the productivity of which underpins the whole ecosystem—by an invasive shrub that has choked wetlands from Australia to Zambia. This function was lost when Gorongosa’s herbivore populations crashed,  but it was rapidly restored when those populations bounced back. It seems that in Gorongosa, at least, no herbicides, exotic biocontrol agents, bulldozing, or aggressive burning will be required to manage Mimosa pigra—provided, of course, that the recovery of the large-mammal community is sustained. Throughout Africa and the world, there are many places that have been largely or entirely deprived of their native megafauna in recent decades. One can hope that there will be many more opportunities to document the ways in which their resurgence influences the structure and functioning of ecosystems, and that other landscapes and waterscapes will prove to be as resilient as Gorongosa. 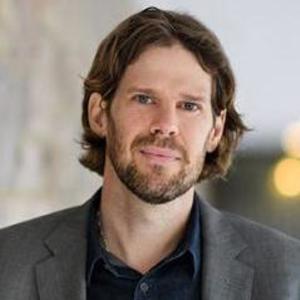