A game of worms: exploitation of a limited resource by two competing groups of House Sparrows

We investigated individual and group performances in House Sparrows (Passer domesticus) with two flocks facing each other over a limited food source - mealworms (Tenebrio molitor) -. Belonging to the flock of the first feeder increased the number of mealworms consumed.

One of the basic principles of natural selection is the presence of “winners” and “losers” within a population: individual performances, measured for example as the amount of resources that each individual manages to secure, greatly vary even within a single social group and over time this may impact individual fitness. In recent years research has been focused more and more on the chance that there might be differences not only among individual performances, but also among the performances of entire social groups. Groups could differ in number of individuals, sex-ratio or phenotypic composition and theory thus predicts that specific characteristics of the group could give all its members competitive advantages.

The start of our experiment on this fascinating topic was in 2017, when Elisa Ligorio, MD, won the prestigious Italian scholarship “Andrea Marconato”, offered by the Istituto Veneto di Scienze, Lettere e Arti. The award allows young biologists to conduct their own research outside of Italy, as long as it involves behavioral ecology. Elisa had been working on her master thesis at the Konrad Lorenz Institute of Ethology of Vienna (KLIVV), under the tutorship of professor Matteo Griggio, who at the time was also my PhD supervisor. When Elisa expressed interest in our work on group performances in House Sparrows (Passer domesticus) we enthusiastically agreed to collaborate with her in order to design and execute an experiment at the KLIVV, using a semi-captive population of House Sparrows.

The timing could not have been better for us to start this project, as there was one thing in particular that I was eager to test relative to group performances. I wanted to investigate if there could be a difference in groups’ performance when multiple groups faced each other, competing over the same resource. In previous experiments on this topic, group performances had been tested by measuring each group separately and then confronting their performances. However, groups encountering each other is commonplace in many taxa, both in species with population structures based on fission-fusion dynamics and species with stricter rule membership. The performance of one group might thus be influenced by the presence of another, and the two groups might gain or lose benefits in a completely different way when competing than when tested alone: for example, a group gaining a resource first would mean that individuals of the other group would lose it. The idea was to structure the experiment like a two-teams game, where we could keep track of every single individual in order to see if belonging to a group had any impact on its individual “score”, i.e. its performance. I met with Elisa and Matteo at the Behaviour conference 2017 in Estoril, and with the scenic Portugal Atlantic coast as our background we thus created the basic experimental design, later involving also dr Herbert Hoi, one of the resident ornithologists at the KLIVV. We used three aviaries adjacent to each other as the experimental environment: in the left and right aviaries we released a “team” of three birds each, i.e. our experimental groups. In the central aviary we instead deposited the only food source, atop a pedestal: 9 mealworms (Tenebrio molitor), i.e. a limited, clumped and extremely attractive resource. The number of mealworms eaten by each individual represented the performance of that individual, i.e. the resource that it was able to acquire. Small doors connected the three aviaries: when they were remotely opened, the test started.

What we discovered was that, even when two teams were facing each other, there was still a strong group-linked factor: the team that first picked a mealworm ate more than the other team, even excluding all the mealworms eaten by the first individual to feed. In other words, the two companions of the first feeder ate more mealworms than the entire other team combined: whoever belonged to the team with the first player to score, was itself poised to score more than any player of the other team! As far as we know, this is the first experimental evidence of variable group performances between two flocks of conspecifics facing each other. Concerning first feeder individuals, we later discovered them to be on average greater risk-takers: we can thus speculate that the behavior of these individuals might have been determinant in increasing the resource consumption of their groupmates, i.e., associating with the first eater might have allowed its companions to become “winners” at the game of worms.

In conclusion,  group membership, at least on a small time scale, determines winners and losers in a game of limited resource acquisition. The main implication of our finding is a potential effect of overarching social structure on individual fitness: selective pressures can be influenced by the behavior of certain groupmates and the membership of certain groups, creating a complex feedback between phenotypic group composition and the success of the group.

For the full article, check https://www.nature.com/article... 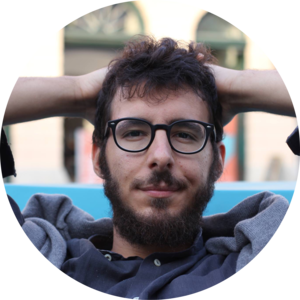