Kelp forests represent some of the most diverse and productive habitats on Earth, yet fundamental understanding of their ecology is lacking in many regions. We conducted field surveys and experiments to quantify rates of primary productivity and examine the importance of environmental drivers 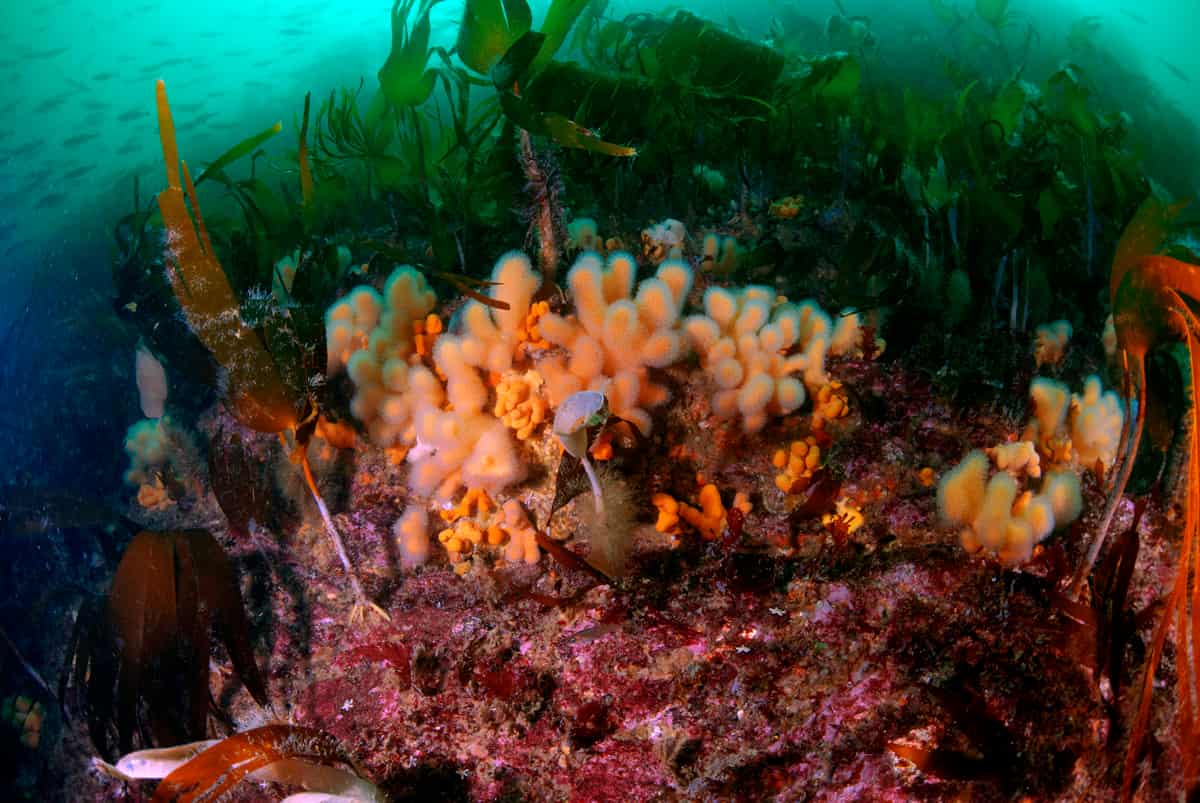 In 1839, during the Voyage of the Beagle, Charles Darwin remarked that “the number of living creatures of all Orders, whose existence intimately depends on the kelp is wonderful” after being awestruck at the sight of Giant Kelp forests in South America.  Some 180 years on, and kelp forests retain their fascination and inspiration for modern-day marine biologists. While some kelp forest ecosystems have been extensively studied, such as those dominated by Giant Kelp (Macrocystis) in California or the common kelp (Ecklonia) in southern Australia, others remain largely unexplored. Kelp forests are found along ~25% of the world’s coastlines, yet in many regions fundamental ecological information, such as kelp species’ rates of primary productivity, their role in carbon cycling, their biodiversity value and their importance as habitat providers for other species including fish, crustaceans, birds and mammals, is lacking. 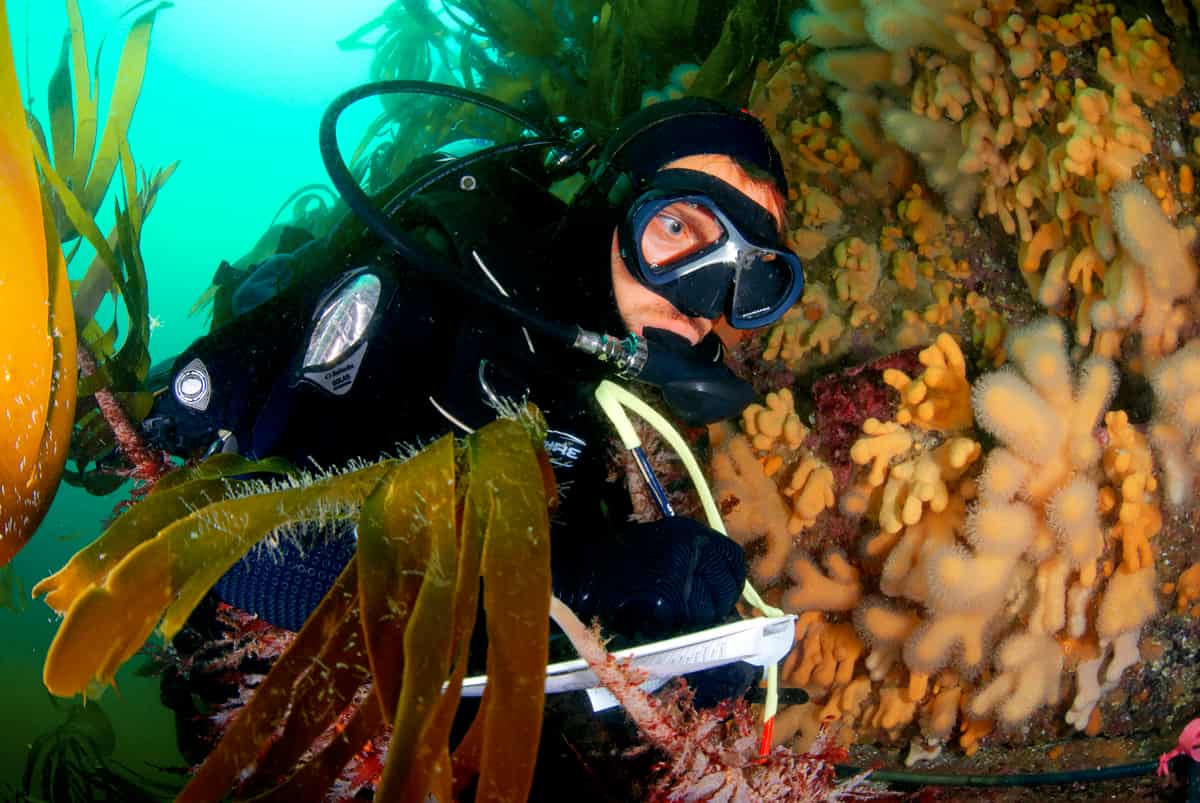 As most kelp forests inhabit shallow, cold, nutrient rich waters, collecting much-needed biological information can be challenging, and often requires scientific scuba diving techniques and sometimes requires battling against wind, waves, low temperatures and poor water clarity. We aimed to quantify rates of biomass accumulation and growth for multiple populations of the Atlantic kelp Laminaria hyperborea which forms extensive underwater forests along the coastline of northwest Europe. To do this, we set up surveys and experiments at 8 shallow subtidal study sites around the United Kingdom (UK), with sites spanning a latitudinal gradient of 9° from southwest England (near Plymouth) to northern Scotland (Orkney Isles). The latitudinal gradient also encompassed a gradient in average sea temperature of ~2.5°C, allowing us to examine the influence of ocean climate on kelp productivity. 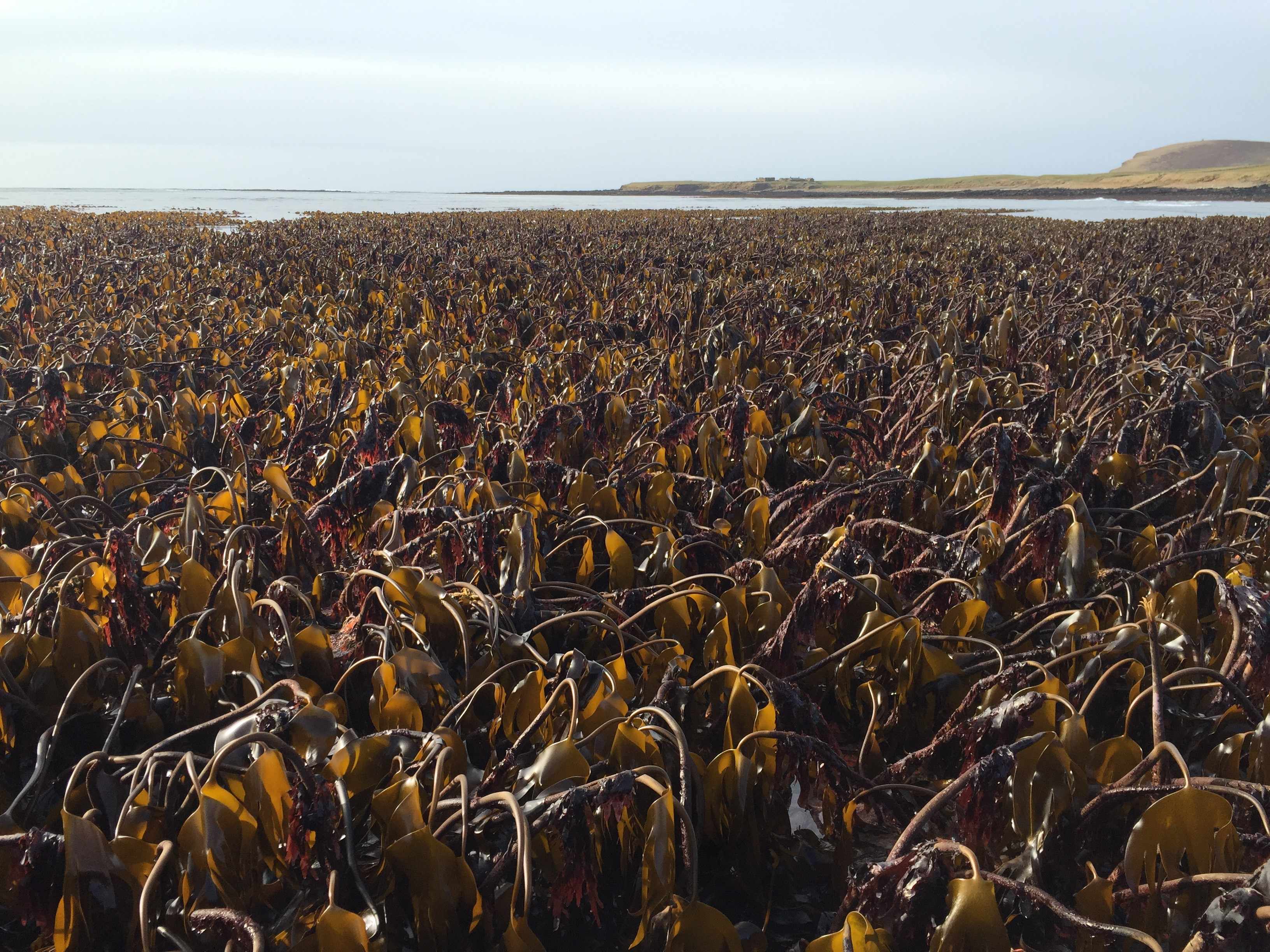 At each site, we measured a suite of environmental variables as well as growth rates of individual kelp plants. This was achieved by marking plants with brightly coloured tags and hole-punching discs at set distances from the base of the blade (i.e. the large, flat leaf-like structure for photosynthesis and growth), where the kelp’s meristematic tissue is located. As the kelp grows the blade acts like a conveyor belt of new biomass, with older tissue shifting from the basal area where it is formed towards the distal end of the blade over time. Once established, the tagged and punched kelp plants were then relocated after 5-6 weeks and harvested for processing back at a makeshift lab.

Our particular kelp species of interest has a clearly defined seasonal growth pattern, with maximum rates of primary productivity in late winter through to spring, when nutrient levels in coastal waters are still relatively high. This poses a challenge, as the experiments needed to be set up in March to capture the peak growth season and to obtain reliable estimates for the annual productivity rates. As such, diving in the Orkney Isles in northern Scotland in spring, when sea temperatures were around 6°C, was rather testing, despite using dry suits and high-spec thermal protection. We were each conducting 3 dives a days to complete the work, which felt mentally and physically draining. Thankfully, as the pubs on Orkney tend

to keep a warm fire while serving excellent food and ale, we were able to recover, refuel and rehydrate accordingly.

Perhaps the greatest challenge was simply keeping the ‘show on the road’ in terms of the logistics of moving a team of biologists and support divers to multiple study sites located along 1000 kilometres of coastline. A constantly evolving work plan, dependent on weather, personnel, and various scientific tasks presents issues but also promotes a great sense of camaraderie and teamwork. 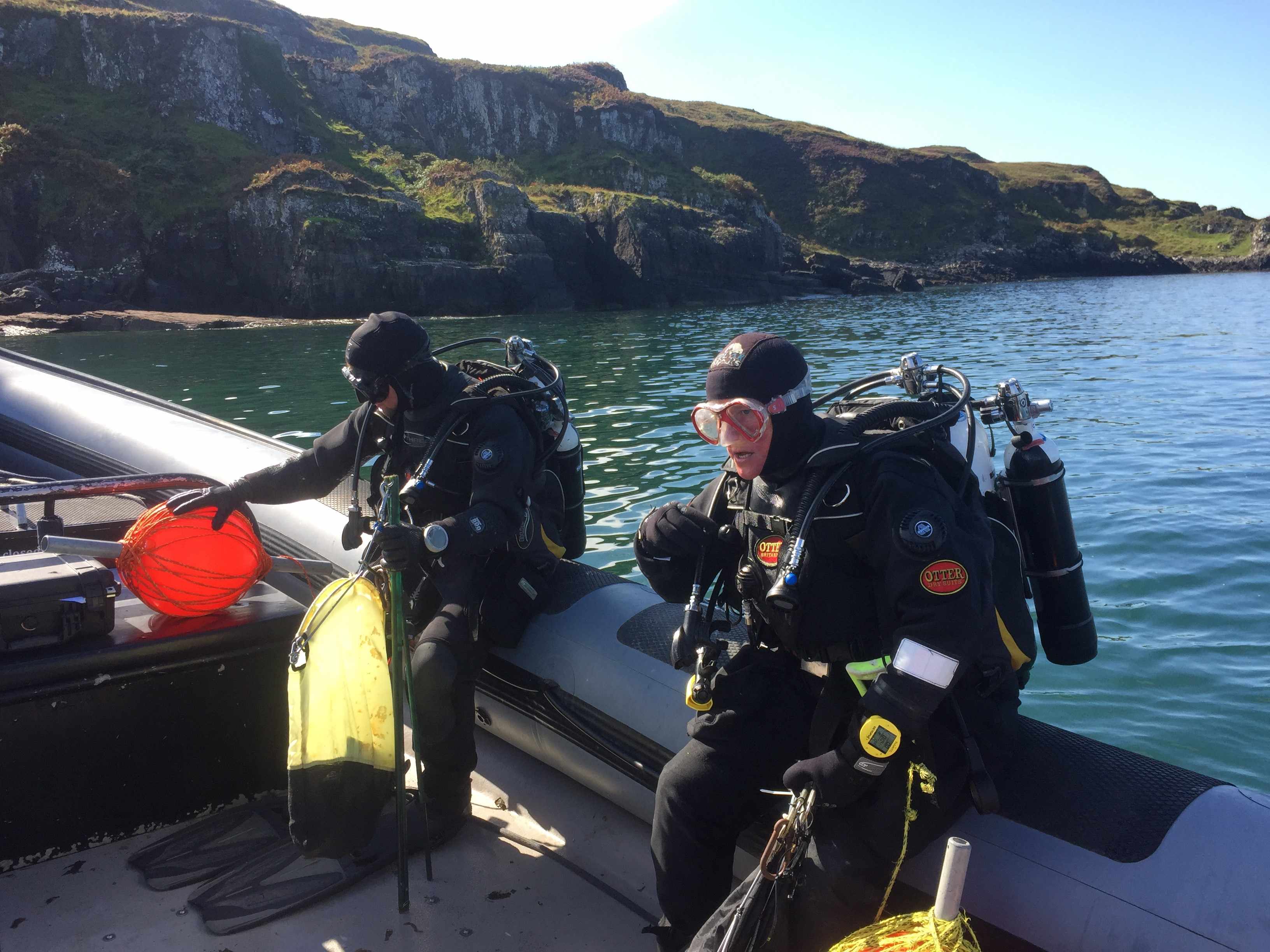 Ultimately, the project allowed us to work in some stunning marine habitats, often in fantastic diving conditions, and it was a real privilege to explore the kelp forests with their abundant and diverse flora and fauna. The study shows that these kelp forests are extremely productive and likely to be an important component of inshore carbon cycles, and may play a role in natural carbon sequestration (i.e. Blue Carbon) as efficient donors of organic matter. Crucially, we showed that sea temperature and light availability are important drivers of primary productivity, in that kelp forests in the cool clear waters around northern Scotland were the most productive and captured, stored and released the most carbon. As such, if coastal waters continue to warm or water quality decreases and becomes more turbid, we expect the productivity of these marine forests to decline. 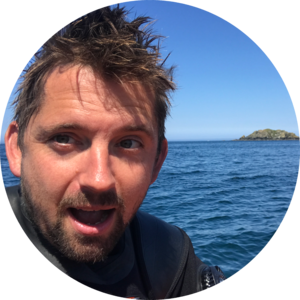