Most animals use DNA methylation at CG dinucleotides to regulate gene expression. However, we found that a non-CG form of DNA methylation was a much later addition to the epigenetic code that regulates brain transcriptional programs in vertebrates.

When I arrived as a postdoctoral researcher at the University of Western Australia in 2014, the laboratory of Ryan Lister and collaborators at Salk Institute had recently published a paper showing that mice and humans have a unique form of DNA methylation in the brain. Apart from having methyl groups on Cytosines followed by a Guanine (CpGs), which is the most common form of DNA methylation in animal genomes, brain cells had an abundance of methylated cytosines followed by non-Guanine bases (non-CpG methylation). This type of DNA methylation was interesting since it accumulated exclusively after birth, suggesting a role in neural maturation, and plays a role in silencing neural-specific genes. Concomitantly, another member of the laboratory, Ozren Bogdanovic, was interested in expanding the knowledge of vertebrate epigenomic mechanisms beyond mammals. In his previous work, Ozren had shown that many gene regulatory mechanisms originally described in mammals are largely conserved in zebrafish or frogs. My main expertise was in comparative genomics, linking molecular innovations to large evolutionary changes. Therefore, the project to understand the evolution of the non-CpG methylation system emerged naturally as a combination of our three distinct yet complementary research interests.

The quest was to understand when this form of non-CpG methylation emerged in evolution. To determine this, we set about analysing the methylation patterns across various vertebrate and invertebrate lineages. The problem was that obtaining brain material for many of these lineages was not trivial. Firstly, we required species for which we had genome sequences available, since that is crucial to determine if there is any non-CpG methylation and where it is found in the genome. Secondly, we were limited by the strict biosecurity laws to import biological samples into Western Australia. We solved this thanks to a great network of collaborators from around the globe, who had access to this diverse set of species. We gathered material for Japanese lampreys and the deep sea elephant shark from our collaborator in Singapore (Byrappa Venkatesh), the Australian iconic platypus and the marsupial opossum samples came from Adelaide (Frank Grützner and Tasman Daish), the Pacific octopus was raised in a collaborator’s laboratory in Chicago (Clifton Ragsdale and Carrie Albertin), and the amphioxus material was freshly fished in front of Banyuls in southern France (Hector Escriva and Stephanie Bertrand). Of special mention were the various samples sent by Elisa de la Calle Mustienes and the late Jose Luis Gomez Skarmeta, who sadly passed away last year. This highlights how nowadays research relies on truly international collaborations, in this case involving scientists from four continents. We were also lucky that, this time, Australian customs allowed us to import genomic DNA of this small zoo of species.

But to assemble a full regulatory layer, vertebrates required a protein to “write” this new form of methylation. Furthermore, methylation is a small chemical addition to DNA, and by itself does not have a regulatory role, depending on proteins capable of “reading” the information of this mark to modify nearby gene activity. Thus, we searched for the origin of the proteins that are known to perform these functions in mammals: the “writer” DNMT3A, and the “reader” MeCP2. We found that both genes are present in all vertebrate genomes. However, these genes were not completely new, they evolved as duplications of ancestral genes, usually found as single copies in invertebrate genomes. These duplications were a consequence of the ancestral whole genome duplication that occurred in the last common ancestor of vertebrates, allowing the redundant gene copies to gain novel functions.

The most fascinating example came from MeCP2, which is a crucially important protein implicated in Rett Syndrome, a neurobiological disorder that affects 1 in every 8,500 born females. MeCP2 is a protein highly expressed in neurons (at similar levels to histones), and is known to bind non-CpG methylation and regulate gene expression. Surprisingly, the ancestral form of MeCP2 in invertebrates was not involved in gene regulation but in DNA repair. But this drastic shift from a role in DNA repair to a role in gene regulation was not such a big evolutionary leap. The amphioxus, the sister lineage to vertebrates, possesses an intermediate form of MeCP2: partially looking like the invertebrate sequence but also showing features similar to MeCP2, reminiscent of an “archaeopteryx” gene - the missing link with a combination of ancestral and modern features.

This research shows how a novel epigenomic regulatory layer was assembled in a stepwise manner, using old pieces to build a different code on top of the ancestral CpG methylation. Given that non-CpG methylation is important in neural functions and that vertebrates have very complex brains and behavioural repertoires, we think that the acquisition of a more sophisticated way to regulate gene expression could have played an important role in vertebrate brain evolution. 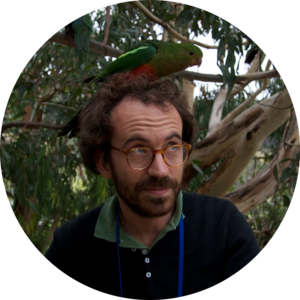