Behind every paper there's a quest. We've all experienced the pitfalls in the path extending beyond 'project design' into 'publication' but, we don't always hear of the hurdles behind the paper. Here are some scenes from our quest for finding the genomic signatures of fast adaption in the wild.

The fellowship of the rearing

In 2015, the Berner group was rearing thousands of hybrid threespine stickleback fry.

The objective was to release lake-stream hybrids — a a mix of the genomic variation typically found in the two diverging environments — into three natural streams and track their survival.

So, by monitoring the genomes of the surviving hybrids for changes in allele frequencies, we should be able to observe natural selection in real time.

One year after releasing thousands of baby hybrids in the streams, we returned to our experimental sites.

Alas, two of the stream replicates were gone: one without trace of stickleback, the other with nothing left but mud and heartbreak…

In the third stream, however, stickleback were thriving!
Peering at the surface we could see stickleback dwelling between stones and roots. Gazing around we saw some of their typical predators and prey.

Two questions still stood! So we got to sample the genomes of the survivors.

We had planed to simply compare the genomes of the survivors with a reference sample of hybrids, and to identify genomic regions unexpectedly strongly differentiated between the two.

Such regions should harbor genetic variants promoting survival in the stream and thus offer evidence of rapid natural selection in the mixed hybrids genomes, right?

However, having crunched the sequence data and staring at genome-wide differentiation I was struck with acute synesthesia: the noise was blinding. With information from a single stream there was no meaningful way to disentangle real high differentiation from noise.

It was then that we heard that all too familiar song, by the choir of all the scientists in the world:

and there was only one place to get it from: Nature.

Threespine stickleback have been adapting to the Constance lake and to the surrounding streams for centuries. That natural genomic divergence held the solution to deal with the noise: the specific regions where natural selection acts when stickleback adapt to the stream.

By comparing the whole genomes of the natural lake and stream populations, we unveiled regions in which we predicted adaptive change to occur during our field experiment. If in these regions shifted toward the stream alleles in the survivors, we were on the right track to capture selection.

Peering into the landscape of adaptation

When inspecting all the predicted targets of natural selection, we found that the surviving fish showed an overall frequency shift of 2.5% towards stream alleles.

Had we caught it? Were we really seeing natural selection in real time?

Yet again, we faced that familiar uncertainty. Could this be sampling noise? We needed a solid benchmark.

We challenged our result by replicating our analysis 9'999 times, with regions not predicted to be selection targets, and learned that there was a really small chance (1.7%) that the observed adaptive shift was an artifact.

It took heavy woodwork, sweat, rearing two generations of stickleback (and PhD students) and long long months of coding, but the creative and collaborative effort of all the authors to overcome the inevitable obstacles in research led to the paper you can now read here.

Many peaks remain to be climbed to have a clear view of the genomics of adaptation and all its idiosyncrasies, but we are now a little step further.

So, wanderers of the adaptation landscape, on to the next quest we go. 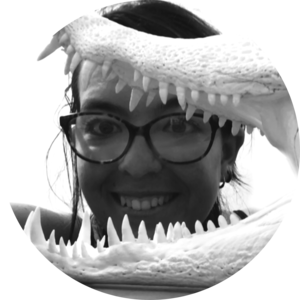