Herbivory in Carnivora: the case of emblematic cave bears

Due to their massive fossil record in caves across Europe, cave bears are among the best studied extinct species in the Quaternary Ice Age. These gigantic bears that once roamed Eurasia are closely related to the brown bear and polar bear and became extinct around 25,000 years ago. In contrast to their aforementioned extant relatives, their feeding habits were considered to be herbivorous based on morphological traits (i.e. dental morphology, inferred cranial musculature) by early scholars already.

In this context the following question came up: do cave bears, one of the largest terrestrial carnivorans that ever lived, have paradoxical ecology never observed in modern ecosystems: a very large body size combined with a strictly herbivorous feeding preference in cold, dry environments? Such strict and ubiquitous herbivory seems implausible for large carnivoran species. Indeed, body sizes of extant herbivorous carnivorans such as giant panda and binturong are all much smaller than cave bears and inhabit today’s subtropical environments, not cold ones. During the past three decades, stable isotopic analyses on bulk collagen (mainly carbon and nitrogen stable isotopes) further confirmed herbivory in the vast majority of cave bear remains from the Alpine region with adjacent areas, Spain, SW France, Belgium and Central-Eastern European caves. However, for some Carpathian populations of Romania, outstanding isotopic values were recorded. The controversial and mysterious large variation in isotopic composition of fossil collagen for cave bear populations in Romania has been interpreted by some researchers as possibly reflecting both omnivorous and herbivorous diets, the latter reflecting also environmental factors such as local climate condition. However, similar isotopic values could be found in bone collagen of some clearly herbivorous taxa in other regions, leading to an active debate about the interpretation of these Romanian cave bear isotopic data.

We sought out this decade-long debate by analyzing ancient molecules (proteins and DNA) preserved in fossil bones for populations with peculiar isotopic signals in today’s Romanian Carpathians. We had the unique opportunity to investigate cave bear fossils of this region to accurately assess their feeding behaviors by measuring isotopic composition of individual amino acids. Ancient mitogenomes were used to infer molecular ages/dates for some of the fossils. We found that all analyzed individuals from different time periods exhibited strong signals of herbivory, reconfirming that cave bears from Europe analyzed so far were functional herbivores.

Reconstruction of feeding behavior in past animals is essential in understanding the processes and causes that lead to their extinctions. Cave bear fossils have been found across the broad region of Eurasia. More multidisciplinary studies will be needed to further examine the dietary trend of such extinct species in the huge continent (http://paleoasia.jp/en/). Investigations into the diet of cave bears may serve as an approach to illuminate possible factors that can drive endangered, vulnerable carnivoran species into extinction. 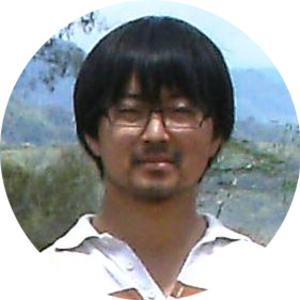