The first time that I saw Kalanchoe × houghtonii (Crassulaceae) was about a decade ago on the rooftop of my grandparents old house. I was deeply impressed by its distinctive morphology, really strange for me at that time: the boat-shaped leaves with a myriad of bulbils arising from their acutely-serrate margins and their distinctive mottled coloration (resembling a camouflage pattern) as well as the eye-catching dark red-flowered inflorescences. This “dangerous” or “military” appearance is in the end actually correlated with its invasive potential; this popular ornamental plant has become a global invader in less than 90 years after its creation by the horticulturalist A. D. Houghton by crossing two species endemic to Madagascar, Kalanchoe daigremontiana and K. tubiflora. Interestingly, this hybrid does not seem to form naturally, even when the two parental species are co-inhabiting in a given place.

We have been gathering observations of this artificial hybrid since 2014; in beginning with a more local or regional focus, but later, when we started to realize that this plant was really ubiquitous, we expanded our research to a global scale. In Spain, our observations unambiguously suggest that the hybrid is already among the worst invasive plant species there. The present study, which has been published in Scientific Reports, had two main objectives: (1) exploring the present distribution range of this hybrid and (2) estimating its potential distribution range.

Looking for occurrences of K. × houghtonii was really a challenging task, as the species was not formally described until 2006 which meant that all presence records previous to this year (but also some records after 2006) were originally determined under other names. This was not a trivial issue, as almost half (47.5%) of the occurrences we gathered were labelled differently than “Kalanchoe × houghtonii” or any of its synonyms. This means that, if we had restricted our search to the hybrid, we would have missed half of the localities. Given its strong morphological resemblance with one of its parentals (K. daigremontiana), many occurrences of the hybrid were under this name, but occurrences were even found under names unrelated with any of the two parentals.

Our locality search efforts also focused on using “non-standard sources”, which proved to be rewarding. Where using exclusively “standard” sources (biodiversity web portals such as GBIF, herbaria, scientific publications, or direct observations) allowed us to compile just 62% of the total occurrences. The rest of the records were obtained from other sources, particularly the citizen science web portals (e.g. iNaturalist), but also truly non-scientific sources including photo-upload tools (e.g. Flickr), social media platforms (e.g. Instagram), and even personal blogs. Using these “non-standard sources” was ultimately of paramount importance, as they provided the only occurrences in several regions (e.g. the whole sub-Saharan Africa or the Indian Subcontinent) that would otherwise appear as “blank” in the species range map.

Our search of occurrences showed that this hybrid has reached all continents except Antarctica, and this would have occurred mostly during the last 20 years. The MaxEnt models show, however, that the species has only occupied a small fraction of its potential distribution. Human footprint was the variable that contributed most to the niche models, as we anticipated for a species whose spread is strongly linked to humans (in K. × houghtonii the clonal propagation through production of asexual plantlets is clearly dominant over sexual reproduction). However, we would be naïve to think that this plant is only invading exclusively urban areas and places immediately adjacent to the gardens where it is planted; the species is increasingly found in natural habitats including beaches, cliffs and rocky areas, shrublands, and even forests. The capability to produce viable seeds, as reported by one of the authors of our study (Ileana Herrera), is surely behind most of these “out of city” infestations.

Unexpectedly, future prediction niche models (year 2070) suggest a considerable reduction of its potential range (averaging one third) compared to the present. We speculate that this shrinkage might be related with the Crassulaceaean Acid Metabolism (CAM) of K. × houghtonii (our hypothesis is detailed in the Discussion section of our article). Whether this decrease in potential habitats is particular to K. × houghtonii or, alternatively, is a general pattern for Crassulaceae and CAM plants would be an exciting new research avenue, especially when one takes into account that many invasive plants of ornamental origin are of this kind.

With the aim of getting a better knowledge of K. × houghtonii, we are already working on different fronts. First, we are assessing the cytotypes of several invading populations throughout the world to check whether they are triploid (as expected for a hybrid between a diploid and a tetraploid species) or they show a different ploidy level. This is an important point because it has been reported that there were originally two clones of K. × houghtonii in cultivation; a fertile tetraploid and a sterile triploid. Whether this has any relation with the cultivars that exist today (and their invasion ability) would make for interesting research. For instance, one may wonder whether the forms with narrower leaves are tetraploid (in the tetraploid K. tubiflora, leaves are subcylindrical) whilst the forms with wider leaves (those more resembling the diploid K. daigremontiana) are triploid or even diploid. Second, we are gathering all the occurrences of the two parental species at global level to see whether the hybridization process has broadened the ecological niche of K. × houghtonii compared to its parental species. Using a workflow recently proposed also in Scientific Reports, we are aiming to test this by comparing ecological niches through both environmental (E) and geographic (G) spaces. Finally, we are also planning to carry out ecologic and demographic studies to see whether K. × houghtonii has a higher colonization ability compared to their parental species (i.e., higher growth rate or better reproductive performance).

If anybody has observed K. × houghtonii or any of its parental species (K. daigremontiana or K. tubiflora) in the wild, I would greatly appreciate if you could send me a picture and the geographic coordinates (jlopezpu@gmail.com; jlopez@ibb.csic.es). 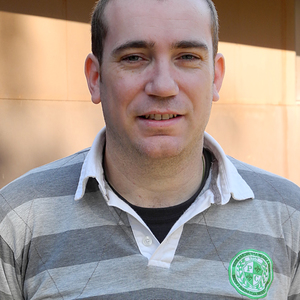