When company becomes a crowd

Larval restoration assists recovery of degraded coral reefs through provision of millions of coral larvae. But is there a sweet spot between too few and too many?

How far away should YOU be from everyone else? This is a key question for humanity right now as we struggle to contain COVID-19. However, it’s always been an important ecological consideration for sessile marine organisms searching for the best place to permanently settle at the end of their pelagic larval dispersal stage. Too far apart might compromise an individual’s reproductive success, but too crowded might lead to problems with intraspecific competition.

Our team of marine ecologists from Southern Cross University in Australia works on coral reef restoration. The method we’re developing is called larval restoration. This involves the collection of abundant coral gametes on coral spawning nights, rearing the embryos into millions of competent coral larvae, and then releasing these larvae directly onto degraded reef areas. It’s a method that is best suited to areas with very limited natural recruitment (dela Cruz & Harrison, 2017).

With coral reefs declining globally, increasing effectiveness of all restoration methods is a key focus in coral reef research. To maximise the impact of larval restoration, we wanted to test a wide range of coral larval densities supplied to a limited spatial area to find out which would give the best results for future restoration efforts. We specifically wanted to explore the effect different initial larval densities might have over time, i.e., what is the relationship between larval supply density and initial settlement compared with persistence and growth of juvenile coral colonies over two years?

We did this through a manipulative field experiment at our team’s established study site in the north-western Philippines. Our research here is funded by an ACIAR grant led by Professor Peter Harrison. We cut settlement tiles from dead coral skeletons, then enclosed them inside modified cookie containers with 30 different densities of coral larvae. After five days we removed the containers and counted the newly settled coral polyps. Then we put the tiles back onto the reef and continued monitoring them for coral colony persistence and growth over the next two years.

Unsurprisingly, we found that the more larvae were provided, the greater the larval settlement. However, the post-settlement persistence of juvenile coral colonies was low on tiles with the high densities of larvae provided (> 2500 larvae) and coral growth was lower too. Tiles provided with mid-range densities of larvae (~1000–2000 larvae) had the highest post-settlement colony persistence and grew to create the greatest areas of coral cover. For our study species, this confirms that larval densities can be optimised to maximise colony persistence and growth.

The take home message for reef managers interested in larval restoration is that while it might be tempting to increase larval densities to get high initial settlement at a coral restoration site, our results show there can be longer term disadvantages in forcing juvenile corals to be overcrowded.

Below is a conceptual diagram summarising our results. A high resolution version of this diagram, and further details about the experimental design, methods and results, are available in our paper, here. 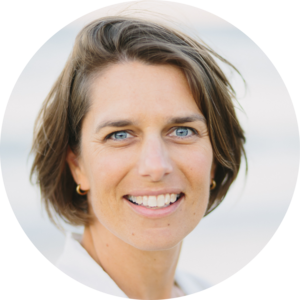