Our environment is rapidly changing and many species will need to adapt to survive. In response to this global biodiversity crisis, 195 governments signed the Convention on Biological Diversity and pledged to conserve habitats that support "key evolutionary processes". Populations can evolve local adaptations to their surrounding conditions, and such adaptations can potentially play a role in their adaptation to broad-scale environmental change. Based on this idea, protected area systems and other effective area-based conservation measures can help maintain a species' adaptive evolutionary processes by securing populations in a range of suitable habitats with different environmental conditions (that is, securing the species' niche).

In this study ("Global conservation of species' niches"), we measured how well species' niches are covered by existing protected areas. To achieve this, we compiled (i) digital maps showing suitable habitat for 4,836 amphibian, 8,653 bird, and 4,608 terrestrial mammal species, (ii) global climatic datasets to characterize their niches, and (iii) digital maps that delineate the boundaries of existing protected areas. As you can imagine, one of our biggest challenges was working with these large datasets. To give you an idea, if you tried storing all the species' niche data in an Excel Spreadsheet, then it would have over two hundred thousand rows and five million columns (though I wouldn't recommend trying this). After completing our analyses – using computational resources generously provided by the National eResearch Collaboration Tools and Resources (NeCTAR) project – we were surprised by the results.

We found that 18,097 (90.8%) terrestrial vertebrate species do not have their niche adequately covered by existing protected areas. Furthermore, 9,651 (48.4%) species have exceptionally poor coverage of their niche by protected areas. Of these species with exceptionally poor coverage, 2,385 are internationally recognized as globally threatened with extinction. These results mean that, for many species, existing protected areas could be missing populations that have an important role to play in their long-term survival.

Although limited information is available on local adaptations in wild populations, previous studies have uncovered examples in threatened species. For example, in 2005, Gentile Ficetola – one of our collaborators on this study – and his colleagues discovered that foothill populations of the globally vulnerable Italian agile frog (Rana latastei) could have local adaptations to their cold surroundings. Sadly, we discovered that this species' niche is not adequately covered by existing protected areas, and additional protected areas will be needed to cover habitats with specific environmental conditions to maintain the adaptive potential of this species. Our analyses show that such additional protected areas will be needed for thousands of species across the world to safeguard their adaptive potential.

We extended our analysis to identify priority areas for establishing new protected areas to cover species' niches. This was not a trivial task. These priority areas needed to be strategically sited so that each and every species – of the total 19,937 species we examined – had adequate niche coverage. Since the resources available for conservation are limited, we also needed to ensure that they did not encompass more land than necessary and complemented existing protected areas. For this purpose, we used a decision support tool called prioritizr that an international team of conservation scientists, including myself, have been working on to identify conservation solutions using optimization algorithms.

The priority areas encompassed 33.8% of the Earth's land and inland water areas when combined with the existing protected area system. Many of the priority areas were located in global biodiversity hotspots, such as the tropical Andes, Cape Floristic Region, Madagascar, Himalayas, and the species rich island nations of Southeast Asia and the Pacific. We also found that conservation efforts are needed outside of biodiversity hotspots too, with many priority areas located throughout Africa, Asia, Europe, and Northern America. These findings highlight the need for globally coordinated conservation efforts.

In summary, we found that existing protected areas are not adequate for conserving habitats that promote evolutionary processes. Later this year, signatories of the Convention on Biodiversity are meeting again to shape conservation policies for the coming decade—providing a golden opportunity to improve protection of such habitats. 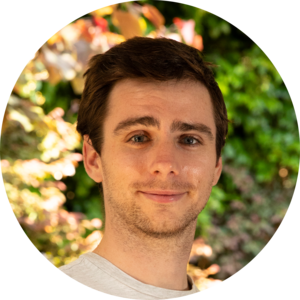