Biodiversity hotspots are most vulnerable to global warming.

The Climate Stability Hypothesis for the latitudinal gradient of diversity theorises that regions with relatively stable temperatures, during periods of rapid global climate change, provide important climate safe havens for nearby organisms, allowing them to persist, prosper and for new lineages to spawn. We directly tested this theory using 21,0000 years of continuous climate data, new metrics for calculating and classifying climate stability, and millions of species occurrence records.

We show that key hotspots of species diversity for three classes of animals (amphibians, birds, and mammals) occur in regions that have experienced stable temperatures and variable precipitation, during the late Quaternary. We also show that these climate safe havens (areas with climatic conditions that are conducive to diversification) are the most vulnerable to human-induced climate change, and that projected changes to temperature and/or rainfall in the biodiverse tropical latitudes could potentially push many species to extinction.

To establish the role of regional climate stability on nearby diversification, and to determine the potential future impact of climate change on some of the most biodiverse regions of the world, we built a comparative picture of past and future near-centennial climate stability, using monthly resolution paleo- and future-climate data. We have shown previously why it is pertinent to use continuous paleoclimate simulations when quantifying the drivers and processes that shape patterns of biodiversity, particularly since tropical latitudes have varying levels of climatic stability.

By calculating and mapping trend and variability in temperature and rainfall during near-centuries of rapid global mean temperature change, we quantified and classified climate stability at regional scales (~250 x 250 km) for the last ~ 21,0000 years (a period that includes several high magnitude rapid climatic shifts) and for the 21st century under two emissions scenarios. We found that climate stability explained global patterns in biodiversity with high levels of species richness occurring in regions where the trend in temperature remained low and the inter-annual variability in rainfall was high. Indeed, we found that more than 58% of tropical terrestrial and marine environments experienced stable temperature conditions over the last 21,000 years, and that there was significant overlap between stable temperature and unstable precipitation conditions. The latter is likely to promote diversity through niche partitioning.

Figure 1: Species richness was higher in regions that experienced stable temperatures and unstable rainfall conditions over the last 21,000 years (A). We expect there to be large changes in regional climate stability between the past (B) and the future (C) – particularly in the tropics where large shifts from stable to unstable temperature conditions are forecast. See our paper here for further details.

When we overlaid the global network of biodiversity hotspots over our maps of climate stability/instability we found that 48% of the area of these hotspots was characterised by highly stable temperature and highly unstable precipitation conditions during the late Quaternary.

Looking to the end of the 21st century, we estimate that more than 55% of land and ocean that exhibited stable temperature conditions in the past will become unstable by 2100. The future is most ominous in the tropics with losses of more than 42% of climatic regions in terrestrial areas with both stable temperatures and unstable precipitation conditions. These losses are likely to have strong impacts on biodiversity in regions such as Australia’s wet tropics, Madagascar and the Guinean forests of Western Africa, the Andes Mountains, and the Indo-Burma hotspot in tropical Asia. Concerningly, we found similar patterns of change for high and mid-level emission scenarios.

Figure 2: Tropical forests and the species that live here are projected to be severely impacted in the near future, with large reductions in terrestrial areas that exhibit both stable temperatures and unstable precipitation conditions.

Where climate safe havens are likely to persist, we show that temperatures in these regions are likely to exceed the acclimatisation capacity of many species, making them short-term hospices for regional biodiversity at best.

Our results advocate the need for immediate research into conservation management actions that could lessen the impact of climate change in tropical regions and more specifically the world’s network of biodiversity hotspots. We are now using this method and data to better identify key reference points in the late Quaternary that will further improve knowledge of biotic vulnerability to future climatic change. 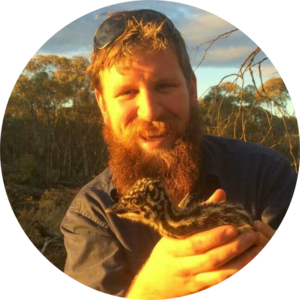