Small within the largest: brain size and anatomy of the extinct Neoepiblema acreensis, a giant rodent from the Neotropics

The rodent Neoepiblema acreensis is part of a group of South American rodents known as Caviomorpha, and more specifically, of the Neoepiblemidae lineage. It was about five feet long and weighed around 80 kg, which surpassed the capybara (Hydrochoerus hydrochaeris), the largest living rodent, which has an average of 60 kg. This rodent is an extinct relative of the chinchillas (Chinchilla) and pacaranas (Dinomys) and inhabited the western Brazilian Amazonia about 10 million years ago and lived in swampy environments that existed there before the emergence of one of the largest tropical forests in the world.

Extant caviomorphs include the capybaras, porcupines, guinea pigs, chinchillas. However, during the Late Miocene and Pliocene periods several lineages of South American rodents reached gigantic dimensions (some of them with more than 500 kg) when compared to most extant rodent species (currently there are more than 2000 species of rodents that weigh on average less than a 1,000 grams) – this is a singular feature of South America since rodents are cosmopolitan, but only here did they develop gigantism in so many lineages. In addition to these large rodents, other groups of mammals exclusive to South America and giant reptiles also lived during that time, as is the case with Purussaurus, which is a crocodilian that could reach 12 meters in length.

One afternoon, I was calculating the Encephalization Coefficient (EQ) for Neoepiblema acreensis and realized that there was something strange. Its EQ was very low from the average of the rodents studied. I redid the calculations and the virtual model several times, because I didn't believe what I was seeing. Until then, after testing several times, the result was always the same. And he concludes that what my eyes saw was correct. This aspects that most caught our attention is that although Neoepiblema acreensis was one of the largest rodents ever, the brain of this giant rodent was very small relative to its body mass.

What would be the explanation for such a large rodent with such a small brain?

Brains consume much of an organism's energy. Some studies have shown that if the animal has a large relative brain size and a large number of neurons, this is beneficial for its survival. For example, this is very clear in the group of primates and carnivores, which have relatively large brains, with a high neuronal density, which brings benefits to the animal's survival strategies. On the other hand, if an animal has a large brain, but with a lower neuronal density (which is the case of rodents), it does not enjoy the same associated benefits, which implies an unnecessarily high energy consumption, especially when associated to a large body mass.

When Neoepiblema acreensis inhabited South America, carnivorous placental mammals had not yet arrived in this continent, since the Isthmus of Panama was not yet formed and there was no terrestrial connection with Antarctica. Thus, South America was isolated, like a giant island. The main predators of these giant rodents were crocodilians, who were also giants and inhabited the marshy regions mentioned above. Such crocodilians were not active predators, as are mammals. Thus, predation pressures were different from what they would become from the end of the Pliocene and Quaternary when the Isthmus of Panama was formed and the large carnivores entered the continent during an event known as the Great American Biotic Interchange (GABI). Our interpretation was that in the absence of ecological pressure promoted by predators, there was no need for giant rodents to have large brains since this would imply unnecessary energy consumption. After GABI, there was a significant increase in the degree of encephalization of rodents. The same pattern has been documented in animals that live on islands where there are no large predatory mammals. For example, among the current rodents that were analyzed in the study, those that have the smallest brains in proportion to their body mass, are island forms, such as the Hutia (Capromys), a rodent that inhabits Caribbean islands.

The paper is published in Biology Letters: 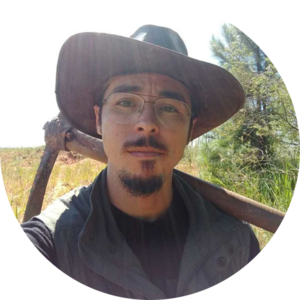