A comparative analysis across 4730 bird species shows that how groups form determines their potential to evolve complexity.

Answering this question is obviously tricky. But knowing how complex groups evolved on our own planet would help, and this is where our study comes in. According to evolutionary theory, a key predictor of how complex groups can evolve to be is how they got started. If groups formed by progeny staying in their families, this removes conflicts over reproduction – progeny can transmit their genes to future generations indirectly by investing in the reproduction of their relatives. This frees them up to perform other tasks, which in turn allows breeders to become specialized for reproduction. So, groups should be larger and more productive. In contrast, if groups form by non-relatives coming together, each must reproduce to ensure gene transmission, limiting task specialization within the group, so groups should be less complex.

Great! A clear prediction. How groups form should determine their potential to evolve complexity. But how on Proxima Centauri b do I test this? I needed a system which satisfied the following conditions: i) groups should form both by progeny staying behind (family groups) and by unrelated individuals coming together (non-family groups); ii) there should be multiple independent evolutionary origins of each type of group (for statistical power); and iii) group complexity should be quantifiable. That’s a very tall order. Especially measuring group complexity. I would need to know who in the group is reproducing, whether group members are specialized in breeding and non-breeding roles and group size.

Luckily for me, my co-author Ashleigh Griffin knew a system that satisfied these conditions: birds. Over 200 species raise young in cooperative groups and, thanks to the publications of dedicated field biologists, group complexity can be quantified in many of these. By using variation in group formation and complexity across species, I could test my prediction.

The Alexander Library of Ornithology, reconstructed here in Lego, where much of the research for the paper was conducted.

With a prediction and a system in hand, all I needed was some data. My field site was the Alexander Library of Ornithology or “the dungeon” (pictured above) as my other co-author Charlie Cornwallis fondly calls it. This was not a beautiful library. Set in the Tinbergen building, a brutalist paragon in Oxford now demolished due to asbestos contamination, it didn't have any natural light. Still, it had almost everything ever written about birds and Sophie Wilcox the librarian, who sat in what looked like a bullet proof booth inside the library, and Mike Wilson, who sat in front of the Handbook of the Birds of the World, added much charm.

It took me the whole of my PhD to collect the data needed to determine if more complex groups evolve from family vs. non-family units. Finally, I had the answer: they do! Reconstructing the origins of cooperative breeding across a phylogeny of 4730 bird species (the number whose breeding systems are known), we found that family and non-family groups have separate evolutionary origins and do not transition from one type of group into another, they have fixed trajectories. The data on group complexity showed that only family groups have specialized breeders – breeders that invest in fecundity at the expense of providing care. This was associated with reproduction being divided amongst group members and large group size. So, just as theory predicts, how groups form determines their potential to evolve complexity. Nice.

Back to speculating about aliens. For life to be structured on other planets as it is on Earth (groups within groups within groups), there will need to be an equivalent of genetic relatedness, the evolutionary glue that binds group members together, and here too, starting conditions should matter.

The birds in the picture are grey-crowned babblers, one of the cooperatively breeding bird species included in our analysis. Picture by Graham Lee. 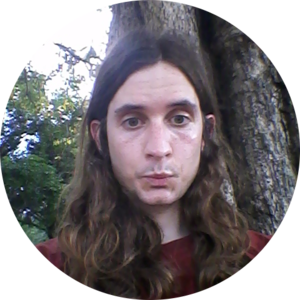