How climate change contributes to extinction risk in bumblebees

We developed a way to measure effects of extreme heat on species' extinction and colonization rates and tested it with data for bumblebees in Europe and North America. Extinction rates were eight times higher than colonization rates. Temperature extremes can drive climate change-related extinctions.

It is amazing what humans get used to. We are programmed by evolution to respond to short term problems. Longer term challenges can seem unreal and unimportant by comparison, a concept economists have named, “discounting the future”.

Humanity’s capacity to discount the future has led us into entirely foreseen crises related to biodiversity loss. Writing in 1984’s classic, Biophilia, E. O. Wilson warned that this was “the folly our descendants are least likely to forgive us.” He compared the destructive capacity of human activities to that of the meteor impact that helped end the age of the dinosaurs.

Yet Professor Wilson’s warning could not fully account for emerging threats posed by climate change, whose potential links with biodiversity loss remained largely unexplored at that time.

There are good reasons to think that climate change could accelerate extinction rates. All species have a basic array of tolerances to environmental conditions, requirements for resources, and dependences on other species. In sum, these needs represent a species’ realized niche. Species live in areas that fall within their realized niches. Stated simply, climate change is a potential problem because it alters where (or when) tolerable conditions occur. Because human-caused climate change is exceptionally rapid, areas that species can tolerate are shifting geographically at paces that may exceed the capacities of many species to track those shifts or to adapt in evolutionary terms.

So much for first principles. But, a critical and unresolved issue is how does climate change alter these vital population dynamic outcomes that determine whether a species persists or disappears?

Tim Newbold and I have longstanding – but independent – research programs that are dedicated to understanding the dynamics of biodiversity change. Tim’s work focuses somewhat more on land use change and he is a leader of the international PREDICTS program that links land use change to differences in species abundance over time. My work has emphasized climate change to a greater degree and has recently focused on geographical range shifts, using bumblebee species as a model group. When the Royal Society awarded us a grant to join forces, we leapt at the opportunity. Shortly after, Peter Soroye began his PhD studies in my lab at University of Ottawa, and we knew we had a team that could make progress. We rolled up our sleeves and got to work.

A lot of exciting scientific work begins with some creative time in front of a whiteboard, and that is where we began also. One potential insight we developed was a way to predict extinction and colonization likelihoods given the growing frequency of weather extremes that exceed the boundaries of species’ realized niches. By integrating this new metric of extreme weather impacts across years of data, we built predictions for where – and why – climate change could tilt the balance between local extinction and colonization.

As exciting as this idea was to us, the first true “Eureka” moment came later, when Peter tested our predictions against actual patterns of extinction risks faced by bumblebees in recent decades. This is where the bumblebee data, collected by hundreds of taxonomists over 120 years across Europe and North America, proved vital: areas experiencing greater temperature extremes (assessed in a species-specific way) were the places from which species were disappearing, independent of trends in land use. Those declines depend strongly on climate change, and in particular the extent to which temperatures have spiked above the limits that bumblebee species can tolerate in nature.

These results were robust to an array of “risky predictions”. They also led to a darker “Eureka” moment we had not thought about when we set out to do this work: overall extinction rates for bumblebee species exceeded their colonization rates of new areas by a factor of eight. When we realized this, during a conversation next to our trusty whiteboard, we fell silent for several moments. We had developed pretty powerful evidence of extraordinary rates of bumblebee decline across two continents.

We hope this work proves useful, especially because it implies a way to improve the conservation outlook for species. Strategies like maintaining sheltered areas, microhabitats, and habitat heterogeneity would reduce the exposure of these (and other) animals to increasingly extreme weather. These are strategies that can buy us time to get carbon emissions under control.

Our motivation for this work reflects the conservation warning that Professor Wilson issued a generation ago: the loss of biodiversity is a folly our children will not forgive us. We hope the discoveries in this work will help us prevent that warning from becoming prophetic. 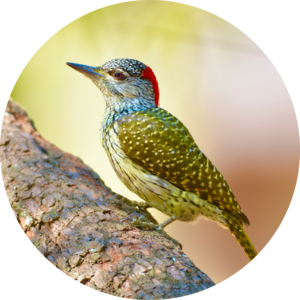 I care about conservation and finding ways to make serious challenges, like climate change, a little more manageable. I have also worked for many years on policy related environmental protection and evidence-based decision-making. When I’m not busy with those things, I love to go trail running, cycling, photography and to take my students to Tanzania to learn about wildlife and conservation.
Follow