The oldest evidence of modern bees discovered in Patagonia, Argentina

For most people, the concept of "fossil" is related to bones, leaves, shells and so on. What usually surprises people is that entire soils also become fossilized and with them the burrows made by insects, which are called insect trace fossils. Nests, pupation chambers, feeding chambers, and other structures become fossilized. Trace fossils have an advantage over body fossils. The latter usually suffer some kind of transportation before fossilization and so, in such cases, insect body fossils tell us nothing about the environment where the insects lived. In contrast, trace fossils not only give us a lot of information about the landscape where the insects lived, but also a lot of information on how the insects behaved. Ichnology is a time machine and the trace fossils allow scientists to watch extinct insects nesting, constructing nests, chambers, and cocoons.

The fossil bee nests were dug in soils that formed with volcanic ash during the Cretaceous period. Insects are great colonizers and like volcanic ash to nest. We did some research on recent Patagonian eruptions and confirmed this. Also, bees and wasps nest in sunny places reinforcing their preference for deposits of volcanic ash before the development of an extended plant cover.

The Cretaceous is a critical period for insect ichnology because most groups of insects that leave preservable traces appeared or diversified during this period. So, Cretaceous outcrops are my preferred ones. In our 2015 season, we visited a new outcrop for a day. At once we found the pupation chambers that were also described in this study. While doing so, one of us, Marcelo Krause, a geologist from the Museo Paleontológico Edigio Feruglio (MEF), saw the first bee nest, which was illustrated in the first picture of the paper. After that, we came back in 2017 to collect as many nests as possible and to study the sedimentology of the region, and particularly the paleosols bearing the nests. The latter was carried out by the geologists led by Eduardo Bellosi from the División Icnología of the Museo Argentino de Ciencias Naturales (MACN).

The significance of this finding in terms of phylogenetics is also critical. For the first time, the bee trace fossils are utilized to recalibrate the bee phylogeny. Such recalibration using these fossil nests, and other ones, provided also for the first time paleontological evidence that bees diversify quickly along with flowering plants. Previous phylogenies showed an unlikely scenario: the bees diversifying slowly along the Cenozoic whereas most groups of flowering plants had been already diversified since the early Cretaceous.

Let me mention the collaborators, all of them critical for this research and not mentioned before. Laura Sarzetti is a specialist in bee nests and was my coworker for the description of the nests along with Viky Sánchez. Both of them are from the División Icnología of the MACN and also participated in the fieldwork. Pablo Dinghi from the University of Buenos Aires had the unusual and difficult task to recalibrate bee phylogeny using the nests. Pablo Puerta from the MEF did all the technical work in the field including the extraction of the nests. Martin Umazano from La Pampa University collaborated with Bellosi and Krause in the geological fieldwork. Brian Jicha from the University of Wisconsin obtained the radiometric age of the rocks, another important and new piece of information provided by this study. Finally, but of great importance, Liliana Cantil, another specialist in insect trace fossils from the División Icnología of the MACN, put all parts of the puzzle together, gave the journal style and format to the manuscript, and compose the plates. 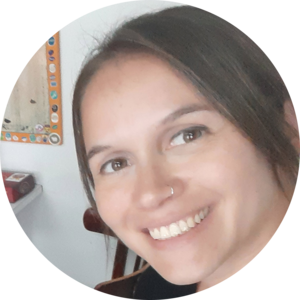