Today, we can track disease emergence and transmission nearly in real-time, but we know little about those processes in our distant past. That is largely because most prehistoric diseases left no visible trace in the archeological remains of humans they infected. However, sometimes the pathogen left a molecular jigsaw puzzle of its genomic blueprint, encapsulated in the excavated teeth or bones of the deceased. These blueprints hide in the ancient metagenomic data, the microbial genomic content that is usually discarded in ancient human DNA studies.

A pivotal study for me that illuminated the potential in solving those jigsaw puzzles, was the discovery of a prehistoric form of plague that was present during the Bronze Age but disappeared a long time ago [1]. Without ancient DNA (aDNA) we would likely never have known about this outbreak. While aDNA studies before have found prehistoric pathogens, this one was a shot in the dark and revealed something completely unexpected. That finding made me wonder how many more pathogens are hiding in the neglected portion of aDNA data.

All of this coincided with the opening of the newly founded MPI for the Science of Human History, which had the study of ancient human diseases as a major research mandate. At the time I was finishing up my doctorate and while there was no job opening advertised I applied anyway and got invited. There I met a passionate group of scientists excited about the possibilities offered through the study of ancient microbial pathogens, and shortly thereafter I found myself diving into the world of microbial genomics.

Soon it dawned on me that microbial data from archaeological specimens is incredibly messy, with modern and old microbial DNA mixed up. The otherwise sprawling field of metagenomics does not provide the tools necessary to efficiently detect microbial species that are truly ancient. Therefore we first had to develop a computational tool –- HOPS -- which evaluated each single sequencing read to assess if it is (a) specific for a microbial pathogen we are interested in, and (b) if it originated from an ancient organism rather than modern contamination [2]. HOPS allowed us to screen for many microbial species in parallel but here I focus on the analysis of S. enterica, where the human-specific serovar Paratyphi C was recently described in samples from medieval Norway as well as colonial Mexico. Paratyphi C can cause enteric fever and previous analyses led to the assumption that it emerged somewhere after the advent of agriculture possibly due to a spillover from pigs to humans.

We screened metagenomic data from nearly 3,000 archaeological samples, but identified only eight ancient Salmonella infections. That illustrates a major challenge inherent to ancient pathogen research, where query of many samples is typically necessary to find the few that harbor detectable levels of pathogen DNA. However, those eight ancient S. enterica genomes stem from individuals up to 6,500 years old, the oldest bacterial genomes to date. They represent a transect through western Eurasia during the advent of pastoralism and agriculture, which provides an unprecedented view into the diversity and evolution of S. enterica during this transformative time.

The transition in human lifestyle from foraging to pastoralism and agriculture during the Neolithic revolution represents possibly the biggest cultural change in human history. This transformation was accompanied by a change in mobility, the introduction of domesticated animals and increased contact with animal and human wastes, which facilitated a more constant and recurrent exposure to pathogens. It had long been thought that many zoonotic diseases likely emerged during this period, but direct molecular evidence, such as DNA of Neolithic pathogens, would be instrumental to support this hypothesis.

We recovered Salmonella genomes from transitional foragers, pastoralists and agro-pastoralists, and while all are part of a related group within the much larger known diversity of S. enterica, only the (agro-)pastoralists were infected by strains that are progenitors to human-adapted Paratyphi C. Leveraging the genome-wide data we could further infer that the ancient S. enterica were likely not yet specific to the human host and rather were also able to infect animals.

The identification of putative non-host adapted S. enterica strains in humans more than a millennium earlier than the previously inferred spill-over event from pigs to humans suggests new hypotheses about its origin. (a) The pig-adapted strain is a result of an anthroponosis (a spillover from humans to pigs), or (b) that adaptation to both, humans and pigs, occurred independently during the Neolithization process. Taken together, our results suggest that the introduction of agricultural practices enabled the emergence of a lineage that later gave rise to human-specific Paratyphi C, and thereby provides the first molecular evidence of zoonotic disease development during this transformative time.

For me working on this project with such a fantastic team, was much more than I envisioned when taking my first train ride towards the MPI in Jena. As usual, finishing one project immediately raises new questions, and I am looking forward to tackle some of those in my future lab at the MPI for Infectious Biology in Berlin. For now, however, I am grateful that our glimpse into the uncharted areas of aDNA has led us on a fruitful path.

The paper is published in Nature Ecology & Evolution: 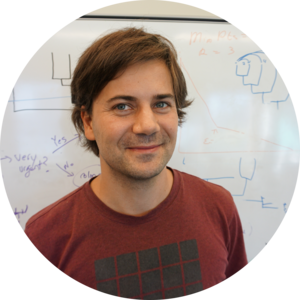