Models of carbon isotope discrimination have been incredibly useful to uncover plant function and its interaction with the environment. Apparent limitations of these models have required a closer inspection of the assumptions going into them, leading to an overhauled model with increased usefulness.

During photosynthesis, leaves preferentially assimilate the lighter 12CO2, while they ‘discriminate against’ the heavier 13CO2. The ability to mathematically describe this process lets us separate out components of the experimentally observed discrimination in plants and attribute them to different biochemical and biophysical processes. In doing so, we can answer the question of how each of these components varies between species and environmental conditions and what effect this has on CO2 uptake of the plant. In our recent paper we re-visit carbon isotope discrimination in C3 plants and derive a model that takes better account of respiratory processes. This allows us to more accurately probe any of the processes captured by the model.

A substantial amount of research world-wide tries to improve crop productivity to help feed a growing population. Much of this effort is geared towards removing photosynthetic constraints so that plants can assimilate more CO2 than they currently do. To understand what is ultimately responsible for why a plant photosynthesizes at the rate it does, we need to know the CO2 concentration inside the chloroplast, as CO2 is often limiting photosynthesis in C3 plants. Stomata and cell walls and membranes in the mesophyll impose resistances to CO2 diffusion, restricting CO2 delivery into the chloroplast where plants assimilate the CO2. While stomatal resistance (or its inverse, stomatal conductance) can be measured fairly easily, this is not as straight forward for mesophyll conductance (gm), which describes how easy CO2 can move from the inside of the leaf to the chloroplast. A highly debated topic over the past decade has been the fundamental nature of gm. Parallel to taking up CO2 by photosynthesis, plants release CO2 from respiration and photorespiration. The location of where this CO2 is effectively released (the contentious part of this discussion) determines whether we can assume gm to be constant, or have to take gm to be variable [discussed in more detail, for example, by Busch (2020) (source of panel a)]. My original aim with this project was to to settle this debate by determining, which of these two cases is closer to the truth.

Naively I thought I could just measure gm with the best available technique and see how well the data matches the models predicting gm. This includes in particular whether or not gm decreases towards zero when approaching the compensation point (the condition where there is no net CO2 uptake). What I hadn’t realized was that the widely-used carbon isotope discrimination model by Farquhar et al. (1982), which I thought was most suitable for testing this, is very sensitive to inaccuracies in some of the parameters going into this model. This was especially true for the assigned value for photorespiratory fractionation ‘f’, for which reported values differ by more than two-fold. Just by varying this parameter a little bit I could force gm to be constant (indicating photorespiratory CO2 is released inside the chloroplast), decrease towards zero at the compensation point (indicating that the CO2 is released inside the cytosol) and even increase towards infinity (see panel b). My conclusion was that I could not use the carbon isotope discrimination model, at least not in the way it was commonly applied then, to answer my question about CO2 diffusion in the mesophyll.

I then set out to get a better understanding of the Farquhar et al. model and was hoping I might find out what was going wrong by re-deriving the model from scratch. To my surprise, the model I derived differed from that Farquhar et al. came up with a long time ago. After discussing my results with Graham Farquhar, we concluded that the mismatch of the models stemmed from different assumptions that both of us made with regards to respiration. We realized the pitfalls in the original model and worked out a more sensible way to represent respiration in our new model. With Meisha Holloway-Phillips now on board, who spent endless hours together with Hilary Stuart-Williams setting up and constantly improving a system to measure carbon isotope discrimination in plants, we designed experiments that would allow us to assess the models and to test which assumptions going into the models were reasonable and which ones were not. We came out with, I think, a much better representation of the processes going on inside a leaf – a model that will let us address new questions in photosynthesis research, from the cellular to the ecosystem level. We still need to work on figuring out what some of the parameter values going into the model are (including the ominous ‘f‘), but as it turns out some general conclusions can be drawn with what we know so far. This includes that we can now be confident that gm is variable and some of the causes behind it, indicating that (photo)respired CO2 is effectively being released into the cytosol.

More broadly, we now have a model that will improve predictions involving plant carbon isotope discrimination made on any level, including studying photosynthesis and respiration on the global scale. And all this just because we set out to describe our understanding of plant function with equations. If those equations match our observations we have a nice predictive tool. And in the case they don’t, we have an opportunity to learn something new. 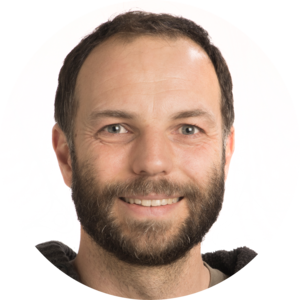