At a global scale, effects of climate and land-use changes on fish catches could be different across lakes

By analyzing long-term data for 31 lakes across five continents, we found that decreases in fish catch could be associated with either increases or decreases of a climate or land-use driver. However, investments on water management may reduce the likelihood of a substantial decrease in fish catch.

This study, now published on Nature Communications, started in 2016. Back to then, we (Mark Rogers, Bo Bunnell, and myself) were so motivated to initiate a project to better understand how lake fisheries may be affected by climate and land-use changes at a global scale. We were so motivated because our knowledge on lake fisheries is very limited (which is still true today!) despite their importance to food security and livelihoods and their vulnerability to stressors associated with human activities such as farming and electricity generation. One obvious challenge to this project is how to obtain enough data to support our analyses at a global scale. Because of their compounding nature, understanding effects of climate and land-use changes on lake fisheries requires long-term data, which has restricted previous studies to lakes in a few data-rich regions such as North America and Europe. Frequently, I was asking myself whether I have been too ambitious or whether the data even exist.

As the research idea came to fruition thanks to funding from the U.S. Geological Survey’s National Climate Adaptation Science Center, we were so pleased to learn that we were not the only ones who sensed the importance of this project. Based on literature surveys and our InFish network, we contacted scientists around the world and a majority joined the project and provided valuable local knowledge. At the end we were able to obtain long-term data (1970–2014) for 31 lakes across five continents, with about equal number of lakes in Africa, the Americas, Asia, and Europe, and built a team of scientists from 28 research institutes in 19 countries. The study lakes have very different fishery types as well as surrounding environment. This diversity allows us to identify the characteristics of lakes where fish catches can be vulnerable to climate and land-use changes, which has implications for identifying vulnerable lake fisheries around the globe.

After lots of work to standardize the data and build a model that could relate external drivers like climate and land use to the lake environment, and then predict fish catch based on the lake environment and fishing effort, we realized that our results were somewhat complicated. Some findings were intuitive: increases in air temperature always led to increases in water temperature. But then we found that increases in water temperature (a logical outcome of climate change) could result in either increases or decreases of fish catches across lakes. Our paper steps through these results for other drivers (e.g., changes in precipitation, changes in percent of the catchment used for agriculture) and we similarly found the effects on fish catch to vary across lakes. Ultimately, we conducted a correlation analysis in search of a more generalizable result, and found reductions in fish catch were less likely to respond to climate and land-use changes if a lake is located in a region with greater access to clean water. This finding suggests adequate investments to improve water-quality and water-use efficiency, which is a key to achieve the United Nation’s Sustainable Development Goal No. 6: Clean Water and Sanitation, can also provide additional benefits to lake fisheries and food security. 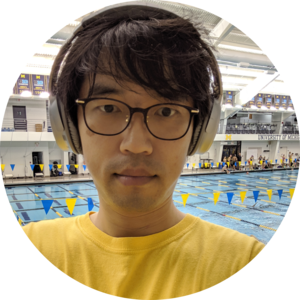 I am an aquatic scientist focusing on freshwater ecosystems and fisheries. I am especially interested in using quantitative models to support management decision-making.
Follow