Helping in animal societies can reach extreme levels and finally result in altruism and self-sacrifice. Outstanding altruistic behaviours, such as a lifetime abstention from reproduction, are rarely observed in vertebrates but occur frequently in social insects, such as bees, wasps and ants. Generations of sterile females (the workers) refrain from egg laying and forgo direct fitness to help raising their brothers and sisters produced by the queen and to thus gain indirect fitness.

However, in many social insect species, workers are principally capable of activating their ovaries and can lay haploid eggs, which develop into males. Usually, queens suppress worker reproduction by queen pheromones or policing behaviour, as reproducing workers often refrain from colony tasks and cause costs for the colony. However, frequent observations revealed that workers can nevertheless act selfishly and attempt to reproduce in order to gain direct fitness, at least under queenless conditions.

In this study we investigated whether polydomy (inhabiting multiple nest sites) enables workers to obtain direct fitness in the single-queened ant Temnothorax crassispinus. Colonies of T. crassispinus nest in spatially limited cavities in rotting branches or hollow acorns, and in summer often space out to multiple nests. In the absence of a queen, Temnothorax workers form rank orders by antennal boxing and biting, and the highest ranking workers lay unfertilized, male-destined eggs. However, in queenright colonies, reproductive attempts are usually punished by nestmates and worker-laid eggs are destroyed by the queen or other workers.

Surprisingly, genotyping natural colonies revealed a high proportion of related and unrelated males that could not be assigned to the queen. Based on the reported removal of worker-produced eggs in queenright colonies, we hypothesized that workers might increase their direct fitness by independent reproduction in the absence of the queen in queenless subcolonies. We therefore wondered, how successful workers reproduced in queenless colonies and whether worker-produced male larvae from queenless subcolonies were accepted by workers from the queenright subcolonies during and after colony fusion before hibernation.

To test this, we collected natural queenright colonies and split them into standardized queenright and queenless subcolonies containing 25 workers and in some colonies 25 larvae (figure 1). This gave workers from the queenless colonies the opportunity to produce eggs in the absence of the queen and to raise worker-produced eggs to larvae. During the reproductive phase, we fed the colonies with colored honey, which dyed the crop of larvae and enabled us to distinguish between queen- and worker-produced larvae during the following colony reunification. At the end of the reproductive phase, we gradually reduced the temperature to simulate pre-hibernation conditions and to prepare the colonies for colony reunification, which happens frequently before hibernation in nature. After ten weeks, when the larvae were visibly colored, we allowed several of the colonies to reunite in a newly introduced arena. For the following seven days, we monitored worker behavior and the survival of the larvae.

Figure 2: Two Temnothorax crassispinus workers during a tandem run. The anterior worker guides the posterior worker to the nest.

Shortly after the introduction of their nests into the new arena, workers started to explore the nest of the other subcolony and to initiate colony reunification. Temnothorax crassispinus ants usually guide other nestmates by tandem running, where the naïve worker follows the experienced worker to food sources or new nest sites (figure 2). Most of the subcolonies reunited within 24 hours in either the queenless or queenright nest, which indicates that nest choice was independent of queen presence (figure 3). During the separated reproductive phase, queenless subcolonies produced a comparable number of larvae as queenright subcolonies and workers could successfully transfer queen- or worker-produced larvae to queenless or queenright subcolonies, respectively. Interestingly, workers seemed to be capable of recognizing the brood produced in their former subcolonies and to preferentially care for them.

Figure 3: Temnothorax crassispinus queens are generally transported by workers to new nest sites and do not leave the colony on their own during movement.

To see whether worker-produced male larvae successfully develop into adult males, we kept the colonies under laboratory conditions until the larvae eclosed about 16 months after colony reunion. Reunited colonies produced a significantly higher proportion of males than queenright subcolonies that were not allowed to reunite with a related queenless subcolony, indicating that worker-produced larvae can successfully develop into adult males in the presence of the queen. In agreement with genotype data collected in natural colonies, our study shows that worker-produced males reared in queenless and queenright colonies may constitute a high proportion of the male population and contribute considerably to the direct fitness of T. crassispinus workers. 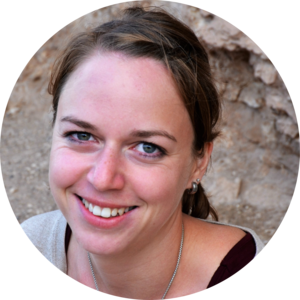