Community Evolution: Trying to understand adaptation in a complex world

Natural communities can be highly diverse with many species interacting in a complex ecological network. How such communities evolve is one of the key questions we are currently faced with. In our paper we demonstrate that bacteria adapt to a new environment depending on the community they live in.

Evolutionary studies typically investigate how species adapt to new environments considering a simplified scenario by either looking at ‘island’ populations or when organisms are isolated from their natural habitat1. Particularly for microbial communities, which can consist of hundreds or even thousands of species forming extremely complex ecological interaction networks, it is challenging to study how entire communities evolve. There are very few studies looking at artificially assembled microbial communities2,3, but how communities of natural complexity evolve remains unknown. One may think that other species occurring in the same habitat have little impact on how a focal species evolves, but it is also possible that the community a given species lives in has profound effects on its evolutionary trajectory.

Fig. 1. Growing bacteria in dialysis bags in a community.

Deploying a new approach using dialysis bags (Fig. 1), we track adaptation of 22 different bacterial strains embedded in 8 natural communities originally found in beech tree-holes. Keeping the abiotic conditions constant allowed us to modify the extend of biotic interactions (Fig. 2). We find that adaptation of species strongly depends on interaction with the background community, and focal strains are able to evolve in some but not in other communities (Fig. 3). Species evolution depends on strain-specific properties like genome size and how maladapted the strain is, but also on how diverse the background community is and how ecological niches are occupied. These bacteria compete strongly for recalcitrant resources in beech tree-holes4; consistent with this, resource availability is restricted in highly diverse communities. Further, we see a shift in the use of cellulose on cost of more labile resources. This makes a lot of sense to us as we, unlike in classical evolution experiments, did not transfer a small proportion of the population to fresh conditions daily, but only topped up the microcosms regularly. This should lead to a situation where labile resources are used up quickly and recalcitrant resources accumulate. Moreover, species that are pre-adapted in the use of cellulose evolve more.

Fig. 2. Bacteria are isolated from natural communities, characterized and caged in dialysis bags to allow recovery after evolution.

Up to this point we had only investigated phenotypic changes. Thus, next we looked into genetic variants. We sequenced two evolving strains (both Raoultella species) coming from all different communities and compared the genomes with the ancestors to search for genetic modifications in the evolved strains. While most of the genes holding variants cannot be annotated, thus we cannot assign a function to them, we see variants in genes responsible for recalcitrant carbon source metabolism and for inter-specific interactions. This makes us quite confident that these genetic variants are important key mutations that drive adaptive evolution.

Fig. 3. Evolution of focal strains depends on interaction with the background community. Some strains adapt strongly to the new environmental conditions (e.g. Raoultella sp.) while others do not evolve. Some of the communities are permissive in allowing evolution (e.g. community 3), while others are restrictive (e.g. community 6). It is the interaction between focal species and community that determines evolution (pie insert).

In 2013, when I started the project, I had the idea that intrinsic and extrinsic properties should finally determine how and why species evolve. It took me an entire year to decide about these properties and assemble my strains and communities in a way I anticipated this may give some results. After five years of very hard and demanding experiments the data indeed suggested these ideas worked. It was a fantastic moment to see these concepts acting. Starting an amazing paternity leave in 2017 was extremely helpful for further understanding. Most of the intellectual progress happened while I had my little son sleeping on my arm, being unable to move for hours. This allowed the brain to consider the various problems from different angles and bring the mixed pieces of the puzzle together… While the whole process was extremely demanding, all paid off when one of the reviewers said: "...this work is truly ground-breaking" (see review file).

Very recently we see studies looking into the question how species evolve when living in complex community5,6, which indicates this is a thriving field. Reading again the grant proposals Tim and Tom wrote 10 years ago, shows how well they both anticipated where the field may move in the future and I am super happy I got the opportunity to work with them.

The review process also indicated that researchers are diverted about “community evolution”. Our first submission round resulted in two initial reviewers which commented on each other’s review. A third and a fourth reviewer were consulted, each bringing a whole range of aspects into the discussion, and a heated argumentation between all them started; which was ongoing after the editors decided. In case you are interested, just let me know. This first round of reviews was kind of special!

This ambitious seven-years project was only possible because I was working in a group of great colleagues. I could not have completed the experiments without Meirion, who took over a great deal of lab work. Reuben and Damian not only contributed hands-on and intellectually, but were good friends getting me over harsh times. Finally, there were great discussion, with the rest of the Bell-Barra group, which I am very grateful.

Species are constantly in need to adapt to new environments, and global change is happening faster than previously anticipated. To understand and predict how natural communities respond to these changes calls for further studies investigating adaptation on the community level. I am confident that many more studies on “community evolution” will be published soon and push the currently limited borders. 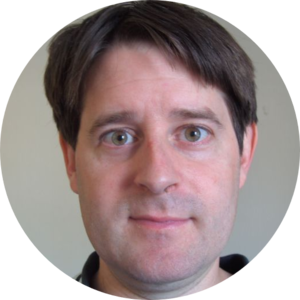