The honeybee ‘waggle dance’ is one of the best-known non-human examples of symbolic communication in the animal kingdom. This remarkable behaviour enables a honeybee, upon its return to the hive from an especially desirable flower patch, to transmit the location of this patch to its sisters. These individuals are then able to find the site for themselves. Here’s how it works: during a dance, a forager repeatedly moves across the comb in a particular direction while vigorously shaking her abdomen back and forth. How long each repetition (or ‘waggle run’) lasts and the direction it is performed in translate respectively to the distance and direction of the food source from the hive. By following several waggle runs, uninformed bees can decode these coordinates and successfully locate sites many hundreds of meters away (Figure 1). Yet despite the seemingly obvious benefits of being able to tell others precisely where to go to find the best flowers, studies that have removed bees’ access to this information have repeatedly found little effect on the overall amount of food a colony collects. Could it be, regardless of its rather spectacular nature, that the ability to transmit foraging locations is in fact of little relevance to the bees themselves?

It has been known for decades that waggle dances are not the only means by which honeybees can inform others about foraging opportunities. Successful foragers frequently offer small nectar samples during trophallaxis (Figure 2), allowing recipients to learn the scent and taste of the food source. Likewise, food-odour information can be obtained simply by antennating returning foragers. Guided by this knowledge, honeybees may then search their environment for flower patches that smell like what they have experienced in the hive. Could these alternative recruitment mechanisms account for why colonies that lack access to spatial information often perform just as well as undisrupted colonies? Answering this question requires some method of establishing whether foragers are responding to dances, food-related olfactory information, or a combination of these. However, this is not a trivial task, given that all these social information sources are typically available simultaneously in the hive.

My co-authors (Prof. Elli Leadbeater and Dr. Will Hoppitt) and I wondered if advances in social network analysis might offer a way forward. We reasoned that if honeybees are guided to a particular foraging site by social information, then the order in which they locate that site should follow a social network that reflects opportunities to acquire that information. If we could gather data on patterns of dance-following, trophallactic contacts, and antennation, and build the corresponding social networks, then it might be possible to use a technique known as network-based diffusion analysis to ask which network (or combination of networks) best explains the order in which bees discover foraging sites. In a paper released last week in Nature Communications, we do just that.

First, we needed to control the foraging opportunities available to our bees and the personal information each was privy to. To do this, we worked during late summer when natural food sources were scarce and provided bees with our own food sources instead. Working with one colony at a time, we trained two groups of bees to a pair of scented feeding stations (Figure 3). Importantly, each group only knew the location of one of these stations. Then, by emptying one of the feeders, we created an unemployed workforce that was now motivated to find the other, novel-to-them feeding location that was being advertised in the hive. Simultaneously, we recorded all in-hive interactions between our unemployed and employed cohorts (made possible by specially constructed glass-walled observation hives). We found that the order in which the unemployed foragers discovered the alternative feeding site was predicted solely by patterns of dance-following, indicating that communication of location information played a key role in this context. Olfactory information gained through trophallaxis or antennation alone was not sufficient to lead foragers to this new location.

On any given day, most honeybees do not seek out novel foraging locations, preferring instead to collect from sites they have visited before so long as it remains profitable to do so. One way to stay up to date about a prized foraging site without even having to leave the hive is to gather information from returning foragers. We therefore focused next on bees that already knew the location of the profitable feeder, but had been interrupted in their foraging. Which forms of interaction motivated these individuals to resume their foraging efforts? We found that under such circumstances, all three networks—dance-following, trophallaxis, but especially antennation—simultaneously contributed to reactivating these inactive foragers, alerting them that their familiar food source was once more available.

Taken together, our findings emphasize the multifunctional nature of the waggle dance. Following dances was crucial for recruitment to novel locations, but was also important for reactivating foragers to previously visited sites. Dancing can thereby organize a colony’s foraging operation even in situations in which the dance’s spatial information is of little importance. Our study also highlights that in many situations, non-dance interactions are at least as important as dances (if not more so) in guiding bees to food. Spatial communication via the waggle dance may thus be more appropriately viewed not as the centrepiece of honeybee foraging, but as just one component of an integrated, multi-functional information-sharing system. Adopting this perspective may yield new insights into one of behavioural ecology’s most enduring questions: what is the adaptive value of the honeybee waggle dance, a behaviour that has failed to evolve in even a single other social insect lineage? 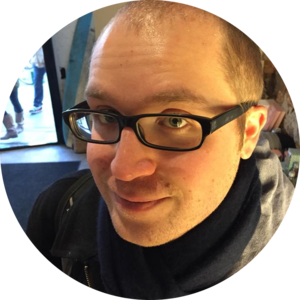