Although recent research has revealed high genomic complexity in the earliest-splitting animals and their ancestors, the macroevolutionary trends orchestrating gene repertoire evolution throughout the animal phyla remain poorly understood.

How to be an animal. This was the ambitious question we had in mind when we started our project. It is well-known that many animal genes have a very old origin and that they originated before the split of animals and fungi. Then, if we share these ancient genes with fungi, what makes an animal an animal? How did animals acquired their intrincated morphology, illustrated by their brains, guts or gonads? To answer this, we decided to use a bioinformatic spyglass to carefully examine more than 230 animal genomes to shed light on how their genes had evolved. And since animals are so different, we decided to have a look at the gene repertoire of all main animal lineages, called phyla - the equivalent of playing Pokemon and catching them all.

Previous studies had shown that, indeed, no single gene family characterizes the origin of animals: the closest relatives of animals, morphologically simple organisms called choanoflagellates, have genes related to complex functions in their genomes. These studies analyzed similarities between animals and relatives from the static perspective of gene composition - what genes families are in their genomes -, but lacked the dynamics that evolutionary processes have,  such as gene duplications or losses. Imagine that you want to prepare cookies. If you think about the ingredientes - flour, butter, milk, sugar and eggs - they are the same ones that you need to prepare pancakes. However, the amount of each ingredient, the order in which you add them and how - mix the butter with the milk and the sugar, then add the egg, after that add half of the flour and stir together, then slowly add more flour while homogenizing the dough - is completely different. The previous studies had discovered that the “ingredients” (or genes) to be an animal or a choanoflagellate are virtually the same. However, the “recipe”, illustrated by the dynamics of each gene, remained largely unknown. And this is what we wanted to explore: we applied a phylogenomic approach to understand how (speciation or duplication), when (in which point in the Animal Tree of Life) and how often (how many times) each gene in each genome had been gained, duplicated or lost.

The results: although the ingredientes are the same, the recipe for “baking” an animal or one of their morphologically simple close relatives is different. We found that gene duplication was much higher in animals than in their relatives. We found two main waves of gene duplications in animals: one at their origin, and one at the level of phylum. Remarkably, the putative function of many of the duplicated genes at different evolutionary times was related to the neural system, highlighting the complex evolutionary plasticity of this system and potentially its convergent evolution across animals. We also found that many of the main animal lineages (such as deuterostomes, animals that molt - ecdysozoans - and animals with spiral cleavage - lophotrochozoans) were not characterized by gene gain but by differential gene loss. We think that many of the genes that duplicated in the past were differentially lost in the different lineages, which may explain why it is so difficult to compare their genes in order to infer their phylogenetic relationships.

The conclusion: it is not the presence or absence of specific genes what characterizes animal origins and diversification, but their complex evolutionary dynamics, with waves of duplications and losses defining each animal lineage. We hope that this study serves as an atlas to navigate across animal genomes and sets the road towards understanding evolution of gene repertoire and how genes gain their function across animals at a deeper level. 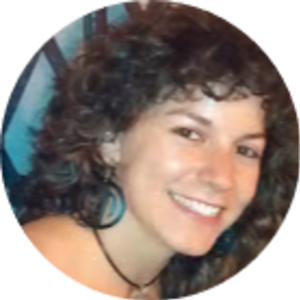