The biting behavior of the flea affects the transmission efficiency of the plague pathogen, Yersinia pestis, between rodent hosts, providing more opportunity for the pathogen’s survival in the face of varying environmental factors.

Over the last few decades, genomic sequencing of plague samples –both present-day and ancient strains recovered from skeletons– has been used to understand how plague strains are related to each other along their genealogy. These studies have produced very interesting findings like that the strain of plague that spread through Europe during the Black Death is a direct ancestor of the plague that started the Third Pandemic more than 400 years later[1], and that plague outbreaks were tied to human trade[2, 3].

But genomic sequencing, especially when combined with microbiological experiments, can also be used to understand the evolution of pathogens. Efforts to understand the evolution of Yersinia pestis have revealed how the bacterium evolved from the ancestral Yersinia pseudotuberculosis, a far less lethal pathogen causing mild diarrhea[4, 5] and how quickly it evolved during its 5000 years of existence[6].

In 2007, we proposed a project to look at the evolution of Y. pestis in a small-scale region in order to better understand how this pathogen evolves within its natural habitat over short time scales and which natural parameter affects the pathogen’s variation. We selected the Guertu region in the Tien Shan mountains in north-west China, for which we had 78 frozen isolates dating from 1967 to 2006.

By analysing the Y. pestis genetic variation within the plague ecosystem, we saw broad genetic drifts happening, with lineages expanding and disappearing. Remarkably, we identified a single gene, the omega subunit of RNA polymerase (rpoZ), which in more than 10% of the sampled isolates contained DNA sequence variants. This was far higher than what one would expect by a random pattern of mutation, indicating the presence of a strong positive selection signal for variants of this particular gene.

Previous studies had demonstrated in other bacteria that variants of rpoZ were associated with increased biofilm formation. These biofilms play an important role in the transmission cycle of plague, affecting two of the known ways in which plague can spread from fleas to rodents (biofilm-dependent transmission and early-phase transmission[7]). We confirmed in an in vitro setting that the rpoZ variants in the local plague strains in the Guertu plague reservoir also resulted in an increased level of biofilm formation.

Next, we asked the question: which natural factor, or driver, was responsible for the different variants of rpoZ? We collected environmental data for the period covered by our genomic data, including temperature, precipitation, flea index and rodent density, in order to better understand selective dynamics of the gene mutations of Y. pestis. Crunching the numbers, we found that it was colder and drier weather (coinciding with decreasing rodent host populations) that created a selective pressure in favor of the observed rpoZ variants. However, we were at first unable to understand the evolutionary significance of the observed selective pressure. Within the collaborative team we had long discussions how understand the observed dynamics evolutionarily. Then we suddenly understood: One of us (NCS) realized – on a flight between Oslo and Beijing – that what we saw was an example of Richard Dawkins’ Extended Phenotype concept, published in his 1982 book[8]: the rpoZ variants affected the behavior of the flea vector so as to maximize the plague bacterium’s own fitness. For verifying this concept with our data, Drs. Yujun Cui and Boris V. Schmid, the two co-first authors, spent extensive time to analyze the data. They, together with Professor Kjetill Sigurd Jakobsen and the two of us interacted a lot on the analysis and the interpretation of the results – and finally were able to put together what we think is a very interesting contribution both to our understandings of the plague system as well as to evolutionary biology.

Our conclusions are based upon a time-series type of analysis that combines genetic and climatic data. Of course, we – as well as one of the reviewers of our Nature Communications submission – would have liked to confirm this extended-phenotype proposition experimentally. However, experimental work with Yersinia pestis using a living flea vector is quite understandably restricted by high level of biosafety requirements. In the field, where we could observe the in vitroincrease in biofilm formation, we had no appropriate lab-facilities to test the behavior of these plague variants in vivo. Transporting living samples of plague across China to our facilities into Beijing, a city of over 20 million people, was likewise impossible. However, we are now building the necessary lab-facilities in China’s southern Yunnan province. Hopefully in a few years we will be able to show you the experimental results building on our current publication in Nature Communications.

This Behind the Paper post is co-authored by Nils Chr. Stenseth and Ruifu Yang with contributions from Yujun Cui, Boris V. Schmid and Kjetill Sigurd Jakobsen, all co-authors of the Nature Communication paper. 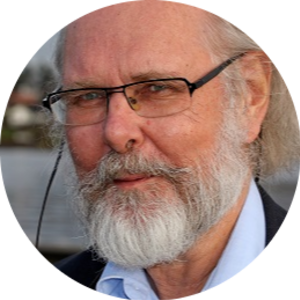