My research group is interested in understanding how we can stop (or at least slow) troublesome cases of evolution (Bull and Barrick, 2017). For example, microbial cell populations can rapidly mutate to inactivate useful functions that we engineer into their genomes for biosensing and biomanufacturing applications, particularly if encoding those functions is so burdensome that it significantly slows down a cell’s replication. We recently demonstrated a directed evolution scheme (PResERV) that can be used to isolate E. coli that replicate plasmids with higher fidelity as one way of improving evolutionary stability. The work that eventually became the current paper in Nature Communications began when my postdoc Xue Zhang attempted to use this approach to similarly stabilize functions encoded on a broad-host-range IncQ plasmid that we use to engineer symbiotic bacteria found in the honey bee gut microbiome (Leonard et al., 2018).

After a month of propagating bacterial cultures and sorting for cells that were better at maintaining expression of a costly GFP gene encoded on the plasmid, Xue found confusing results. Plasmids we isolated from the final cells had evolved large deletions that eliminated the gfp gene; yet, these cells were still fluorescent. Even more puzzling, some of the genes required for plasmid replication were missing. How was this possible? Eventually she realized that smaller plasmids coexisted with copies of the original unmutated plasmid in the same cells. They were non-autonomous cheaters that required proteins produced by the full-length plasmids to replicate. We call these newly evolved parasites ‘satellite plasmids’ based on their similarity to satellite viruses that require co-infection by a helper virus to replicate.

Given the importance of IncQ plasmids in spreading antibiotic resistance genes, Xue couldn’t help but think about what this laboratory result may have taught us about natural evolution. So, she started new evolution experiments described in our paper in which she monitored the evolution of E. coli that had been newly colonized with the original plasmid, with no selection for GFP function this time. She found that satellite plasmids again arose rapidly. In these experiments, GFP can be thought of as a proxy for a generic burdensome accessory gene that has no benefit currently but might prove to be key for survival if conditions change. Many such accessory genes that provide resistance to antibiotics or other environmental stressors catch a ride on IncQ plasmids because they can be spread by conjugation into new bacterial populations and diverse species. These plasmids might initially be needed by a cell for the function of one gene and only benefit from other accessory genes it encodes later.

These new experiments and population genetic simulations of plasmid replication and segregation described in our paper show how satellite plasmid evolution can act as a ‘safety valve’ to reduce the cost of the accessory gene on a cell. Basically, satellite plasmids without this gene take the place of some copies of the full-length plasmid in the cell, thereby reducing its copy number, expression level, and burden. Plasmids that delete just the accessory gene from the plasmid or that integrate the plasmid into the chromosome can also reduce the accessory gene burden on the cell, and these fates eventually evolved in Xue’s experiments. However, in these cases genes for the new trait (gfp in this experiment) are lost or trapped such that they can no longer spread to new cells, so—unlike cells with satellite plasmids—cells that evolve in these way are dead-ends in terms of further spreading the accessory gene to new cells.

Xue further showed that satellite plasmids also evolve in the honey bee symbiont Snodgrassella alvi, both in laboratory culture and when it colonizes the bee gut. This brought our work full circle. As with so many other cases in which scientists devise a problem for evolution to solve and then watch its tinkering in action, we learned about biology from this process: noticing this new solution to the problem of evolutionary stability. Recognizing that satellite plasmids can readily evolve will be important for researchers who are using IncQ plasmids for engineering microbiomes and new bacteria. Future work is also needed to understand how commonly satellite plasmids are found in nature and whether they provide a stepping stone that increases the chances that a plasmid will evolve to stably colonize a new host while maintaining important accessory genes.

Astronomical images are from NASA. 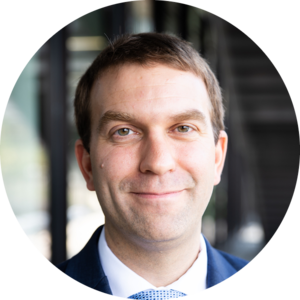 Associate Professor of Molecular Biosciences, University of Texas at Austin