What happens to social networks when long-held subsistence practices, and the close-knit relationships they rely on, are left behind?

In most places, for most of human history, family relationships have been a cornerstone of the economic, political and ritual organization of social life. While it would be wrong to characterise any human society as purely ‘kin-based’ – strangers and non-kin are core to human social networks, in the past as in the present – the making and maintaining of kin relations is a central feature of most societies.

A foundational question for social science then, is how so-called 'traditional' kinship connections change as populations go through major economic and social transformations. With globalisation reaching every corner of our planet, this question becomes more pointed: how does market integration effect social relations?

In the broadest sense, the power of the family is thought to weaken. Working habits in labour markets can take people away – literally, socially, and metaphorically – from family-oriented life. Over time, occasional market interactions form a backdrop to pre-existing subsistence systems. Depending on the time and place, two economic regimes can co-exist.

With this contact comes cultural change: perceptions about the wider world expand, outside concepts become familiar, values are challenged. Powerful family ideologies literally get less air-time with the expansion of mass media and schooling. Over time, people can become less beholden to the obligations of kinship, like the arrangement of marriages, the contribution to collective labour, or the communal rearing of children.

The German sociologist Ferdinand Tönnies first articulated this shift as a transition between two fundamentally different kinds of social life: Gemeinschaft (community), a social world built on mutual bonds of support, the bonds themselves being the core feature to be maintained, and typified by small-scale farming communities; and Gesellschaft (society), a social world in which impersonal institutions, bureaucracy and instrumental social contacts take over as the spheres of interaction expand. This simple dichotomy conceals a lot of variation. Even the term 'community' is vague and slippery, but it is still useful to think with because it evokes a thick assortment of core features and meanings associated with transitions away from a subsistence economy.

One of the core changes has to do with the nature of families themselves. Over the last 200 years, we have been experiencing one of the most profound demographic and social transitions in human history - the global transition to low fertility. Historically this transition emerged in the context of the industrial revolution. Contemporary transitions are broadly associated with exposure to market economy. While the costs and benefits – both economic and cultural – of childrearing in market economies are complex and still poorly understood, some researchers think that the loosening of kin connections is critical to the process of fertility decline, by allowing new values about reproduction to spread in a population. But there haven’t been any clear empirical tests of this hypothesis.

Of course, sociologists have long studied how kin are 'lost', 'saved' or 'liberated' as populations urbanise. But data from farming communities engaging in the labour market are lacking. In this study I set out to fill this empirical gap, based on anthropological fieldwork in rural Poland between 2009 and 2010, during which I lived and worked with 22 different communities experiencing rapid demographic and economic changes. I collected data from almost 2000 women about their family values and history, about their concerns for the future of farming in the region and about their close personal networks. Participants shared information about their (up to) five closest friends, as well as their friends’ connections to each other. These included family members as well as non-kin, people living close by and far away, but we focused on women the participants felt they could talk to about “important personal matters”. The resulting ‘ego-networks’ represent the inner circles of participants’ social support networks as they relate to reproduction.

Previously, I and my colleagues have examined how fertility decline in these communities is influenced by social dynamics related to changing levels of education, wealth and inequality; how close social networks influence and channel the kinds of contraceptives people use, and how inheritance and migration strategies are being adapted to the new subsistence base. In the current study I zoomed in on one specific feature – the density of family connections in a woman's inner circle of friends – and how that might be changing as the community moves away from farming.

This particular feature – kin density – hasn’t been explicitly measured before: most studies have counted the proportion of social network contacts who are kin – but not the kinship relations between those individuals. Because ‘kin’ encompasses in-laws as well as blood relations, one of these measures can’t necessarily stand in for the other: if your friends are mostly blood relatives, the density of kinship connections between them is much higher than if your friends are in-laws, who may have no relation to your other contacts. So the current study offered the opportunity to disentangle a number of measures that are intricately related: the size of the ego-network, the overall density of connections (in other words, how clique-ish they are), and the density of kinship connections (how kin-oriented they are).

I was able to show that when women live in communities and households that are more market integrated – where fewer people practice traditional farming and more people are engaged in market labour – their ego-networks tend to have fewer kin connections. In contrast, the overall density of connections does not differ substantially or consistently by levels of market integration, nor does the size of the network. This means that women’s ego-networks can be thought of as becoming less kin-oriented, but not necessarily less cliquish or smaller, with market integration. This loosening of kin-relations was also independent of the fact that married women tended to have more family-oriented networks, as did women who got married within their community and women who were living in farming households.

This finding is interesting because it provides support for a key assumption about how social networks change with market integration. It also shows that what other people do matters for your own social interactions: kin density was influenced not simply by the level of market integration in a woman's own household, but by the extent to which other people in her community were market integrated too. This speaks to broader social dynamics that operate beyond individual-level predictors or characteristics. The question now is whether these subtle transformations have knock-on effects on the social dynamics of reproduction, either directly in terms of the information and resources that flow between contacts, or indirectly as these small changes scale up to alter the broader social milieu.

There is a specific historical and cultural context to these results. After the decline of the Soviet Union in 1991 many communities across Eastern Europe and Russia shifted back to pre-Soviet household-based subsistence strategies. Rooted in the traditions of peasant farming, close family members depended on each other to cooperate and to adapt to the collapse of centralised agrarian systems. In the region of Poland I worked in, these kin-based subsistence practices were never truly disrupted in the first place. The program of land collectivisation failed in Poland and was abandoned in 1956. It is only since Poland’s accession to the EU in 2004 that pressure to 'modernise' smallholder farms has substantially increased. Many of the participants I worked with felt they were witnessing the first real existential threat to a way of life that had remained largely intact for centuries. Whether these profound changes are compatible with a continuation of subsistence farming remains to be seen. At the time of my research, more than two thirds (78%) of interviewees wanted to continue living in a village rather than a town. But only half of them (48%) said they wanted their family to continue farming in the future.

In thinking about subsistence change more broadly, it is important to remember that these kinds of transition are not necessarily linear, though they are often (implicitly) construed this way: hunter-gatherer subsistence gives way to some form of settled, then intensive agriculture, which inevitably gives way to market participation and ultimately the labour market. If you zoom out far enough from the realities of daily life and the local historical context, it can seem that way. But we know from archaeological and anthropological research that this has never been the case, nor are these transitions simple. The transition to farming during the Neolithic, for example, took thousands of years. Populations have always switched between different kinds of subsistence depending on the time and place they find themselves in. Today, most so-called 'traditional' populations practice mixed forms of subsistence. None are now truly outside the globalising forces of the market economy. 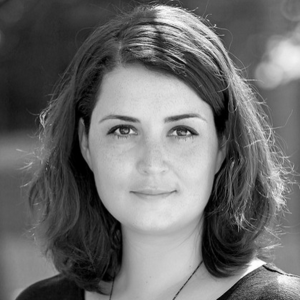