Behind the lucky discovery of Halicephalobus mephisto, the Devil Worm

With the advantage of hindsight, the discovery of the lone worm at Beatrix gold mine was pure luck. It is a cliché to note that serendipity plays a large role in scientific discovery. However, this is a perfect description of the discovery of the Devil Worm, Halicephalobus mephisto. An international team of Belgian, South African and U.S. scientists discovered the creature inhabiting warm fissure water accessed from the South African Beatrix gold mine at a depth of 1.3 kilometers. By drilling from the mineshaft into the subsurface rock, the researchers were able to tap ancient water that had not contacted ambient atmosphere for more than 4,400 years. Amazingly, only a single H. mephisto worm was recovered after filtering over 6,480 liters of water, and that single specimen is the only member of its species ever captured in the wild. While many different nematode species have been isolated both in Beatrix and other gold mines over the last decade, no other individuals of H. mephisto have been found even after multiple repeat trips to the exact same borehole where the first worm was captured.

Because the lone H. mephisto was captured by filtering thousands of liters of water, it sustained a broken tail, which is deadly. But the lone worm was treated in a ‘nematode ICU’, in hopes it would produce an egg, which would be sufficient to restart the population, because males are not necessary for many nematode species. The worm over-performed: it produced 8 viable eggs before dying, founding a whole population that has been reared in the lab ever since, for all subsequent analysis including our recent genome analysis (Weinstein et al, 2019). Thus, the lone H. mephisto who could has become the first entirely subterranean animal with a fully sequenced genome.

Perhaps not surprisingly, the genome of H. mephisto encodes 112 heat-shock protein genes, known as Hsp70s, a large number compared to other sequenced nematodes, such as Pangarellus redivivus, encoding 35 Hsp70 genes, and Caenorhabditis elegans with a mere 13. Hsp70 has previously been found to exist in all known life forms and restores cellular health due to heat damage. The genome also contains multiple AIG1 paralogs, which are cellular survival genes in plants and animals. Other notable features of the genome include about sixteen thousand protein-coding genes, of which 10,567 are identifiable using computational tools, leaving many unknown novel genes. In addition, the genome contains a large number of helitrons, a recently discovered transposable element that is thought to replicate through a circular intermediate.

Not only do they have dynamically evolving genomes, but nematodes are notoriously stress-tolerant. The genomic adaptations of H. mephisto are good examples of the adaptability and stress-tolerance of nematodes, which can routinely survive with only 0.5% oxygen or less (we need 21%) and many species can go into hibernation or be frozen in liquid nitrogen for decades and survive. Nematodes have an uncanny ability to follow bacteria, their food, and where there are bacteria nematodes will generally appear, even if they must adapt to extreme subterrestrial conditions to do it.

There was a canister of C. elegans nematodes onboard space shuttle Columbia in 2003. When the shuttle disintegrated at an altitude of more than 60 km—killing all astronauts aboard—the canister fell to Earth and was recovered a few weeks later. The worms had survived the g-forces of impact and were happily reproducing. Now, with the recovery of a lone subterrestrial H. mephisto worm, this stress-resistant organism provides another remarkable example of nematode survival and adaptation.

The full genome is reported in Nature Communications: 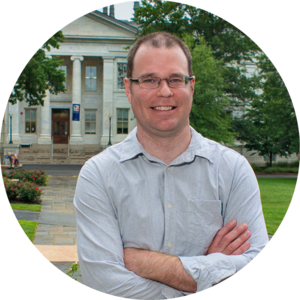