We discovered a striking difference in cichlid fish diversity in two little studied East African lakes. With genomic and morphological analyses we elucidate the evolution of these cichlids and provide an explanation for the difference in species richness between the lakes.

Cichlid fishes are well-known for their impressive adaptive radiations in East African lakes. They have been studied intensively for many years. It may thus be surprising that there are still large East African lakes left where the cichlid diversity remains unstudied. Lakes Bangweulu and Mweru, two lakes in Zambia and the DRC were such examples. The conditions known to be conducive to adaptive radiation in cichlid fishes such as sufficiently large lake size, low latitude, and sexual dichromatism are all met in these lakes. However, the cichlids of these lakes had hitherto mostly been studied for purposes of fisheries only, and it had remained unknown if cichlids had diversified in these lakes. In 2005, a team of researchers from Switzerland and Zambia, led by Ole Seehausen (U Bern, EAWAG, Switzerland) and Cyprian Katongo (U Zambia), set out to close this knowledge gap and investigate the diversity of cichlids in these lakes.

Ole had previously studied cichlids of southern Africa and discovered that the diversity of the so-called serranochromines, widespread in the region, had arisen during an adaptive radiation in the Okavango region in a lake that dried up several thousand years ago. In a paper published in 2005 in Nature, he and his Postdoc Domino Joyce reported that the ancient lake lied in a region of contact between the Congo and and the Zambezi faunal region and that hybridization between cichlids from Congo and Zambezi seemed to have been involved. When his team wanted to embark on fieldwork in the Okavango in 2005, Botswana had issued a temporary halt on all export of fish samples from the country. The team had to look for an alternative fieldwork system and Ole’s choice fell on Lakes Mweru and Bangweulu because these, like the Okavango region, were close to the Congo / Zambezi watershed, were known to have experienced river capture and to have a mix of Congolese and Zambezian faunal elements. Cyprian Katongo, who had been involved in the 2005 paper, had visited these lakes before, and together they planned and implemented the first thorough field survey that laid the foundations for the new paper.

The team of Ole, Cyprian, Rike Stelkens and Domino Joyce caught, photographed and identified over 600 cichlids in Lake Bangweulu and over 1200 cichlids in Lake Mweru and inflowing rivers. Three of the sites in Lake Mweru were sampled again in 2017 by Cyprian Katongo and Numel Phiri, a student of Cyprian and Ole, as were additional river sites. Quickly it became clear that despite many similarities between these lakes and the cichlids that colonized them, the two lakes differ strongly in their cichlid diversity. In Lake Bangweulu, we found only few species, all of which had already been described from other places. However, Lake Mweru revealed a dazzling diversity of previously unknown species. Most interestingly, the largest species diversity was present in the genus Pseudocrenilabrus, a lineage that also occurs in all other African Great Lakes but has not speciated in any of them. Pseudocrenilabrus acts as a small generalist in small water bodies and the periphery of larger water bodies throughout its extensive range from Egypt to Namibia. However, in Lake Mweru, it evolved into at least fifteen distinct species occupying all parts of the lake from its swampy edges to its rocky-shores and its vast open waters. Their morphologies suggest that different species specialized on zooplankton, insect larvae, or other prey items. In mate choice tests, the tested species displayed strong species-assortative behavioral mating preferences (Stelkens and Seehausen 2009). Pseudocrenilabrus species from Lake Mweru differ strongly in morphology and in male breeding colouration from each other and their striking resemblance to ecologically different Lake Victoria cichlid species suggests that they occupy a wide range of ecological niches. One species looks so strikingly similar to the Lake Victoria rock cichlid genus Pundamilia, that we named it “pundamilia-like”. Some species are so distinct that systematists assigned the only described representative to a distant genus, Thoracochromis, otherwise known only from the middle and lower Congo and Lakes Edward and Albert.

However, in contrast to Lake Victoria where only one lineage radiated, in Lake Mweru Pseudocrenilabrus is not the only group that diversified. Seven other lineages also evolved new species in Lake Mweru or in the rivers that enter the lake. In total, we found about 40 putative species as implied by differences in morphology, male nuptial colouration, and genetics. Two of the radiations are in predatory fish-eating cichlid lineages which – amongst other prey –  take advantage of the Pseudocrenilabrus diversity of all lake habitats. So one radiation may have facilitated radiations at higher trophic levels. However, the radiations do not seem to overlap much in ecology, suggesting that they also limit each other through competition.

As has been shown for other cichlid radiations (Meier et al. 2017; Svardal et al. 2019), hybridization can facilitate adaptive radiation. Hybridization augments the genetic variation with massive amounts of alleles that may lead to new traits, new combinations of old traits and transgressive phenotypes and can be sorted into different species (Marques, Meier, Seehausen, 2019). Our comparison of cichlid diversity in Lakes Mweru and  Bangweulu shows that hybridization can set the stage for diversification and thereby contribute to differences in species richness among geographic regions. 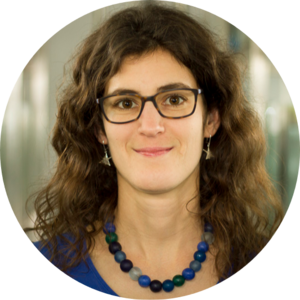