The earth beneath our feet

World Soil Day takes place on 5 December.  This annual event was first recommended by the International Union of Soil Sciences in 2002, to raise awareness of the need for healthy soil and promote sustainable management of soil resources.

To join in the celebration of World Soil Day, we have dug around in the community (soil pun!) and invited contributions to showcase research, ideas and opinions in any area of soil-related science.  The posts, brought together in a special channel, cover a diversity of topics, including microbes, nematodes and carbon storage.

Plants of the ancient orchid family - like most other terrestrial plants - form a symbiotic relationship with soil fungi and rely on healthy soil ecosystems. In Zhong-Jian Liu's post, we hear about the early stages of orchid seed development into non-photosynthetic seedlings, and the orchid's reliance on mycorrhizal fungi for germination.

Camille Delavaux outlines why understanding plant-microbe interaction can help restore prairies in the Midwestern United States - almost all of which have been lost due to human activity.  Camille’s work focuses on understanding the complex relationship between soil fungi and plant roots, particularly how the fungi confer plant pathogen resistance.

The benefits and challenges of longitudinal climate change studies, using time-series data to provide a clearer picture of the climate feedback effects of soil microbes, are discussed in a post by Jizhong Zhou. Overcoming the issues of repeated soil sampling from small plots, long-term site management and changes in the research team led Jizhong to rewarding results.

A post from Paul George describes the effects of changing land use on the diversity of soil species.  Paul and colleagues used metabarcoding and physico-chemical analyses to study the richness of different soil communities, identifying the relative abundance of bacteria, fungi, protists, archaea and animals.

The soils of ‘blue carbon’ ecosystems - salt marsh, mangrove and seagrass - effectively store organic carbon.  Amanda Spivak tells us of research that set out to answer questions such as “How will the importance of blue carbon storage change at a global scale in the future?” And “What kinds of management and restoration practices will promote carbon storage and ecosystem sustainability?”

World Soil Day was officially adopted by the United Nations General Assembly in 2014 and is supported by the Food and Agriculture Organization of the UN, within the framework of the Global Soil Partnership.

The 2019 campaign focuses on ways to “Stop soil erosion, Save our future”.

Thanks again, we've doubled our followers

Back to About the community
Next

What advices would you give to yourself when you started? 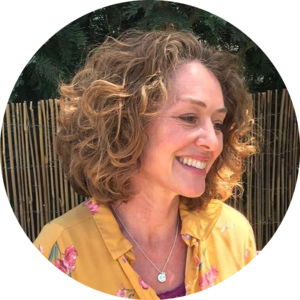 My PhD in molecular microbiology (investigating the function of RpoN in transcription initiation of nitrogen fixation genes) was awarded by the John Innes Centre and University of East Anglia, UK. Following a brief spell in R&D, developing automated microscopy for cryptosporidium monitoring, I moved into corporate communications, initially at drug discovery company, Astex, then the Babraham Institute, UK. Subsequently, I worked for around 10 years in various professional associations, developing membership strategy and communications. I'm currently a director/owner of a research consultancy serving the professional membership sector, and a freelance community manager.
Follow

Dive into the blue...
Contributor Nature Research
About the community, World Oceans Day 2020

Dive into the blue...

Emma Thompson
Exciting news: You can now add co-authors to community posts!
About the community

Exciting news: You can now add co-authors to community posts!

Recognising Earth Day 2020 across our Communities

Ruth Milne
Top 3 Behind the Papers from February
Behind the paper, About the community

Top 3 Behind the Papers from February

Ruth Milne
Nature Portfolio Ecology & Evolution Community
We use cookies to help improve your experience. By continuing to browse our website you are consenting to our use of cookies.
Learn more