Can Cows Teach us how to beat Cancer Malignancy?

A new paper explores why some animals are resistant to cancer spread.

In my native city, Vienna, Lipizzaner stallions are everywhere. On TV, on coffee mugs, on T-shirts. So it was not unusual that, as a kid, one day I would watch a documentary about these famous horses on TV. For no apparent reason one fact stuck to my young brain: Lipizzaner have a high rate of skin cancer, melanoma to be precise, but, unlike humans, rarely die from it. It is a chronic disease for them rather than an acute malignant one as it is for humans. Many decades later, as my lab was working on the evolution of mammalian pregnancy, this early memory resonated with what I learned about the evolution of placenta types in mammals: some animals including humans, have deeply invasive placentation, where the fetus takes on the appearance of a malignant tumor or parasite, and in others such invasion never happens. Among the latter are horses and cows. That is an intriguing parallel: lack of placental invasion and lack of malignancy. To be sure, we were not the first to be intrigued by this parallel, but we had the advantage that we thought about this parallel after new phylogenetic data showed that invasive placentation is the ancestral condition in eutherian mammals1-3, rather than the non-invasive placentation, as had been previously thought. This means that non-invasive placenta, and perhaps the resistance to malignancy, are derived conditions.

But first, I felt we needed to see how robust this pattern is. To that end I talked an undergraduate student, Alaric D’Souza, into digging out the veterinarian literature to calculate the malignancy rate for any species for which there is data. The result was quite convincing: animals with more invasive placenta are more vulnerable to malignancy than animals with non-invasive placenta 4. That was nice, but also not really satisfying since the taxon sample was rather limited and many potentially confounding factors could not be controlled for. That would have been the end of the story, one of many “just so stories” of which evolutionary biology is so rich.

The real break-through for our story came when I had a conversation with Professor André Levchenko, the director of the Yale Systems Biology Institute where I have moved my lab some years ago. Professor Levchenko asked me about the research in my lab. When I talked about the placenta, in his mind it all sounded like I am talking about a tumor, bringing back the idea about a parallel between embryo implantation and metastatic tumor spread. It happens to be that metastatic tumor spread is a subject area in which Dr. Levchenko’s lab has done pioneering work.  We both got so excited about the idea to combine my comparative approach with his invitro experiments that he hooked me up with his postdoc Dr. Kshitiz (now faculty at the University of Connecticut), a biomedical engineer with a golden hand for in vitro methods to test cell-cell interactions.

In this collaboration we set out to experimentally test the hypothesis that the evolution of stromal fibroblasts explains both, the evolution of non-invasive placentation and resistance to cancer malignancy. As Lipizzaner stallions are ubiquitous in Vienna, cows are prevalent in large parts of India, and live to old ages. Confirming our hypotheses, there is evidence that cows can get large melanoma primary masses which remain benign. An image from a report on a non-descript cow with a huge melanoma, hanging like a bell from its neck 5, captured our imagination and further confirmed that we were onto something (Figure 1).

In our recent paper in Nature Ecology and Evolution6, we not only show that cow cells, from both the uterus and the skin, are more resistant to invasion than homologous human cells, but also that manipulating the gene expression of human cells to be more cow-like, endows human cells with greater invasion resistance, at least in vitro. Our work places stromal fibroblasts central to the process of cancer metastasis, presenting an evolutionary framework to explain why humans (and some other mammals) are so vulnerable to metastasis. This finding also has implications for the integrated management of metastasis, a clinical approach that seeks to manage rather than eradicate the tumor7. My colleagues and I are very excited at the prospect that one day evolutionary biology in collaboration with molecular systems biology could lead to insights that may help curb the spread of cancer cells in human patients.

Department of Ecology and Evolutionary Biology 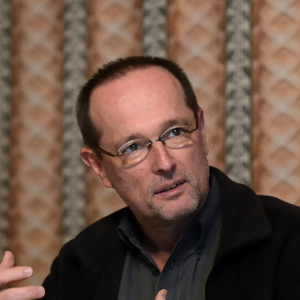