A toast to fermentation innovation via hybridization

From the ubiquitous lager beer to the local seasonal cider, hybrids play pivotal roles in fermentation. There is a dizzying array of hybrids and some have as many as four species contributing to their genome, revealing a long history of hybrids hybridizing with hybrids.

Next time you reach for your favorite fermented beverage, spare a thought for the incredible journey of the microorganisms who made that beverage. Our desire for novelty, both in flavor and ways to brew, adds complexity to the simple “yeast walks into a vat of grape must” story. One solution to invading a new niche is through hybridization and the combining of traits that exist separately in different species, and examples of this are popping up across the tree of life. A well-known example of innovation through hybridization is lager-brewing hybrid yeast that ferment at much colder temperatures than most brewing yeasts, but this is not the only time two or more Saccharomyces species have come together to create something new. In our study and the related study, we are beginning to pull the curtain back and discover the rampant and extensive hybridization that has happened throughout the genus Saccharomyces leading to fermentation products enjoyed globally.

The discovery of S. eubayanus, the wild “mother” of lager-brewing yeasts, seeded many projects in the Hittinger lab that myself, Dr. David Peris, and Dr. EmilyClare Baker were all working in tandem on. Our love of S. eubayanus led to many spirited discussions about hybrids in the genus Saccharomyces. Why are these hybrids mostly isolated in human associated environments and rarely in the wild, especially when S. eubayanus’ sister species, Saccharomyces uvarum, is sympatric in Patagonia? Does hybridization not happen in the wild, or are we just biased by a near century of focus on isolating yeasts from vineyards and brewing environments? How rampant is hybridization not just on the species level but between different population of different species? How do the parent populations of these hybrids affect traits under selection? What undiscovered hybrids are still out there? These questions led to fruitful discussions with collaborators and we set out to try to answer some of them.

We knew we could integrate existing data for natural Saccharomyces hybrids, but we also wanted to discover if there were more hybrids lurking in culture collections. We went to the local brewing supply store to buy commercially available yeast starters, which raised some eyebrows when we took receipts in for reimbursement. We also went through the ARS Culture Collection (NRRL) of the USDA to get Saccharomyces yeasts that had been isolated from as far back as the 1890s. FYI: lyophilization stands the test of time, I was able to revive strains from the 1970s. We sequenced 160 new yeast strains and, of these, almost 42% were identified as hybrids or strains with introgressions from other species. Integrating these new strains with previous whole genome data for hybrid Saccharomyces brought our total up to 122 hybrids.

Overall, our findings showed that the wild parents were all from European or Holarctic populations and the S. cerevisiae parents were from three domesticated lineages. Given that a majority of these hybrids were isolated from European style fermented beverages or directly from Europe these findings may not be surprising. The hybrids arose from a narrow swath of the diversity of their parents, so if we want to make new and interesting brews or answer basic questions of microbial diversification, we should look to the wild.

We next tackled the task of determining the genetic basis of some of the unique traits of these hybrids, a big outstanding question being cold tolerance. While working on this project, it became evident that the mitochondrial genome (mtDNA) plays a major role in cold tolerance. Emily and Peris have done some lovely work showing that inheritance of a cold-tolerant parent’s mtDNA corresponds to a more cold-tolerant hybrids in lab crosses. We looked at mtDNA inheritance in our large dataset of natural hybrids and found a skew to inheriting a cold-tolerant parent’s mtDNA. This was excellent evidence that the wild parent contributed cold tolerance, likely via the mtDNA, and this innovation allowed for the rise of cold fermentation.

Other traits we explored are key to drinkable products. One being production of “phenolic off-flavors”, the clove-like flavors that are generally considered off flavors but prized in some beers. The production of these flavors requires that two linked sub-telomeric genes, PAD1 and FDC1, are functional. Lagers do not have these phenolic flavors, and this has been achieved through different paths in the two lineages of lager-brewing yeasts. Both lineages have completely lost the S. eubayanus region that contains these genes, the Saaz lineage has gone one step further an also completely lost the S. cerevisiae alleles, while the Frohberg linage inherited a non-function FDC1 allele from a domesticated S. cerevisiae parent. While the end result is a “crisp clean” flavor profile the different linages of lager hybrids have achieved that differently.

Finally, there is a treasure trove of things we did not extensively explore. For example, in sugar utilization, we found that both parents have contributed key genes important for the transport and use of maltose and maltotriose. Additionally, we discovered more predicted maltose/maltotriose transporters in hybrids and their parent species that have not been functionally explored. Exploration of these novel and complex hybrids and their wild parents is an untapped well for development of novel fermentation products and larger questions about the evolutionary consequences of hybridization, domestication, and diversification.

Archaea, biomorphs and life limits at the geothermal field of Dallol 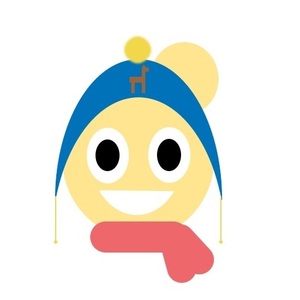