The Curious Case of Cryptococcus in the Pacific Northwest

Sometimes humans spread pathogens to new regions, and sometimes mother nature does the job, and sometimes they unwittingly complete the deed together. Such is the case, or at least we surmise, in the strange story of the virulent fungus Cryptococcus gattii and its transcontinental trek from the Amazon rainforest to the forests of the Pacific Northwest (PNW). This incredible voyage story involves the advances in ocean shipping, the opening of the Panama Canal, the occurrence of the largest earthquake ever recorded in the Northern Hemisphere and subsequent tsunamis and flooding. The players include porpoises, squirrels, llamas and possibly voracious amoebas. Piecing together this puzzle has taken a multidisciplinary One Health approach involving decades of data gathered from ecologists, soil biologists, microbiologists, epidemiologists, genomicists, bioinformaticists, wildlife biologists, veterinarians, clinicians, historians, seismologists, oceanographers and more.

The PNW outbreak of C. gattii, first in 1999 on Vancouver Island, then on the British Columbia mainland, soon followed by cases found in Puget Sound and finally in Oregon, was surprising for multiple reasons – none more so than the upending of the previous dogma that C. gattii was a tropics-only resident. Until the PNW outbreak, it was generally understood that C. gattii was primarily found in tropical regions of South America, Australia and Asia and could be associated with eucalyptus trees (in Australia and CA). Finding C. gattii in temperate Douglas Fir Forests was an anomaly. Next, the pathogen was causing a significant degree of pulmonary disease; not an unheard of outcome from a C. gattii infection, but the fatal pneumonia case rates were unheard of. Then there was the strange issue of the isolates from the PNW belonging to three distinct clonal lineages, with one having never seen before, and still only found in Oregon. Lastly, there was finding of the fungi in fresh and ocean water in the region with significant impact on local marine life, with deadly effects on cetaceans and pinnipeds.

Local health professionals sprang into action, quickly identifying numerous cases (primarily humans and companion animals), started mapping the locales of exposure sites and endemic soil and forest contamination. Multiple genomics researcher groups determined the clonal lineages – creatively called VGIIa, VGIIb and VGIIc (named after the major molecular type of C. gattii, VGII – which has subsequently been renamed by some groups as C. deuterogattii, but that is another drama that is still being played out). It was soon realized that the PNW clones were not brand new to the area, but were certainly not ancient either. That is where our story begins.

Given that the three C. gattii clones were about 70-90 years old, and they likely came out of the Amazon rainforest, we surmised that they hitched a ride on ships in the early part of the last century, when the opening of the opening of the Panama Canal in 1914 allowed easier commerce from Brazilian ports to western ports of North America. Ironically, we previously deduced that the Pleisteocene-era movement of Coccidioides posadasii, the fungal cause of Valley Fever, from North American to South America, had to wait until the Panamanian land bridge formed in the Pliocene, allowing for the intercontinental great biotic interchange of animals and their pathogens …what Mother Nature has joined, let Teddy Roosevelt put asunder. A cursory survey of shipping manifests and port logs did not find any obvious shipped Brazilian materials that could have resulted in widescale contamination of the PNW landscape. However, the ocean contamination, particularly around PNW ports, suggests an initial port contamination – most likely by ballast water, which is known to transport both micro- and macroorganisms from port to port.

So, this ocean-first hypothesis needed a mechanism to go from coastal waters to coastal forests, and result in large-scale land contamination. We took a hint from the original molecular clock studies that suggested the initial divergence 70-90 years ago. The phylogenies also suggested a secondary divergence event for each of the clones multiple decades later. This timing serendipitously coincided with perhaps the only event that could have caused such a large-scale transfer of microbes from ocean to land – the tsunamis following the 1964 Great Alaskan Earthquake. That 9.2 Richter scale quake was literally felt across the globe and sent tsunami warnings off as far away as Hawaii’. Anything living and lurking in the surface waters along the nearby North American coasts was certain to be exposed to land. Alaska felt the worst of it, with reported 67 m (220 ft) waves in Shoup Bay, AK. Water pushed through the Alberni Inlet on the western side of Vancouver Island at such height and velocity as to wipe out dozens of Port Alberni homes. Tsunami waves were felt down the coast and in the Salich Sea and Puget Sound and even pushed up the Columbia River. Twelve people on the beach in Crescent City, CA were washed out to sea. The devastation was severe and an unknown and unwelcome traveler may have now reached the shore, but it wouldn’t make its presence known for a couple more decades.

Where the C. gattii fungus was hiding and what it was doing during the 70’s and 80’s is still a bit fuzzy, not unlike for many of us. But it was there. Our best evidence is a human case of VGIIa cryptococcosis in a patient in Seattle in 1972. The details of that case are also fuzzy – but the fungus had made a rare early appearance. Perhaps additional cases occurred, in animals and humans, but they would be lost to history since no one was looking for them. Sporadic cases of human disease with C. gattii would have appeared indistinguishable from those caused by its more common cosmopolitan sibling species C. neoformans, and unless the isolate was specifically analyzed, it would have been impossible to distinguish between these two species. Perhaps the fungus was slowly growing and spreading undetected in the region; a 1992 environmental isolation occurred in San Francisco. Perhaps it was surviving in local soil amoeba populations (a demonstrated possibility by my co-author) where virulence can be enhanced.

Then seemingly out of nowhere, a number of cases were detected on Vancouver Island in 1999 – the more we looked the more it looked like a tidal wave of cases, both human and veterinary (including cats, llamas and dolphins). The case rate in the PNW was at least an order of magnitude higher than in other endemic regions. And cases were more typified by severe pulmonary disease rather than mild neurologic disease, as had been the norm. It’s still not clear whether the 1999 emergence was just an emergence in our diagnostic and epidemiologic conscience or if some other piece to this puzzle remains to be discovered. Alert clinicians, warmer climate, landscape changes, amoebic assistance - these are all possible drivers of the modern endemicity. But the stage may have been set by two forces of nature: Teddy Roosevelt and plate tectonics. 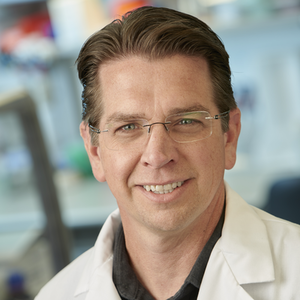